5 Destinations for Monet Fans in Japan

Connect with the revered artist in some unique ways

Claude Monet (1840 - 1926) was a founder of the impressionist painting movement, and was influenced strongly by Japanese art in his own works – particularly by Hokusai's woodblock prints. The love is very much reciprocated, and Japan is home to a number of destinations that pay tribute to this revered artist. This guide covers five of them.

This scenic pond in Gifu Prefecture was nameless once upon a time, until it gained traction on social media for more than a passing resemblance to Monet's art. Take a look at any of the works from his Water Lilies series, and you'll understand why!

Located at the Hamanako Garden Park, this wisteria-adorned building is called Monet's House – it's a replica of what was Claude Monet's real house in Giverny, France. The sprawling park is home to a wide variety of plant life throughout the year, so it's well worth a visit for more than just the Monet element.

Monet's Garden Marmottan is located in Kitagawa Village, Kochi Prefecture, and the venue has several themed gardens which are inspired by the artist's works and life. The three gardens are the Flower Garden, Water Garden, and Garden of Bordighera, the latter of which is influenced by Monet's travels to the Mediterranean with fellow artist Pierre-Auguste Renoir.

Opened in 1998, the Otsuka Museum of Art is home to over a thousand full-size ceramic reproductions of major works of art, including "La Japonaise" and "Water Lilies" by Monet. On the grounds of the museum visitors will also find a literal pond filled with water lilies from June through until September every year.

A new destination for art fans in Tokyo opening this summer is the Immersive Museum, which incorporates works from Monet plus other impressionist artists like Pierre-Auguste Renoir, Camille Pissarro, and Edgar Degas into a digital setting. The goal of the event is to allow visitors to experience art firsthand, rather than simply appreciating it from a distance. 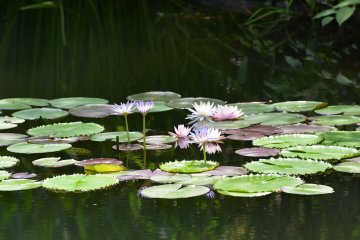 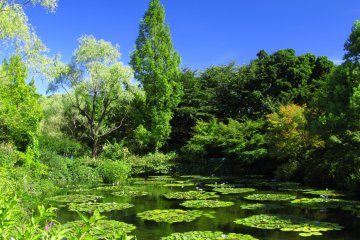 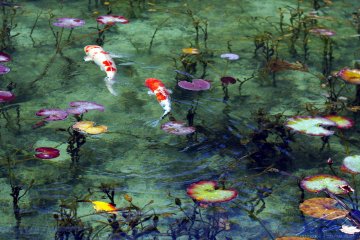 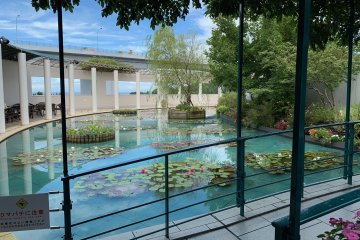 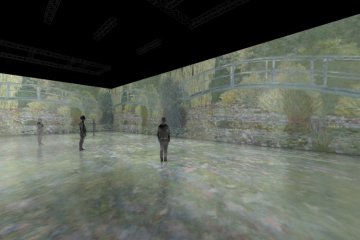