Live out your floral-filled dreams at these picturesque spots

Japan is blessed with some incredible natural beauty, which is particularly evident with the diverse range of flora that you'll see throughout the year. If you enjoy flower festivals, here are five great ones to add to your travel bucket list - they're all photogenic delights!

If you want to combine a flower festival with one of Japan's most iconic sights, look no further than the Fuji Shibazakura Festival. Taking place annually from around mid-April to late-May, the event can provide some jaw-dropping views of Mount Fuji on clear days. Pair that with the gorgeous shibazakura flowers blanketing the ground in varying shades of pink, purple, and white, and you'll have memories you won't forget in a hurry.

It wouldn't be a compilation of great Japanese flower festivals without including a sakura festival on the list. There are just too many impressive ones to choose from, but Aomori's Hirosaki Sakura Festival definitely gets top marks for the wow-factor. Hirosaki Park has been designated as one of Japan's Top 100 cherry blossom viewing sites, and it's home to over 2500 cherry trees. Throw in Hirosaki Castle in the background, and voilà - the scene is nothing short of magical.

You may have seen photos of nemophila at Hitachi Seaside Park being pinned on Pinterest or liked on Instagram and thought "is this place real, or is it a photoshop job?" - it's one of those images you see and just gasp at how unreal the beauty of it is. Often known by their other name of baby blue eyes, nemophila bloom from around mid-April through to mid-May, and the park becomes bustling with visitors during this time. Be ready to snap a bunch of photos - you'll instantly have your new favorite computer and cellphone wallpaper ready to go.

There's something so ethereal about wisteria in bloom. Tochigi's Ashikaga Flower Park is home to around 350 wisteria trees, and you'll see some incredibly impressive displays while they're flowering. The trees are vigorous climbers and wrap their way around whatever supports are available, and at the festival you can walk your way through a wisteria tunnel, relax under a wisteria canopy, and plenty more. The best time to visit is around mid-April until mid-May.

Azaleas are a springtime bloom that often get overshadowed in the hype of cherry blossoms, but don't discount them! There are a number of different azalea festivals across the country, but for one of the most incredible, Shiofune Kannon is a must. Located in Ome on the outskirts of Tokyo, the temple grounds here are home to thousands of colorful azalea plants that bloom in various colors. The perfectly manicured bushes make you feel like you've entered a whimsical, picture book land, and they bloom from around mid-April to early May. 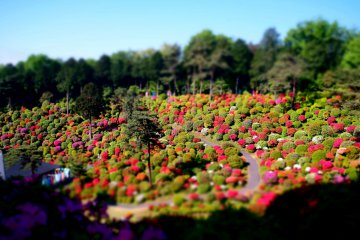 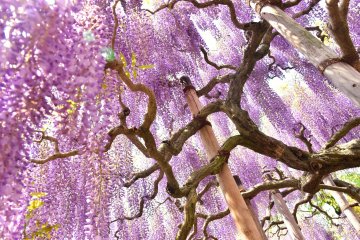 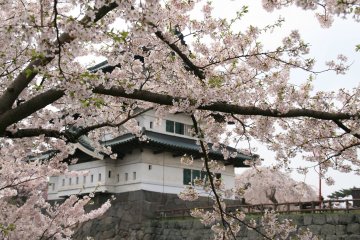 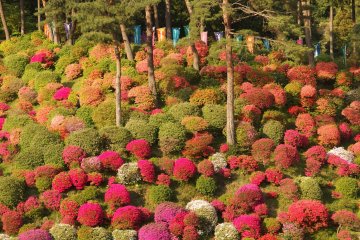 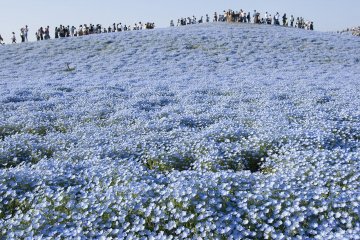 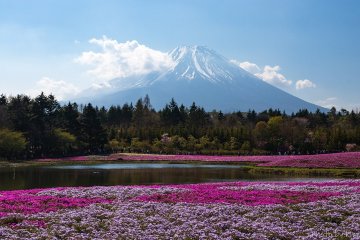