The inspiriation for the split blouder in Demon Slayer

Hidden in a grove of tree in Fukuoka Prefecture's second largest city, Kitakyushu, is the Shohachiman Shrine (荘八幡神社) of Kokuraminami-ku. Given its location in a rather rural area the shrine is mostly known by locals, however its most notable feature is a sight that is familiar amongst fans of the hit anime and manga series, Demon Slayer. The Suzuishi (鈴石) meaning "bell stone", is a split boulder that is almost exactly identical to the one seen in Demon Slayer. Thanks to the popularity of the anime, the shrine has become a popular hotspot attracting people of all ages from all over Kyushu to come visit.

According to the managers of the shrine, the Suzuishi flew from Mount Aso (in Kumamoto) over 90,000 years ago during a volcanic eruption that sent massive boulders flying all over Kyushu and Western Japan. Tests were even conducted on the boulder and found that the boulder was indeed from Kumamoto. The shrine however, was built in the 9th century to worship the Shinto god of war, Hachiman-sama, who is revered deity throughout Kitakyushu. While there is no record of when or how the boulder was split, patrons often pray to the Suzuishi for safe child-birth and a long life ahead.

There is not much information about the author of Demon Slayer, however, it is a fact that they are from Fukuoka Prefecture and there are rumors amongst the locals that the suzuishi of Shohachiman served as the inspiration of the boulder in the series.

At the shrine you can buy an omamori (good-luck charms), ofuda (wooden tablet) and even get a goshuin (red stamp) but my personal favorite is a handmade ceramic bell of the suzuishi (maybe to protect you from demons at night). When wanting to make a purchase be sure to use the doorbell to the left and politely let the obaachan know what you are looking to buy (saying omamori or goshuin followed by onegaishimasu should get the message across). If you are in the Fukuoka or Kitakyushu area and are looking to go be surrounded by nature for the day or a die-hard Demon Slayer fan, I highly recommend checking this shrine out.

Please do remember that this is a place of worship for people so be sure to enjoy and be respectful at the same time.

From Kokura Station Bus Center board the #138 city bus, bound for the Yayoigaoka Bus Office. After about 50 minutes get off at Sho-Hachimangu-mae bus stop (荘八幡神社前バス停). From there its only 3 minute walk to the shrine. Cross the vermillion brigde, toward the stone torii gates and you will see a long staircase surrounded in a grove of trees with the shrine at the top (comfortable walking shoes is recommended).

Currently based in the beautiful city of Kitakyushu in Fukuoka where I work as a CIR for the Japanese Prefectural Government of Fukuoka I have been travelling all over Japan since 2016 and currently have been to 38 out of the 47 prefectures of Japan. It is my dream to be able to have stepped foot... 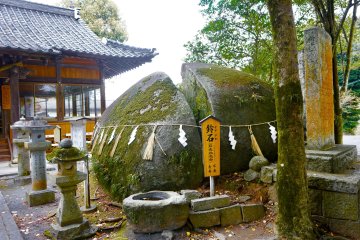 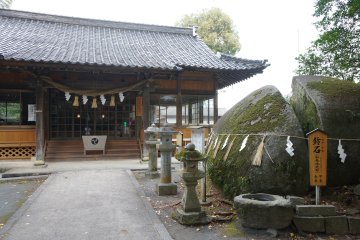 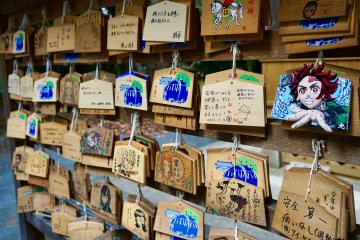 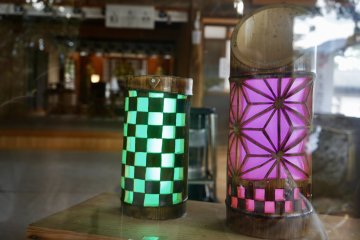 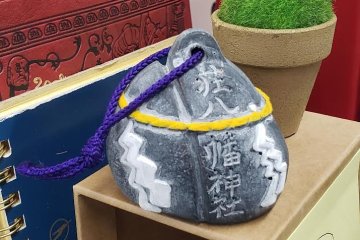