I've been living in Fukui city for four years now but had never explored the southern part of Fukui prefecture before. So I decided to do some serious exploration as a tourist and the first place I chose to visit was Tsuruga, just because it's the nearest southern city from where I live!

When you hear the name 'Tsuruga', the first thing that comes to your mind could be the two nuclear power plants it has, but actually, this city has been an important place in the history of Japan.

History of Tsuruga and Kehi Jingu Shrine Tsuruga is the largest city in the Wakasa region. It faces the Japan Sea, has a good port, and is close to Kyoto and Nara, where the Imperial court was located in olden times. For its geographical advantages (as an entrance to the Korean Peninsula and to the north-east part of China internationally, and domestically is the door to Kansai region), Tsuruga had flourished and the Imperial court regarded Kehi Jingu Shrine, the largest shrine in the area, as the most important and iconic shrine in the Hokuriku region since its foundation in 702.

So, this shrine had been a big-time shrine in the past. But what surprised me most when I learned about it was the fact that the head priest of this shrine sided with Nitta Yoshisada (- 1338), the famous samurai during the late-Kamakura Period, 'BUILT' Kanegasaki Castle in the neighborhood and fought with him! Well, it happened when shrines and temples had political, financial and military power, so it may not be a big surprise. But I just wondered how rich this shrine was at the time to be able to 'BUILD' a castle. After this castle fell (they lost the battle), the shrine lost its power as well as its properties, but it still had an approximate annual revenue of 240,000 Goku. Goku (Koku) was the financial measurement in the past and for instance, at the end of Edo Period the annual revenue of Fukui Han (domain) was 320,000 Goku. Considering the current annual budget of Fukui prefecture is about five billion USD...of course they could afford to build a castle or two! Anyway, inside the shrine grounds there is still a pine tree on which a priest hung the shrine flag to pray for the victory in the coming battle in 1336 (please see photos). For more information about this battle of Kanegasaki Castle, please refer to this article on Japan Travel.

Here are some other interesting things you'll find at this shrine.

Red Wooden Torii (Gate) Since its foundation in the 8th century, the shrine buildings were burnt down many times, and during WWII, only this torii survived. This red wooden torii, which stands as the main entrance to the shrine, was built in 1645. It's eleven meters tall and the third tallest wooden torii in Japan. It is recognized as one of the three biggest wooden torii along with the one at Kasuga Taisha in Nara and the one in Itsukushima Shrine in Hiroshima. It is designated as an important cultural property of Japan. The signage hanging from it was written by Prince Arisugawa Takehito.

Basho's Statue The famous Japanese poet of the Edo Period, Matsuo Basho, visited this shrine in 1689. He wrote two poems about the beautiful white sand in front of the main shrine building, divine, clear moonlight, and the ever-changing, whimsical weather of the Hokuriku region. To commemorate his visit, his statue stands in the corner of the premises. Power Water for Longevity Actually, for most visitors today, I assume this could be the biggest attraction, or motivation, to come visit this shrine. According to the wooden sign I saw beside the fountain, the shrine has a history as long as 2,000 years (including the times when they didn't have appropriate shrine buildings), and this 'Power Water' has been welling up for the duration and has been known to ensure good health and long life for centuries by local people. When you enter the torii gate and walk straight for a little bit, you'll find the water basin with a stone turtle on the left side of the walkway, and the Power Water for Longevity is coming out of the turtle's mouth!

Kehi Jingu Shrine can be accessed by community bus (4 min.), by taxi, or by 15-minutes leisurely walk from JR Tsuruga Station. For other photos of the shrine, please refer to the articles listed as below. 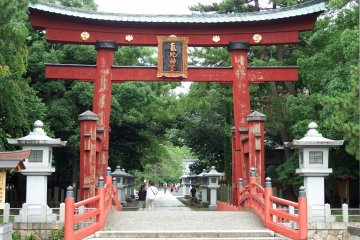 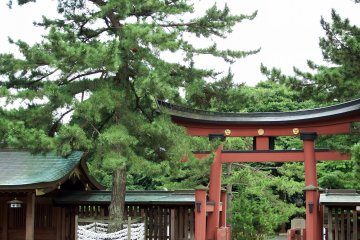 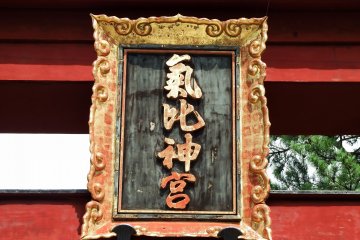 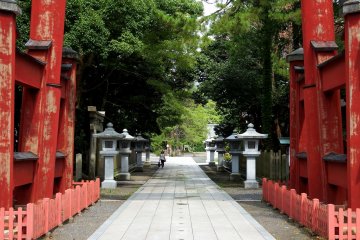 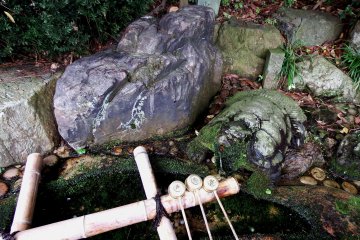 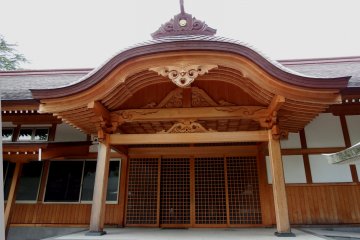 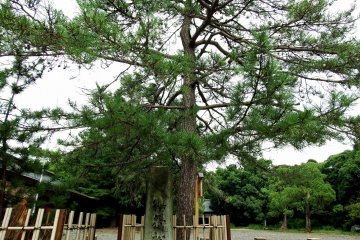 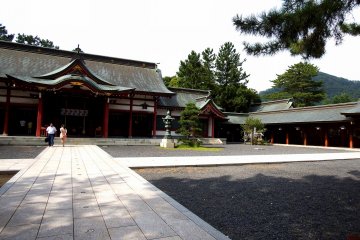 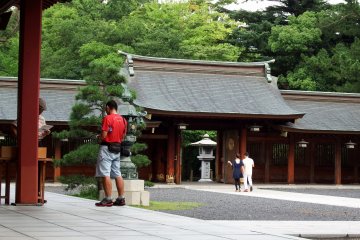 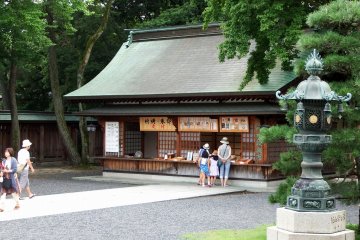 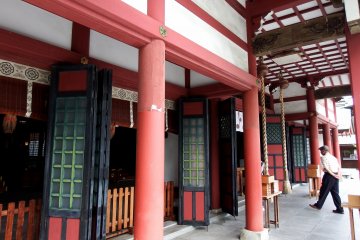 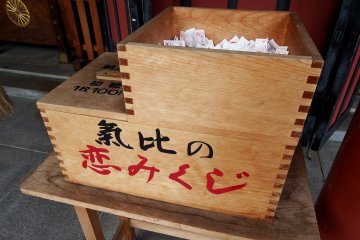 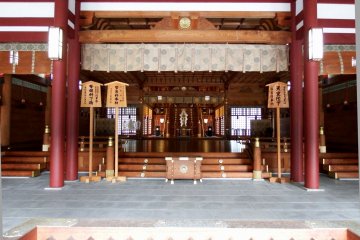 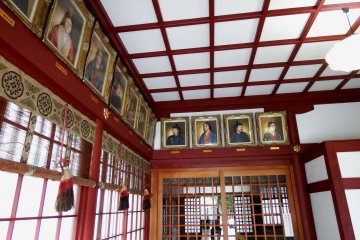 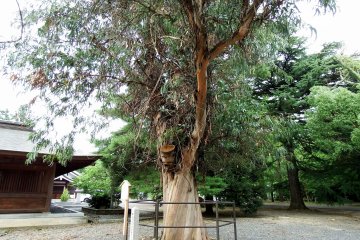 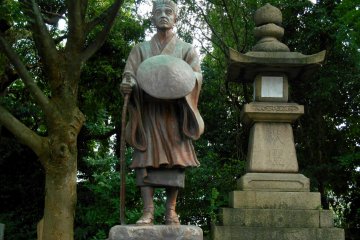