Putting a Spin on the World's Best Pizza

Question: where will you find the world’s BEST Neapolitan pizza? Italy? New York? Melbourne, Australia? Try Nagoya! It’s true! And the Trattoria Cesari has the papers to prove it.

Makishima trained in Naples specializing in pizza and took the name Pasquale in honor of his mentor. In 2009, he placed an impressive Third the prestigious World Pizza competition in held in Naples, Italy.

A year later in 2010, the Nagoya born chef out-baked 150 chefs from Italy, Spain, France and the United States to claim the rank of World Champion, shocking the Italian press who lamented the fact that the new Pizza King was a Japanese! If that isn’t enough to convince you, there are only 23 pizzerias across Japan recognized by the official Italian based Association for Genuine Neapolitan Pizza, and Cesari holds world wide member number 230! This is serious pizza!

At Cesari they produce a wood fired kiln cooked pizza boasting a crisp outer crust, with enough moisture retained in the center to remain slightly chewy, but not get soggy. Rather than go for creativity, Makishima chooses to remain traditional. The chef strives for authenticity, making a true Neapolitan pizza. Using the finest ingredients is without question, and his intensive training has taught him the correct way to break down tomatoes and remove the excess moisture from mozzarella cheese, to provide you with the world's best pizza.

The interior of Cesari’s invokes a foreign flavor and includes a corner showcasing the many certificates and awards won by Chef Makishima. An outdoor balcony section overlooking the arcade below is still covered by the arcade’s high-set roof, and makes for a year round pleasant dining experience. The restaurant is also a popular party venue, so it’s always a good idea to call ahead to ensure a seat. Whenever you decide to go, get in early as there’s often a long line at lunchtimes, and we mean LONG! 20 meters plus long! Despite the wait, you won’t be disappointed!

There is a wider choice of menu available at Cesari’s than at most other pizza parlors in Nagoya, although admittedly it’s not the cheapest place in town, the extra cost is still value for money.

The menu features an extensive array of Italian dishes and side orders, but let’s face it, you come for the pizza, the World’s BEST Pizza! 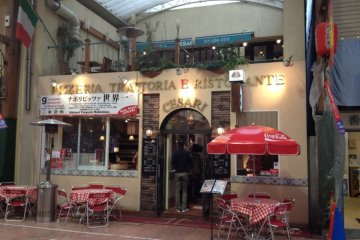 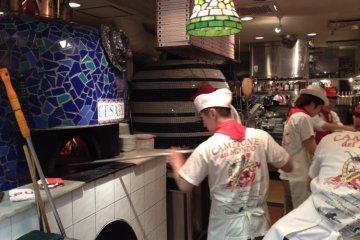 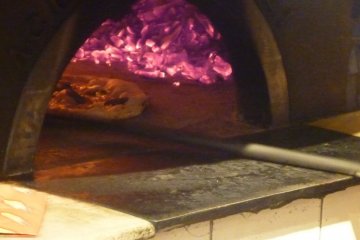 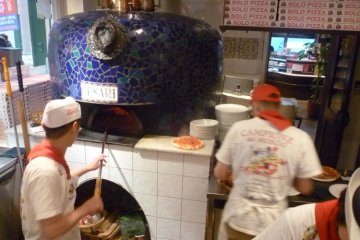 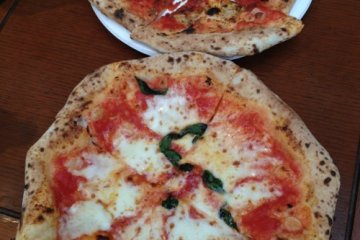 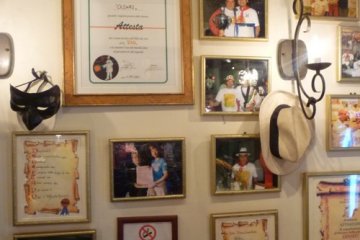 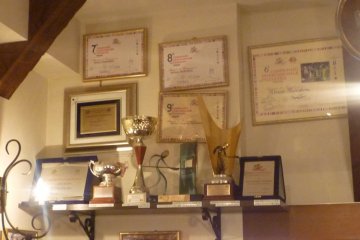 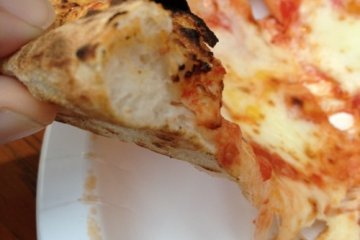 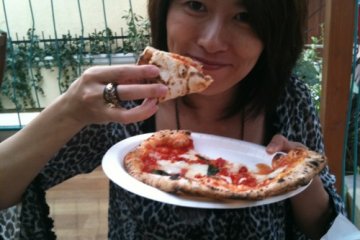 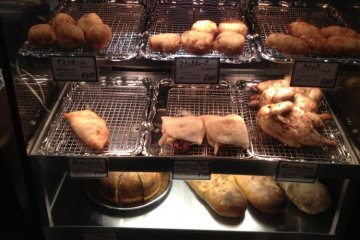 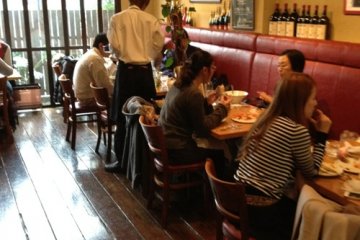