Stories from the temple of the Oda Clan

As with much of Nagoya’s history and culture, you have to dig below the modern exterior to find the treasure below. This is very much the case with Banshoji temple, one of Nagoya’s most popular temples.

The original Banshoji was built by Oda Nobunaga’s father, Nobuhide, in 1540 near the village of Nagoya and not far from the original Nagoya Castle where Nobunaga was born, and where Tokugawa Ieyasu eventually decided to build his great castle. The site was chosen as the first abbot and Nobuhide searched for an auspicious location. After much searching, they were returning to their castle when they saw a turtle, a lucky symbol of long life, sunning itself on a rock. This would be the place! And so Banshoji, or “Ten Thousand Pine Tree Temple” became the Oda Clan temple.

It was here that Oda Nobunaga, known as quite an impetuous young man, arrived late for his fathers’ funeral, stormed into the Banshoji Temple in front of clan members and retainers and instead of gently offering incense, threw a handful of ashes at the alter and knocking over the incense burners and table, stormed out, causing a great disruption to the proceedings.

Another interesting story involving the temple and it’s special protective powers remains active to this day. During the construction of Nagoya Castle in the early 1600’s, the samurai architect Kato Kiyomasa stayed at the temple. While there he heard the story of how the temples’ offering once saved Nobunaga’s life.

Having visited the temple to pay his respects to his father’s grave, the head priest gave Nobunaga some “mochi”, pounded rice cakes. Nobunaga stuffed the thick cakes into his kimono front and set off. Not long after, a marksman lying in ambush shot at Nobunaga! The bullet hit it’s mark, but the Lord was saved by the mochi taking the bullet. Impressed by the story, Kiyomasa suggested the temple make mochi on a monthly basis to be distributed among it’s followers as an amulet. This practice is continued today, and if you visit Banshoji on the 28th of any month, about 6pm, you may be one of the lucky ones to receive a piece of the temple made protective mochi.

Destroyed by allied bombing in World War Two, Banshoji was again rebuilt, along with the surrounding shopping arcade. The arcade was popular particularly during the late 50’s and 60’s, however fell into decline during the late 80’s. In the mid 90’s the area commenced a reform project which has seen a marked improvement in numbers of shoppers and new shops coming to the area. Today, it is a vibrant shopping area, popular with young people looking for cheap but interesting fashion ware, computer and electronics, and variety stores.

Visitors to the arcade shops often stop by the temple to make small offerings and pray to the deity within. To visit Nobuhide’s grave, look for a small pathway leading under the temple to the left of the main prayer hall. The pathway will take you under and behind the Banshoji to the grave. Another thing to look out for is the robotic Karakuri Ningyo, mechanical dolls in traditional samurai costume which appear on a balcony above the temple at 10am, 12, 2, 4 and 6pm during the day.

Despite the modern appearance, Banshoji has a long and colorful history, its a history you can feel simply by being there. 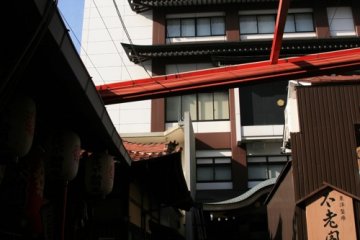 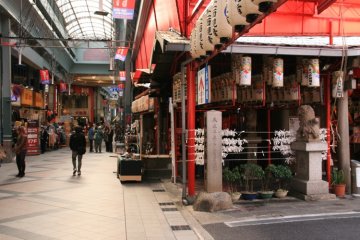 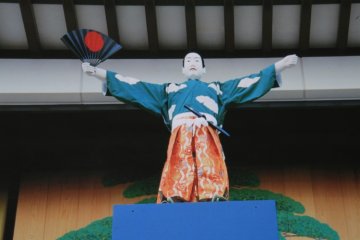 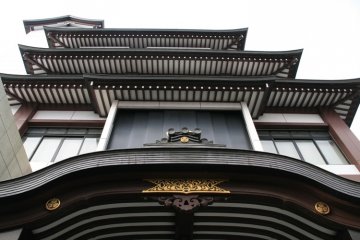 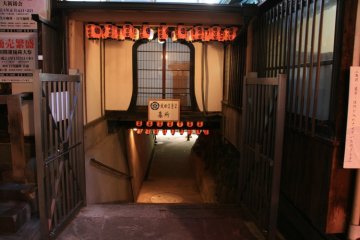 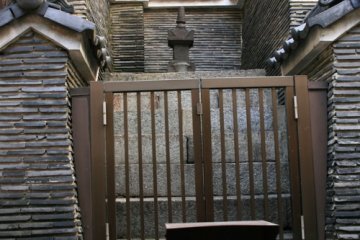 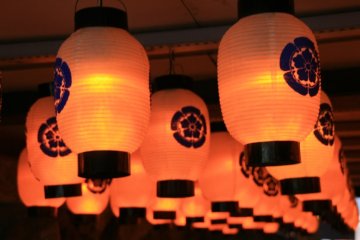 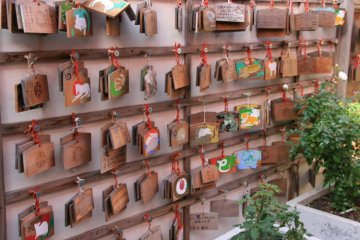 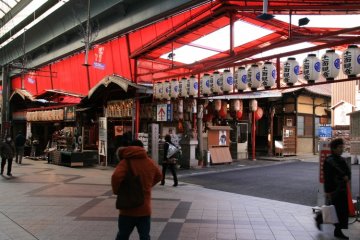