On your way to the haunted house, the atmoshpere gets tense! (Photo: Alice Odoux)

During my crazy day at Fuji-Q Highland with my friends, we made sure to visit one particular attraction that had been on our agenda since long ago: the Haunted House.

This was my first time to experience a “one hour trip” through a disused hospital, and I nearly changed my mind at the entrance due to the two-hour wait under a big and aggressive sun. The "protective" corrugated steel made all of us, poor souls, boil under it without any wind, AC or fan (though on a positive note, as the line was not moving we were able to see the short introduction movie). But despite the heat, the long waiting time, and the screams coming from the place we were waiting to enter, the biggest problem was the music that never changed and was played continuously. It drove me insane. Watching the people around me, I would say that I was not the only one.

Finally reaching the front of the line, a man in white, blood-soaked nurse clothes took us inside the Haunted House. Feeling the cool air of the AC, we naively felt relieved.

We then, of course, started to observe the crazy and creepy decorations around us, loud screams from other happily-scared visitors echoing around us. Believing in ghosts or not, the atmosphere was such than I wouldn’t have been surprised to see some (but not like Casper, unfortunately).

Once inside, we were asked to sit and wait again until our number was called. They showed us a short video explaining that we were forbidden from scaring our fellow guests, from touching anything and from being violent. And finally, we were called! They put us in a small room, turned off the lights and showed us the “beginning” movie: a short horror film introducing this place and explaining why it became haunted with zombies. It made us jump on our chairs. When this was done, off we went to wander in the corridor and find our way out... Or so we thought.

We first waited to go inside a small room so they could take our picture, and of course they gave us a fright so that everyone would react for the photo. They then gave us a lamp with very, very weak light, but enough to let us avoid falling in the stairs. Off we went!

I was a little disappointed by the arrows telling us where to go. I was hoping to get really lost inside the place. Anyway, if you are scared by the (infrequent) appearances of zombies, coming out of nowhere, you can give up and exit in many spots along the way. I have to admit that I was scared. I am scared very easily, though, so if you put me in a dark place full of screams and sudden appearances of people covered in blood emerging from the walls, I will scream and flee. Actually, I was screaming, pushing my friends and shamelessly trying to escape!

The Japanese visitors sounded more scared that we were (lucky them). So scared in fact that the group that left long before us waited to let us go ahead. They stayed with us, me being the only girl in a group of 4 strong-looking men, running to catch up and be protected. At the end, we were such a large party group that the poor zombies didn’t know who to scare anymore.

So even though I didn’t get the chance to faint from fear, I enjoyed this attraction in another, unexpected way: meeting many people inside rather than only zombies!

Find out more about Fuji-Q Highland. 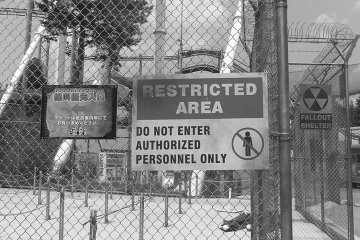 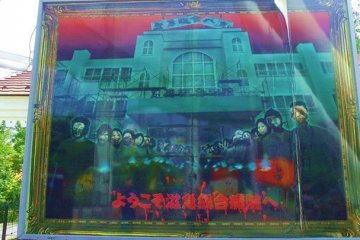 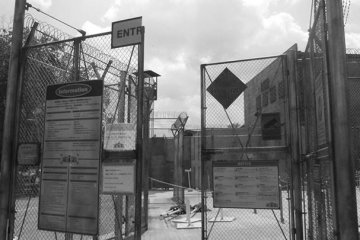 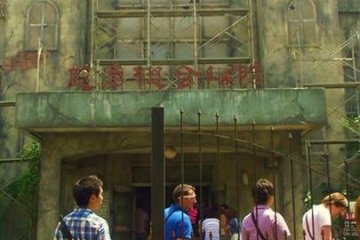 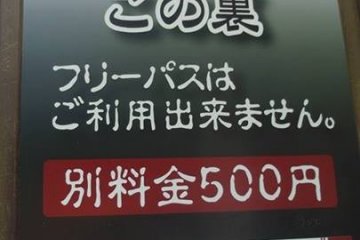 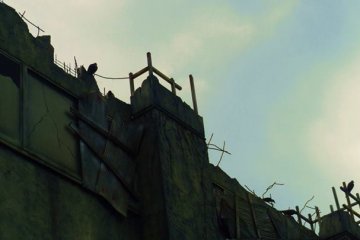 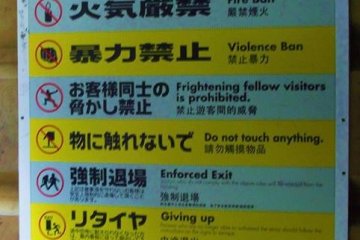 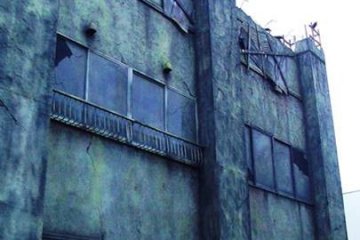 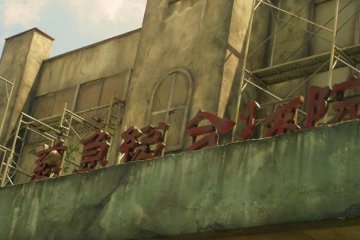 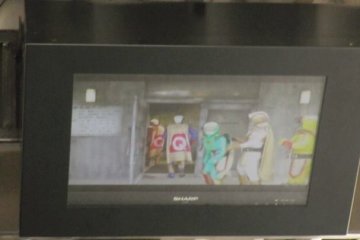 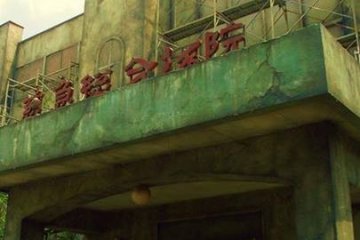 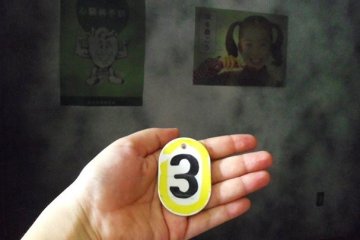 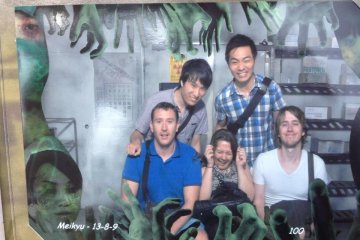