Long but rewarding hike with splendid views of Mt. Fuji

Every third Monday in July Japan celebrates umi-no-hi (Marine Day), when many Japanese take a trip to the beach to show their gratitude for the blessings of the ocean. However, my umi-no-hi this year turned into an unforgettable yama-no-hi (Mountain Day) and I want to share this experience with you.

Starting at Mitsu-toge station on the Fujikyu railway line, the entire trail is very clearly signposted—in both English (Mitsu-toge-yama) and Japanese (三つ峠山). Turn left on exiting the only ticket gate, then turn left again at the road and pass underneath the railway tracks. Look up and the splendor of Mt. Fuji should already be in view. It is actually best seen in winter (from November to February), when skies are mostly clear; however, mid-July worked for me too—what a beauty!

For the first hour follow the narrow paved road. Continuing along the river northwestwards, you will pass the Green Centre (グリーンセンター) sports area and a couple of small waterfalls later on. Keep going until you reach the actual forest trail, which starts at a distinctive round boulder that looks like a traditional Japanese Daruma doll, hence its name: Daruma-ishi (達磨石), Daruma stone.

From here it’s a steady 2-hour climb on a very well maintained and not particularly difficult path, through beautiful natural forest. After passing the 88 Buddha statues, with their red aprons, you reach a very popular rock-climbing spot. It is amazing to see how the climbers literally hang on somewhere in the middle of the rock face! After that you get to a couple of stepped tracks, both leading to the ridge right below Kaiun-yama, the highest of Mitsu-toge-yama's three peaks. On the ridge there are two mountain huts, where you can even spend the night, or, alternatively, just take a rest at one of the picnic tables outside.

Although the views from the huts are already impressive, for a breath-taking 360-degree view—weather permitting of course—you need to put in another 10-minute climb to get to the very top (Kaiun-yama, 開運山, 1785m). Just follow the ridge to the right towards the large television antennas. Rest assured, the antennas won’t spoil the experience; the view of Mt. Fuji, its surrounding forest, the neighboring mountains and the lakes is simply awesome.

For the descent down to Kawaguchiko go back down along the treeless ridge to the mountain huts and follow the trail which starts from behind the second hut (Mitsu-toge-sanso, 三つ峠山荘). It’s a long but very pleasant ridge-line descent (about 2 hours), signposted Tenjo-zan (天上山) or Kachi Kachi ropeway (カチカチロープウェイ). The signs are mostly in Japanese, so it’s a good idea to try to remember these Japanese characters. The trail will lead you back to the top of the ropeway, and all of a sudden you are back in civilization, this being a popular weekend destination.

The walk down to the lake takes only 30 minutes. Alternatively, the ropeway gets you there in 3. From the bottom of the ropeway it’s only a 10-minute walk to Kawaguchiko station, from where you can get a train back to Tokyo.

The whole tour took us about 7 hours, but we spent at least an hour on the top of the mountain; I could not stop photographing Mt. Fuji.

Take enough water and some lunch, and you will enjoy the day out there as much as I did.

Travelling abroad to discover new places, getting to know different cultures and learning foreign languages has always been my passion. I was born and raised in Germany; however, for a few years now I've been very lucky to be able to spend my life abroad. I lived for some time in England and Ital... 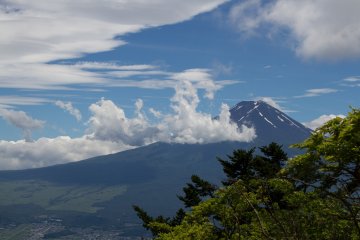 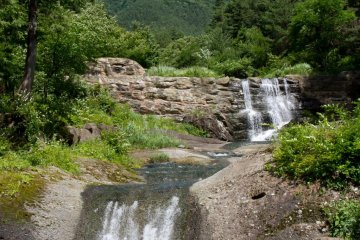 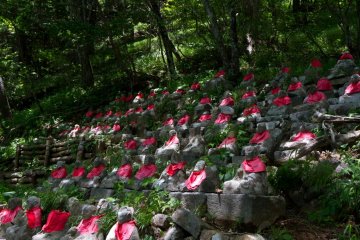 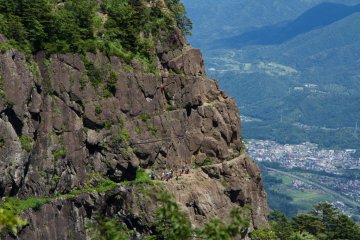