Tsuruoka is a pretty and peaceful town in Yamagata Prefecture made interesting by its history and heritage. Much of this was built up and sustained over the Edo Period by the Sakai Family of the Shonai Clan, who held the reins from 1603 - 1868. A walk around town displays evidence of Tsuruoka's origins and the leadership of the Sakai Family. What's also evident is the lack of tacky touristy marketing. It's a quiet town for all its history.

Tsuruoka Park is where Tsuruoka began as a castle town. It is where the Castle, Tsurugaoka, the seat of government, used to be. The extensive Park is situated in the centre of town so that's it's always visible as a landmark. Only problem is finding out which side of it you're on.

Within the park is Shonai Shrine. It was built in 1877, when one of the Sakai Lords passed away. The entrance is a basic stone torii gate, which like the shrine, is simple and unadorned. Believers have faith the souls of the Clan are resting inside. So things are kept nice and quiet.

Shonai Shrine is also a tribute of gratitude to the Sakai Clan for over 250 years of solid and stable governance. Tsuruoka became and continues to be prosperous in agriculture and farming, particularly in the rice and safflower trade. In front of Tsuruoka Station is a statue of a farming family carrying sheafs of wheat and gazing on the town before them. They represent Tsuruoka's agricultural roots.

If you take a bus outside Tsuruoka town, or around Tsuruoka itself, you'll pass houses or buildings where the shimenawa, holy ropes that sanctify or bless a place or object, are made from rice or wheat straw, not hemp. Sometimes a long thick mane of black hair hangs on the side. Hopefully this is horse hair.

Within the Park also are some impressive historic buildings from the Meiji era regarded as part of Tsuruoka's Chido Museum. An unusually bright blue one is the former Tsuruoka police station, while the stark white one is a former government office.

The Museum contains other historic buildings, one of them a farm house with an authentic, unique, thatched roof. Farming tools and implements are stacked up high in every corner. It has low beams and steep narrow stairs leading up three floors. It was originally built in 1822. The Museum also has a Folklore Collection and Japanese Garden as part of its entourage.

The Chidokan School started in 1805 is testimony of the Sakai family's enlightened approach to education, where students learn at their own pace and interest. Outside are several plaques on the ground, possibly commemorating distinguished alumni. It was a place of study, and care has been taken to maintain the sense of studious decorum. There's also a continuous tape recording of a sonorous intoning of a lesson that puts us right into a classroom from that time.

Religion is another integral part of Tsuruoka's past, Tsuruoka being the platform for travel to the 1400 year old Dewa Sanzan. These are three Shrines that are like the three-prong power point of the Shugendo sect, an ascetic derivative of Shinto-Buddhism. They signify our life cycle. Haguro is the world of the present; Gassan, the past, and Yudono, the future. I only managed Haguro. Well, they do say "Live for the present."

Tsuruoka has a modest approach to its heritage. They let it speak for itself. As I walked down the main street, Ginza-dori, the old shops still remain, ungentrified, marking the street with a history and atmosphere of its own. The Cake Shop Kimuraya was founded in 1887, Yamagata's first bakery. And the little old lady owner of the second hand book shop still does the accounts using an abacus.

The Crane, or tsuru, is one of the symbols of Tsuruoka standing for Good Luck and Longevity. Long may it be.

To get to Tsuruoka, I took the Shinkasen Toki from Tokyo to Niigata, and changed to the Inaho Express for Tsuruoka.

I am a senior citizen lone traveller who loves being in Japan. I see places by walking, using public transport, staying at budget hotels. 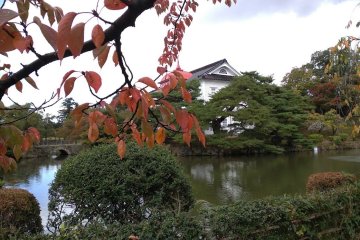 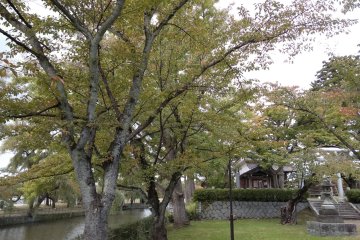 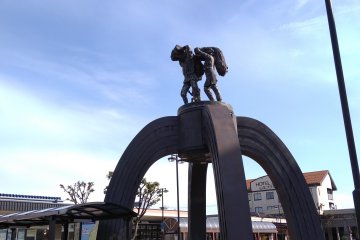 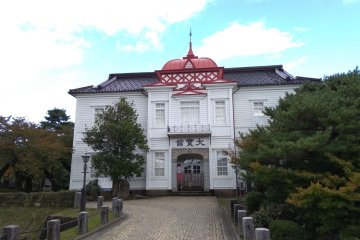 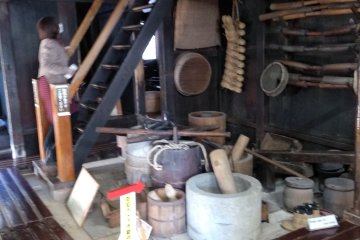 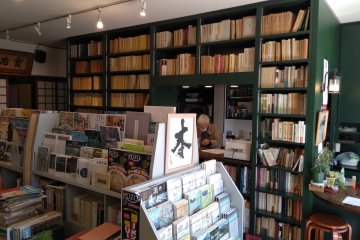 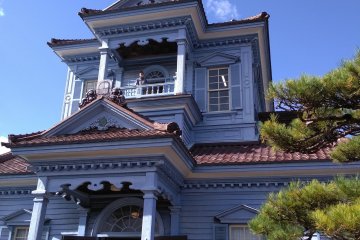