The main keep of Wakayama Castle, as seen from the inner courtyard (Photo: Mandy Bartok)

Hideyoshi's seat of power in Wakayama

In 1585, warlord Toyotomi Hideyoshi was looking for some way to strengthen his hold over the southern part of the Kansai region. He commissioned his younger brother Hidenaga to construct a castle in what is now present-day Wakayama City from which he could rule over the Kii Peninsula. The castle withstood the turmoil of the 16th century but Hideyoshi's hold over it did not last. It fell under the control of the Tokugawa clan, and was awarded to Tokugawa Ieyasu's 10th child (Yorinobu). The Tokugawa family possessed the castle until the Meiji Restoration and the castle eventually earned the title of national treasure.

Sadly, the keep you can visit today is a reconstruction, the original having been burned to the ground in a bombing raid in 1945. Still, despite its ferroconcrete base, the castle and its long corridors and small towers are worth the steep climb up to the heights on which the castle stands. The main tower itself displays several artifacts with very basic English descriptions and has the typical far-reaching views of the city from the observation deck on its highest floor. Even more impressive than the castle buildings themselves are the steep stone fortifications and protective walls, most of which I understood to be the originals.

There are also two original gates on the edge of the castle grounds and a unique covered bridge known as the Ohashi Roka. This bridge was used in the Edo period by feudal lords and their servants when they wanted to transit without being seen from the outer part of the castle to the grounds of the Momijidani Garden in the western half of the grounds. The bridge has a significant pitch of 11 degrees and there are steps inside to prevent slipping. As it's open every day and is free of charge, visitors can play feudal lord for five minutes and use it to reach the garden themselves.

Wakayama Castle is a 20-minute walk from JR Wakayama Station, though you can also grab one of about a dozen buses that stops near the Otemon Gate. From the outer gates, it's another 10-minute walk up the hill to the main keep itself. 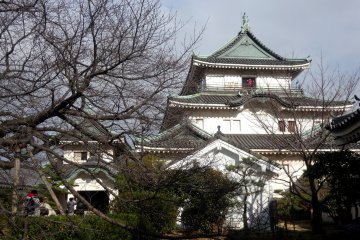 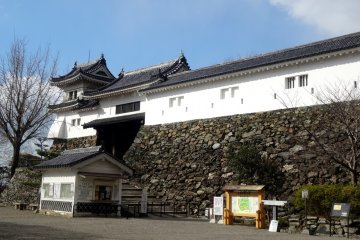 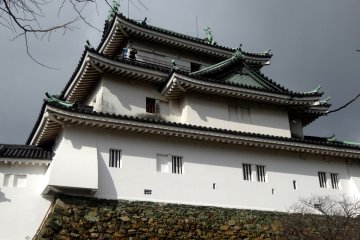 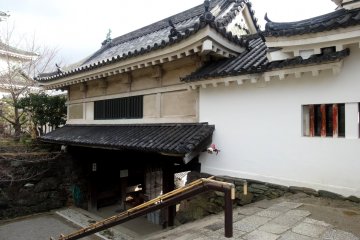 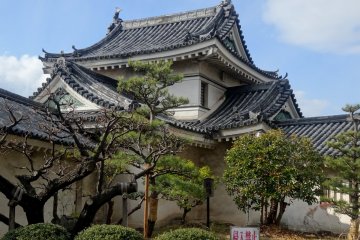 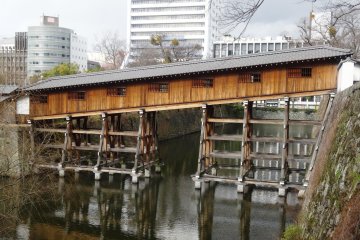