A Journey From Kyoto to Wakayama

The ancient link between Kyoto, Koyasan and Kumano Kodo

For more than 1,000 years (794 to 1868) Kyoto was the capital of Japan. From the central Kansai area of Japan, the Imperial Court ruled the country, and arts and literature flourished. Religion and spirituality hit their peak during this time and pilgrimages became a major part of life for royals and commoners alike.

As Japan was centered around the central Kansai area of Kyoto and Osaka, pilgrimages were focused on the southern area and the sacred mountain ranges of the Kii Peninsula. The imperial family themselves often visited Wakayama Prefecture in search of enlightenment, cementing the area in the minds of the Japanese as one of the most spiritually significant regions in the country.

Wakayama remains an area of spiritual awakening and natural wonder today, and travelers often visit in search of an escape from city life. Many of the shrines, temples, and pilgrimage routes from over 1,000 years ago remain in place today and are still visited just as they once were by emperors, shoguns, and samurai from ancient times.

The Ancient City of Kyoto

Kyoto needs little introduction, but as the former capital of Japan, the city is renowned for its numerous temples, gardens, imperial palaces, shrines, and traditional wooden houses. The city was developed based on ancient feng shui and follows an easy to navigate grid pattern.

Well-known sites include the Kyoto Imperial Palace, Kiyomizu-dera, Kinkaku-ji, Ginkaku-ji, Fushimi Inari-taisha, Nijo Castle, and Toji Temple to name but a few. Kyoto averages between 80 ~ 100 million tourists each year (domestic and international), and is the most visited city in Japan after Tokyo. Kyoto is known for culture and traditions such as kaiseki dining, a course consisting of elegantly arranged dishes, and geisha, female entertainers often found in the Gion district.

Kyoto has tied in with Wakayama from the founding days. After Toji Temple was constructed to stand guard over the city in the late 8th century, Emperor Saga appointed the Buddhist monk Kukai (posthumously Kobo Daishi) as the head priest. Kobo Daishi studied Buddhism in China and established the Shingon Buddhist training center on Wakayama’s Koyasan. This created a natural link between Kyoto and Wakayama as Toji Temple headquartered Shingon Buddhism while Koyasan was the training center for monks and spiritual practice.

From Kyoto to Koyasan

A convenient direct bus operates from Kyoto to Koyasan as a seasonal service, and an express bus runs from Kansai International Airport (KIX) to Koyasan. At any time, tourists can take advantage of the vast train network that operates between Kyoto, Osaka, and Koyasan.

Kobo Daishi founded the Koyasan spiritual center for Shingon Buddhism over 1,200 years ago on the top of the mountain. Today, there are over 117 Buddhist temples. Koyasan is also a UNESCO World Heritage site.

On the mountain, there is a range of traditional activities and destinations to explore. In keeping with the theme of Kobo Daishi, many visitors choose to visit the massive Okuno-in which contains over 200,000 distinctive stone gravestones and monuments in the forest, including the mausoleum of Kobo Daishi, where daily rituals honor the founding monk. The traditional, main entrance of Koyasan is the massive Dai-mon Gate that guards the passage and greets pilgrims to the holy mountain. Kongobu-ji Temple is the head temple of Shingon Buddhism and its grounds are home to Japan’s largest rock garden. The Danjo Garan Sacred Temple Complex is a collection of numerous structures including Kondo Hall and Konpon Daito Pagoda, the central point of the universe in Shingon Buddhism.

Most of the mountain accommodation consists of ancient temple lodgings that provide classic tatami rooms and futons, mixed with modern amenities. These temple lodgings are a great way to take in the simple and traditional life of Buddhist monks. Most lodgings include breakfast and dinner, with dishes prepared in similar ways from their origins 1,000 years ago. Buddhist monk cuisine (shojin ryori) consists of vegetarian selections filled with mountain vegetables, tofu, and teas to help purify the body. Guests are also encouraged to participate in morning prayers and fire festivals where monks perform chants, rituals and discuss worldly issues with their guests.

Koyasan rests in the northern area of Wakayama, making it far more accessible to ancient hiking pilgrimages from Kyoto. Today, there are few people who trek from Kyoto to Koyasan due to the development of Osaka, Nara, and the surrounding cityscape so the pilgrim routes are focused on Wakayama.

The Koyasan Choishi Michi Pilgrimage Route connects Koyasan to Jison-in Temple in the valley below. Kobo Daishi walked this route nine times a month to visit and take care of his mother. Along this route, you can find a side trail to Niutsuhime-jinja Shrine, which enshrines local Shinto deities who helped lead Kobo Daishi to Koyasan.

From Koyasan to Kumano

For the fit and adventurous, sections of the Kumano Kodo pilgrimage routes lead from Koyasan to the grand shrines of Kumano. If walking all the way seems daunting, make use of the Koyasan-Kumano Discovery Bus, operating by seasonal service.

In the 1,000 years of Kyoto reign, members of the Imperial Court made the 30- to 40-day journey to Kumano, sometimes several times a year, worshipping at the many shrines and temples along the way. Respect for nature is central to the faith, and pilgrims honor the environment by hiking through the sacred forests.

Wakayama is filled with walking and hiking paths that vary greatly in length and difficulty. Routes often start from Tanabe, a coastal city in West Wakayama, and range from two to five days depending on the use of transportation. The most popular route is the Nakahechi, from Tanabe to Kumano Nachi Taisha. This route is known as the Imperial Route as it was favored by emperors and nobles. The route is safe, accessible, and relatively easy and takes you to all three of the grand shrines. Other well-trodden routes include the challenging Kohechi and moderate hikes along the Iseji Route.

An interesting program called the "Dual Pilgrim" was developed to celebrate, honor, and share the stories of those who have completed both the Kumano Kodo and the Way of St. James (Camino de Santiago) located in Spain. For those interested in learning about the connection and the benefits of completing these two UNESCO World Heritage pilgrimage routes, view the official website.

The Three Grand Shrines of Kumano

The Kumano Hongu Taisha is a Shinto shrine in Tanabe, Wakayama, located deep in the mountains of the Kii Peninsula. This is typically the first of the three grand shrines visited and as part of the Kumano Sanzan and it has been included in the World Heritage Site list. The shrine is known as a place of resurrection and a place where travelers can pray to refresh body and spirit. Equally impressive to the shrine complex is the world's largest torii gate (Oyunohara) which marks its entrance.

Kumano Hayatama Taisha is a Shinto shrine located in Shingu, Wakayama, on the shores of the Kumano River. This is the second of the grand shrines and approaches the eastern coast of Wakayama, facing the Pacific Ocean. There is a legend that this shrine was built as a place to worship the first deities of Kumano who descended to earth on the nearby Gotobiki-iwa Rock (Kamikura-jinja Shrine).

In February, the Oto Matsuri Festival is a magnificent event with over 1,400 years of history that features thousands of men carrying torches and running from Kamikura-jinja Shrine at the summit of nearby Mt. Gongen down 538 stone steps to the entrance.

The Kumano Nachi Taisha is a Shinto shrine and part of the UNESCO World Heritage-listed holy sites and pilgrimage routes in the Kii Mountains of Japan. This is typically listed as the third of the grand shrines. The site also has the highest waterfall in Japan. With beautiful views from the the pagoda at Nachisan Seiganto-ji Temple, the 133-meter-high Nachi no Taki waterfall impresses travelers with its strength and natural beauty.

Experience the thrilling journey from Kyoto to Wakayama taking in Koyasan and the Kumano Kodo just as ancient pilgrims have been doing for more than 1,000 years. Please check the official website for more information on planning your trip.

Explorer and COO for the Japan Travel team. Always on the lookout for unique adventures and opportunities so feel free to send me a message. 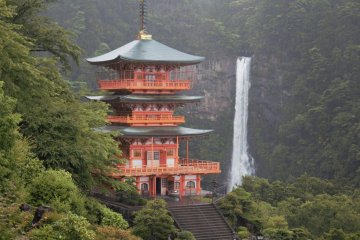 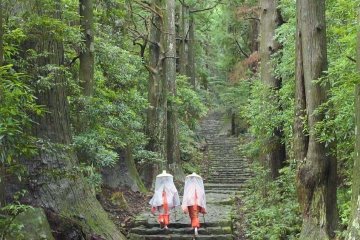 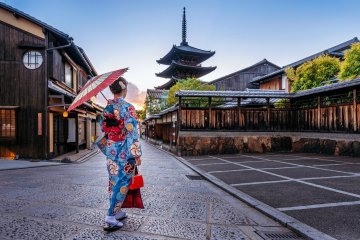 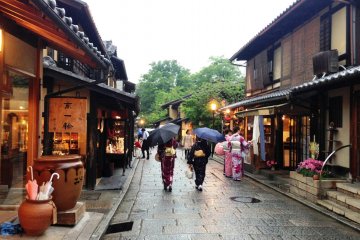 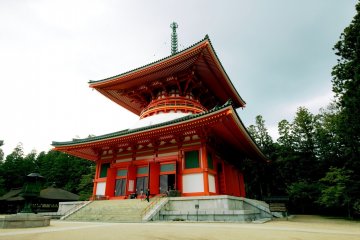 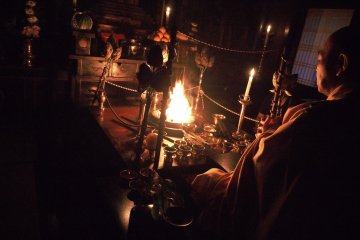 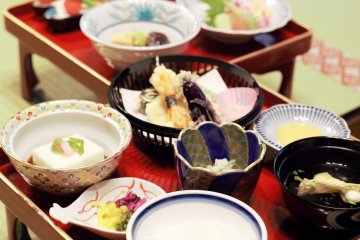 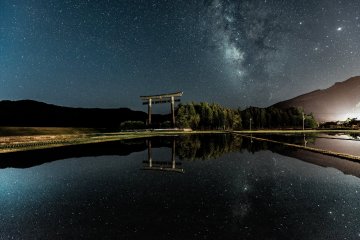 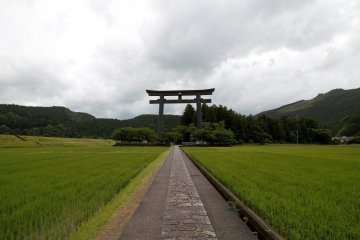 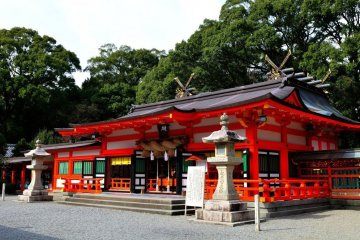 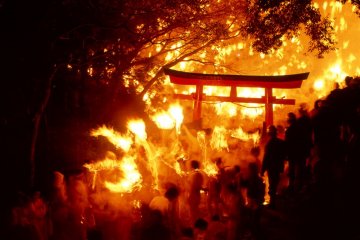 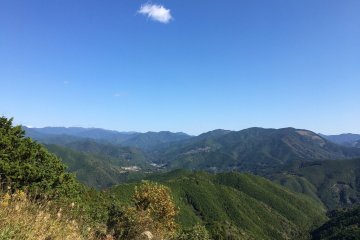