A buzz of entertainment

Home to the world's busiest train station, Shinjuku City is a major administrative and commercial hub of Tokyo. An extraordinary city of lights, shopping and entertainment, Shinjuku is also home to scores of backstreet historical temples, amazing green spaces and galleries galore.

Famous for its toki no kane bell of time, Tenryuji Temple dates back to the late 16th century. It's bell, now designated a Cultural Property of the city, was used to tell the time and warn customers to leave the nearby 'pleasure quarters'. The temple also features a romon-styled gate and some surreal tombstones.

Five minutes from the South-East Exit of Shinjuku Station on the JR Yamanote Line.

On land once overgrown with flowers, Hanazono Shrine has been around since at least the Edo period. Dedicated to Inari Okami, the deity of success, this very large shrine holds many annual festivals, including the New Year's Prayer night, the Reitaisai Festival in May and in the Tori-no-ichi Festival in November.

Direct access from Exit E2 of Shinjuku Sanchome Station on the Marunouchi Line.

Stunning doesn't even begin to describe the beauty of Shinjuku Gyoen National Garden. Home to French, English and Japanese landscape designs, the gardens feature a tea house, greenhouse and four incredible ponds. A popular place to see the cherry blossoms, the gardens are a must visit.

One of the largest open spaces in the city, Shinjuku Central Park features several areas connected by park bridges. Athletic areas, playgrounds, water play pool and a open lawn spaces make the park a nice place to relax. Watch out for the monthly flea market open to only amateur vendors.

With its authentic displays of armour and weaponry, the Samurai Museum offers an interactive experience for visitors. A nice balance between being informative and entertaining, the guided tours, sword battle, and costumed photo opportunities turns the museum a good place to surprise the kids.

Eight minutes from the East Exit of Shinjuku Station on the JR Yamanote Line.

Five minutes from Hatsudai Station on the Keio New Line.

A modern shopping street it may be on the surface, but head down its side alleyways and Kagurazaka soon reveals its historical Edo pedigree. Any one of the many backstreets will drop hints to the area's rich samurai, geisha and cultural past. The perfect place to stroll about and bump into surprises.

Four minutes from Iidabashi Station on the JR Chuo Line.

Standing at over 200m tall, the Tokyo Metropolitan Government Building may well be the city’s most famous landmark. A huge, twin-towered local government office building, its claim to fame is its free 45th floor observation deck. With stunning views of Tokyo, the building has become a must-visit destination. 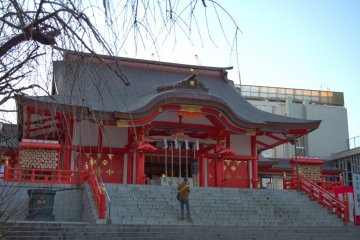 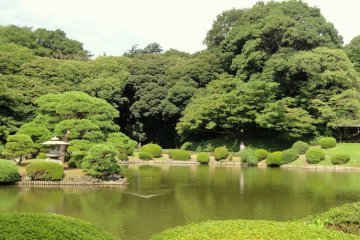 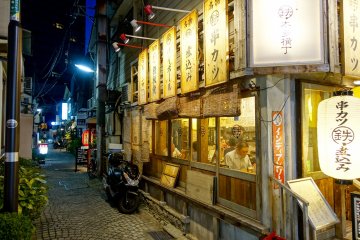 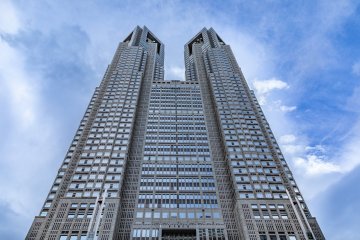