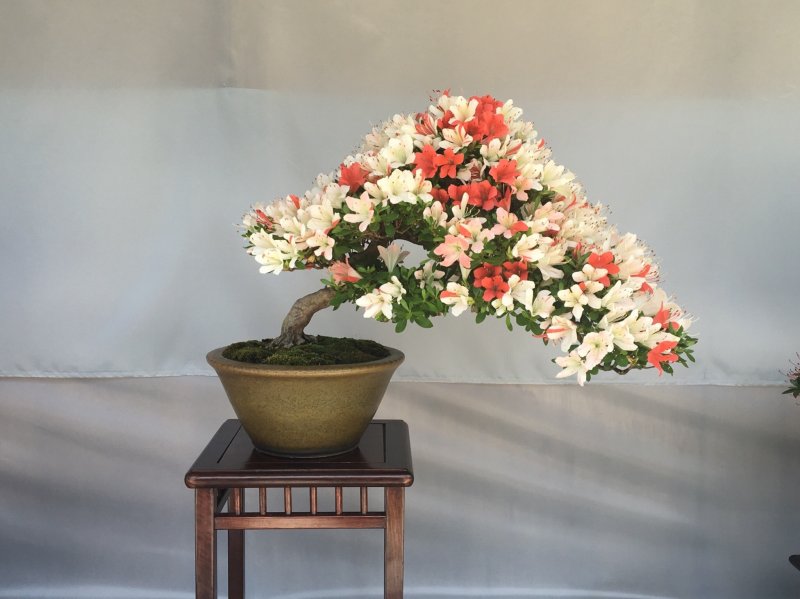 On a recent, late-May outing to Ueno park, I stumbled across the Satsuki Festival presented by The Japan Satsuki Association. At full bloom, Japanese azalea (satsuki) bonsai are a bright, stunning burst of color. Carefully maintained and crafted, they dazzle on their small pedestals.

Three double-sided rows in the wide promenade of northern Ueno park offered temporary housing for the beautiful, well-groomed specimens. Azaleas were also available for purchase, ranging from the equivalent of a mere few to a few hundred dollars, while pruning tips were available to those interested in cultivating their own mini masterpieces.

Find out more about Ueno Park.

I'm a military spouse and mother of two small kids, having the time (and challenge!) of my life exploring Tokyo.