Enjoy the paintings and garden of a Japanese artist

Something I really enjoy is visiting the delightful small provincial museums dedicated to particular artists, which I find all over Japan. Nestled in the suburbs between Tokyo and Kawasaki, this is one such museum, established during his own life by celebrated Japanese painter Ryushi Kawabata.

Some biography: born in 1885 in Wakayama, Ryushi moved to Tokyo at a young age, and studied literature and art while working as a newspaper illustrator. In 1913 he traveled to the USA to study western painting, but was deeply impressed by some Japanese art that he saw in Boston, and devoted himself after that to nihonga, traditional Japanese painting. He continued working for his entire life; at the time of his death in 1966, he was still working on a painted dragon on the ceiling at nearby Ikegami Honmonji temple.

The 'Ryu' part of his name means dragon, which provides a repeated motif, with design and features in both the museum and garden. The shape of the museum building mimics the kanji character for dragon; the effect is that when you're inside, there are plenty of long walls, which are used to good effect to display Ryushi's grand, large paintings.

And these are very impressive indeed, striking both in their size and their beauty. Some of the large screens show enjoyable nuance, such as the tiger unhappily eyeing the visitor in 'Tiger Room'. Nature and animals feature prominently - there were also camels, a kappa (mythical Japanese water troll) and a rock garden. Other paintings, possibly intended for temples, are in a more austere black and gold style, including one huge masterpiece, 'Zao Gongen Guarding the Heaven'.

Immediately across the road from the museum is the Ryushi Garden, which contains the artist's former home and studio: tours of the garden are offered at 10:00am, 11:00am and 2:00pm on days when the museum is open. Since I was the only visitor, the guide used his capable English to explain some of the features to me, pointing out the Chinese aspects of the house design, for example.

The garden is a really pleasant place to stroll around, following a path that I was told is also designed to follow the shape of a dragon. I saw the well-named 'Pond of Bomb Exploding', a pond uncovered when Ryushi's original house was destroyed by a wartime bomb, and I could also see into the house and studio.

Before you leave, stop by again at the entrance, where they have a range of postcards and stationery for sale, featuring images of Ryushi's paintings and other works.

It's about a 25-minute walk from the west exit of Omori station on the JR Keihin-Tohoku line, or 15 minutes from Nishi-Magome station on the Toei Asakusa line. It is signposted, but it's in a residential area of narrow roads, so can be tricky to find. If you don't fancy the walk, there are buses you can take from Omori station; get off at Usuda-Sakashita stop, then walk two for minutes.

The museum is open daily except Mondays from 9:00am to 4:30pm, closing for the New Year holiday and for exhibition changes. If a Monday is a national holiday, the museum is open that day and closed on the Tuesday. Admission is JPY200 for adults, JPY100 for school age children, free for under-sixes and over-65s. 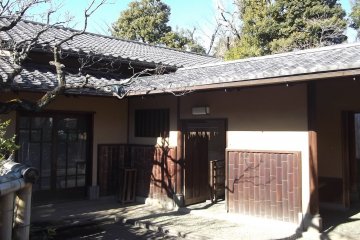 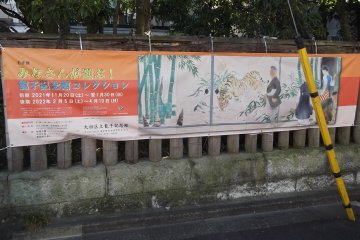 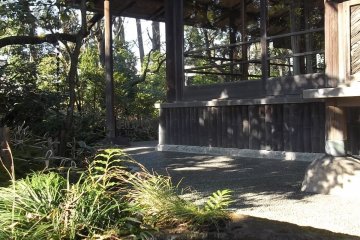 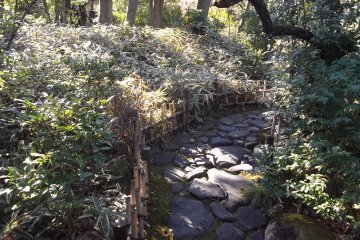 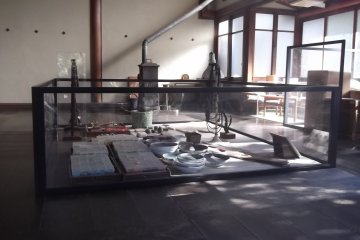 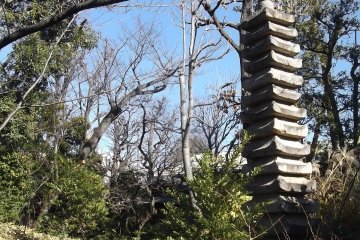 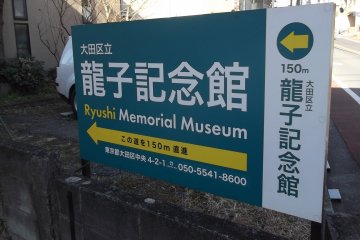