Everyone knows about Shibuya's Hachiko statue, the most popular meeting point possibly in all of Japan. However, on the southwest side of Shibuya Station, there is another landmark that many people miss: The Moyai Statue.

The lone statue looks like an Easter Island Moai statue, and was donated to Shibuya by Niijima, a volcanic island under Tokyo's administration, in 1980. The Moyai statue sticks out due to its appearance as a huge head surrounded by small flowers.

Interstingly, the word "moyai" is a word in Niijima Village's dialect, which means "to work together", and this sounds like “moai", hence the homage.

While the statue lies in the shadow of Hachiko, its less crowded space might make a better meeting spot. Maybe next time you're in Shibuya, head around the back to catch a glimpse of this stoic-looking statue!

Find out more about Shibuya Station.

I'm Ignatius Koh, a third-year undergraduate at the Wee Kim Wee School of Communication and Information (WKWSCI) at Nanyang Technological University (NTU) in Singapore. I have a keen interest in journalism - most particularly in sports and human interest stories. I do a little photography on the ... 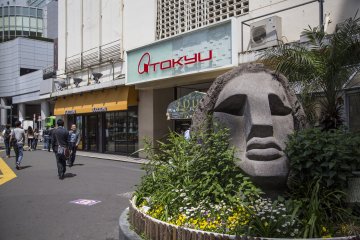 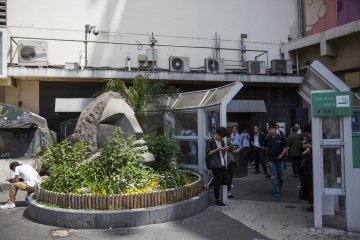 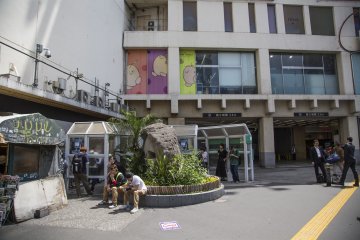