Pocket of green in Ochanomizu

Pockets of lush green in metropolitan Tokyo are few and far in between. So when we spied clusters of old trees up a stairway in between buildings on our way from Akihabara Station to Ochanomizu Station, we simply had to stop and check it out.

Miyamoto Park is on the quieter side of Ochanomizu, away from the more famous "Latin Quarter" section with its music stores and the university belt, and closer to Kanda Jinja and Kanda Myojin Hall. Partway up to the park landing is a fairly elaborate play set for children.

The Zen-like park is graced by the bust of Mitani Chozaburo, the 10th generation head of the Mitani Family, a merchant family who owned the Kinokuniya trade name (brass and copper trader). He established a foundation that actively supported local school education in Kanda. This statue was originally beside a large ginko tree behind Kanda Jinja but was relocated to Miyamoto Park in 1961 when the shrine grounds were redeveloped.

Your eyes will naturally fall onto a beautiful old wooden building surrounded by trees that bloom according to their seasons. This is Cafe Imasa, which used to be the old store (called imasa) and main house of the Endo Family, who started a lumber business in the Edo Period. The building dates back to 1927. It was saved from destruction in 1973 by being relocated to Fuchi City. However, after it was designated as a Tangible Cultural Asset by Chiyoda City in 2008, the structure was moved to Miyamoto Park. The building is a typical prewar store that used construction techniques from the Edo Period. And as can be expected from a lumber business, only the highest quality materials and the choicest wood were used. The building's earthen floor has been reproduced according to the building's original appearance. All this is worth appreciating leisurely with a cup of tea, surrounded by seasonal blooms.

Miyamoto Park and Cafe Imasa are a 6 minute walk from Ochanomizu Station served by the JR Line and the Tokyo Metro Marunouchi Line. 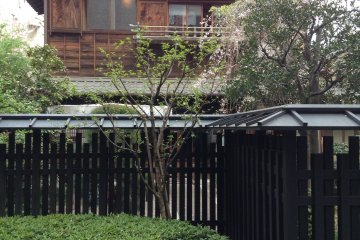 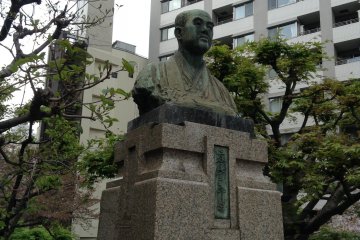 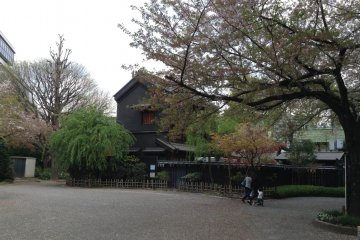 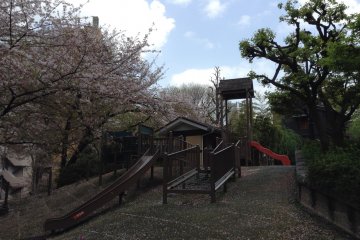