A stern looking Kondo. Fate was not kind to the young man. (Photo: 書写者不明 / Public Domain)

The story behind Tokyo’s Itabashi memorial for the master swordsman

By the end of the 19th century, Japan was engulfed in generational turmoil. Time was moving on and the almost three hundred years of enforced Edo Period peace under the Tokugawa shogunate was coming to an end.

Warriors loyal to the shogunate struggling to come to terms with the changing times clashed with warriors loyal to the Imperial Court who were determined to ensure those times did change. And so it was that the young Kondo Isami, delighted by the tales of the 47 ronin, found himself at the centre of the conflict.

A master of the sword, Kondo would become the 4th generation master of the Tennen Rishin ryu school of swordsmanship. To confront the problem of rising support for the Imperial Court, the Tokugawa shogunate created a police force known as the Shinsengumi and Kondo, with his formidable sword skills, would become its leader. Kondo was now ferreting out anti-shogunate support and killing it dead in its tracks.

There was some initial success and ensuing notoriety but it could not last. The tide had risen and Kondo's task was an impossible one. Teetering on the edge, the Tokugawa administration was collapsing into history. The Emperor and his house would soon be restored to political power and Kondo's support for the past would leave him without a future.

In 1868, Kondo narrowly escaped the final clash between shogunate and Imperial forces only to be captured soon after. Held under arrest for almost one month, Kondo Isami, 4th generation master of the Tennen Rishi ryu school of swordsmanship, lost his war to prevent change and at the age of 34, was publicly executed in Itabashi, Tokyo. A small memorial for Kondo and the Shinsengumi men who served and died with him can be found in Itabashi, right across from Itabashi Station.

From Ikebukuro Station, take the JR Saikyo Line to Itabashi Station. The memorial is across the road from the East Exit. 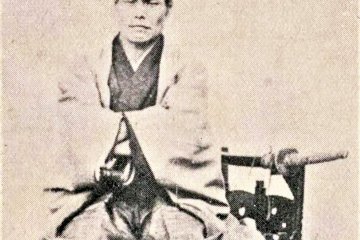 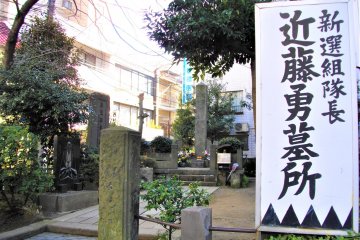