One of Suginami's famous shopping streets

Dripping with local charm and rating highly on the suburban strolling meter, Japan's shotengai shopping streets can be found in almost every suburb or district that you visit. Ranging in size from an easy gathering of a handful of local shops to the almost three kilometre-long bazaar of Osaka, the shotengai experience is quintessential Japan.

Koenji in Suginami City is home to a number of Tokyo's more appealing shotengai shopping streets. You could easily spend half a day strolling through all of the streets and alleyways branching off from the station here. However, the most well-known shopping street here is the Koenji Junjo Shotengai, just outside of the north exit of Koenji Station.

With over two hundred stores, Koenji Junjo is a decent sized shopping street, a third of which is made up of bars, eateries and restaurants. Along with the food can be found plenty of vintage clothing, second hand stores, and discount shops. The area is also home to a busy underground music scene with numerous music stores and live houses and bars. Some would say that the area has a distinctly bohemian feel to it. It's certainly approachable and relaxed.

Koenji Junjo Shotengai is also the co-stage of the annual Koenji Awa Odori, one Japan's most famous traditional dance festivals. Moving through Koenji's streets, including Koenji Junjo Shotengai, the dance is held over two days every August and draws in the crowds who flock to the area with bars and stalls naturally set up to accommodate.

A great place for a wandering stroll, Koenji Junjo Shotengai is a curious mix of Japan's underground and traditional cultures happily coexisting in the one area. 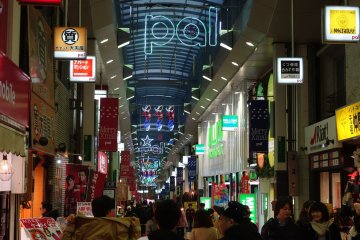 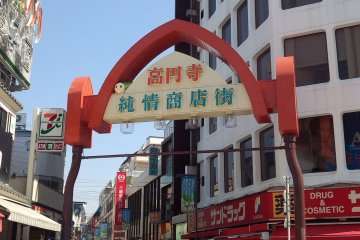 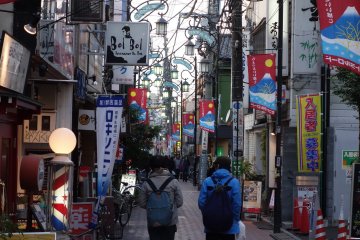 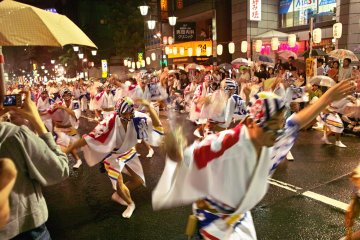