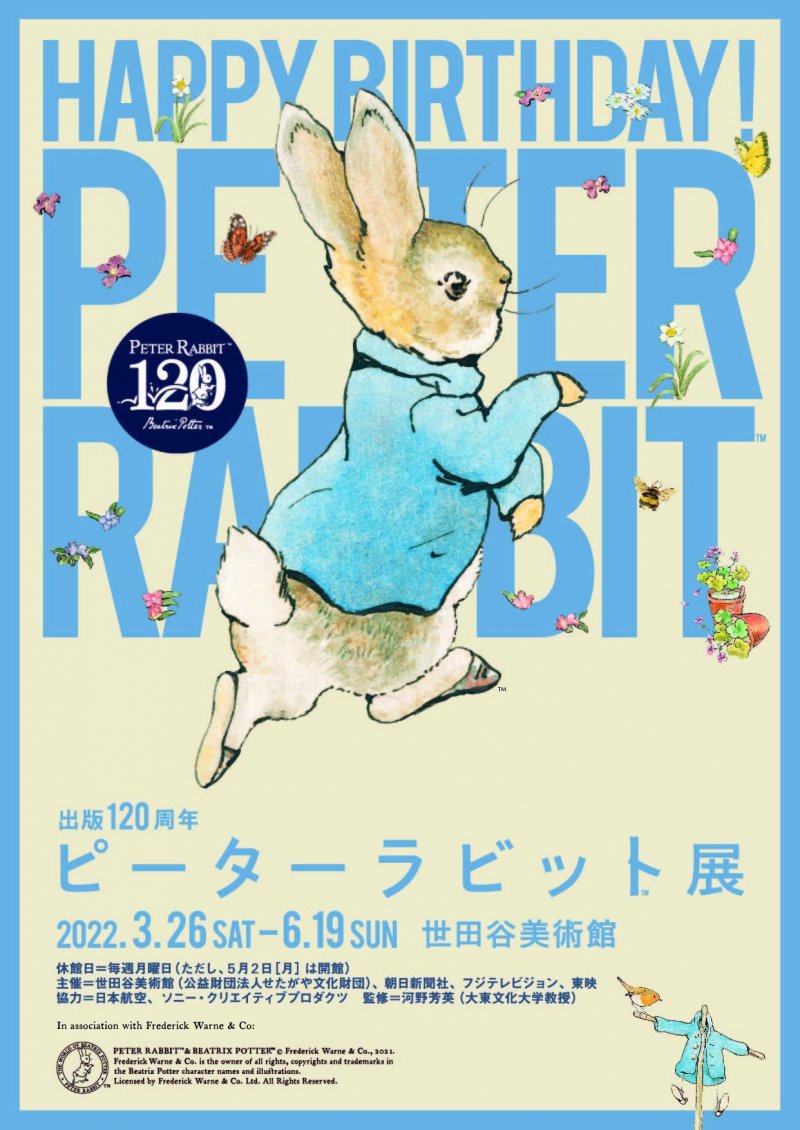 A special exhibition at the Setagaya Museum of Art

The children's picture book "Peter Rabbit's Story" was originally published back in 1902, and will celebrate its 120th anniversary next year. In honor of this, the Setagaya Museum of Art will host a special exhibition under the theme of a grand birthday party for Peter Rabbit.

Approximately 170 items will be on display at the event, including original sketches, private editions and drafts of the book, and more. After the Tokyo event, the exhibition will move onto the Abeno Harukas Museum in Osaka and the Shizuoka City Museum of Art.

Ticket prices for the event have not yet been confirmed, however they should be announced on the official event website closer to the commencement date.

The Setagaya Museum of Art is located 17 minutes on foot from Yoga Station, which is served by the Tokyu Den-en toshi Line.

For those who opt to drive to the venue, there are several parking lots in the surrounding area - including a free one approximately five minutes walk away. Details on options for parking can be found on the official museum website.