Lanterns poking out from the snow (Photo: Todd Wojnowski)

When was the last time you took a hot spring bath in a Buddhist temple? Oh, I see. Always wanted to, but just never had the chance, you say? Well, have I got good news for you.

Onsen-ji is a temple in the corner of the town of Yumoto Onsen, a town which, as its name suggests, is built both literally and figuratively around natural hot springs. The springs and their strong sulfuric content make up a bulk of the town's tourism industry, as many hotels and ryokan in the area have very nice onsen for their guests. The town is surrounded by lakes, mountains, and waterfalls that are all named after hot springs. So, it makes perfect sense for the town to have a temple dedicated to them as well.

Onsen-ji also has a bonus feature: you can actually take a dip in the temple! Between 10 a.m. and 3 p.m., visitors can line up to take a dip in the refreshing and healthy hot springs in a bathtub built inside the temple. The bathtub is small, so sometimes there may be a bit of a wait, but the sheer novelty of the idea, as well as it costing only 500 yen, make this a very entertaining part of your trip. The water is said to have a special healing quality, promoting health and ensuring a long life.

The shrine is very old, and dates back to the eighth century. Originally it was built in a different location. Unfortunately, it collapsed in 1966 due to a typhoon-caused landslide in the area. However, upon inspecting the rubble, the temple's statue of Buddha was miraculously found to be unharmed. Since then, that Buddha statue has become a treasured symbol of the temple, which was rebuilt in 1973 in its current spot.

Onsen-ji is actually a branch temple of Rinno-ji, one of the most famous of the UNESCO World Heritage temples and shrines in Nikko.

Unfortunately, Onsen-ji (and its bath) are shut down from the end of November until mid-March. However, during the winter months it is still a very pretty place to visit, and should be included on your trip to Yumoto Onsen.

From Onsen-ji is located near the Yumoto Onsen bus stop #42, which brings visitors to the area from the nearby Nikko and Lake Chuzenji. Just next to it (in the northeast corner of the town) is the fountainhead of the hot springs. There is a nice wooden walkway leading over the swampy land to connect you to the temple. 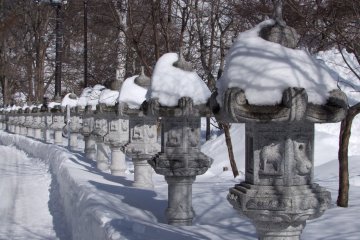 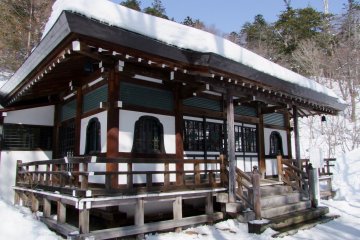 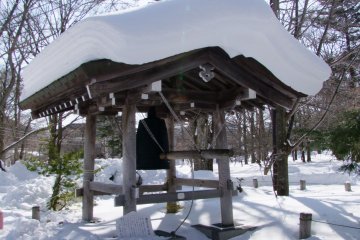 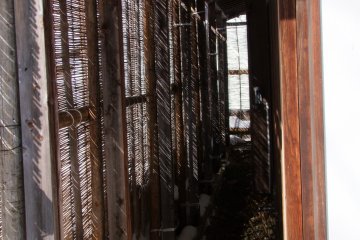 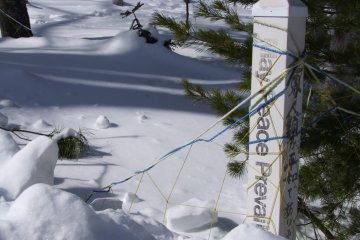 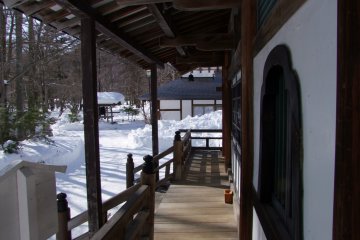 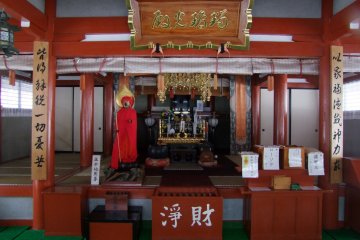 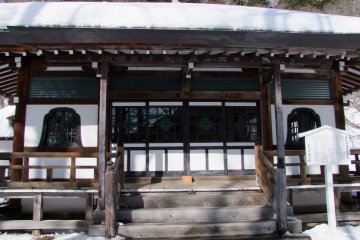 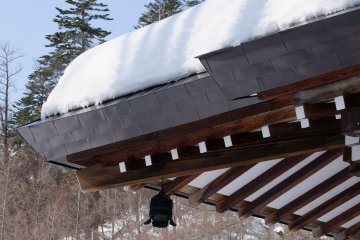 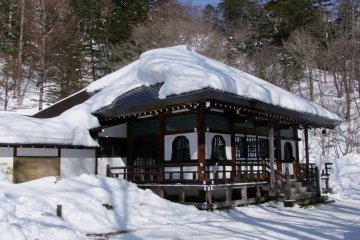 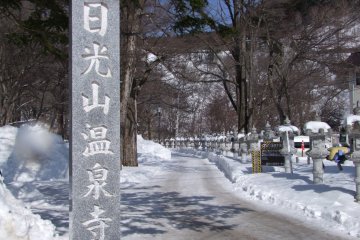