Ramen that would have made The Beatles proud

Shiga Prefecture is generally known for its bounty of fresh vegetables, wagyu (Ohmi beef), and funazushi; not for its ramen. However, if you crave a piping bowl of gourmet ramen, I have a suggestion: Men-ya Lennon.

Just a few minutes from JR Otsu Station, out the north exit, cross the street from McDonalds and go down the stairwell toward the Prefectural offices, you might find a line extending from the front door. Men-ya Lennon has developed a nationwide cult following by virtue of its ranking on a popular Japanese website. While waiting in line the other day (which will happen from time to time, as there are only nine seats), I met three fellows who had come all the way from Tokyo (more than 500km away), because they had heard the legend of Lennon’s noodles. On another visit, I met couples who had come from Fukui and Toyama! Japanese will travel hundreds of kilometers for good noodles!

Lennon's noodles are on the thin side, but not uber-thin, probably about the same gauge as a Fedellini pasta with a diameter of 1.4 - 1.5mm. However, it’s really the marriage of the soup that makes the noodle.

There are two different kinds of soup base from which to choose. The Basic soup base is made from elements of fish and pork bones (called tonkotsu) and is clear. The Maroyaka soup base is a blend of fish, pork, and chicken and is thicker and more viscous (think collagen), opaque, with a slight smoky creaminess.

There is no English menu as of this writing, so you may want to print this out or show the waitress on your mobile device.

しょうゆ Shoyu = If you prefer a simple bowl and a clear broth, I recommend Shoyu.

まろやか Maroyaka = The thickest soup. Warms you up on a cold day, but full of collagen and heavier on the calories.

The photos on the left are in this order, Shio, Shoyu, Maroyaka Gyokai.

All of the above ramens are ¥700 and are topped with green onions, menma (bamboo shoots), a slice of chashu (melt-in-your-mouth roast pork), and half of a seasoned egg, ajitama. Sometimes, the shopmaster will add chopped yellow onions and kaiware sprouts, too. The Shoyu ramen is served with a sheet of nori, or black seaweed.

For an extra coin or two, you can add the following options:

+¥100 for a large serving of noodles (Say "O-mori kudasai"). A nice option if you want to share your noodles with a child.

+¥200 yen for karaage (2 large pieces of deep-fried chicken) and a bowl of rice, or a bowl of chashu rice.

汁なし担々麺 Shiru-nashi Tantanmen at ¥750 is a soupless noodle that reminds me of the Thai classic, Khao Soi. Seasoned ground meat, chopped peanuts, sesame paste with a little fiery, red pepper. Add ¥50 to make it even hotter.

Heartland beer made by Kirin, in 500ml bottles, is also available at ¥500 per bottle.

Even the shopmaster admitted that Lennon is an unusual name for a ramen shop. Perhaps you can imagine the name of his favorite Beatle.

Raised in California and Hawaii, I left San Francisco in August 1994 and came to Japan on the JET programme. A few months after landing in Kobe, a massive earthquake destroyed the entire city taking plenty of lives, yet, mercifully, sparing mine.I now live just a stone's throw from the shore of L... 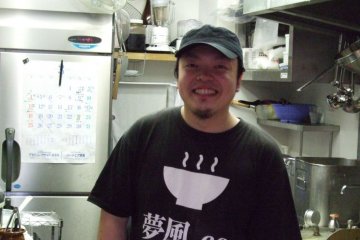 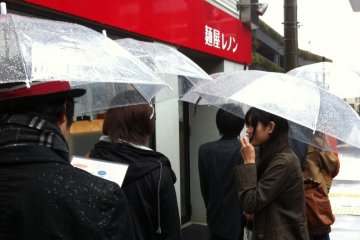 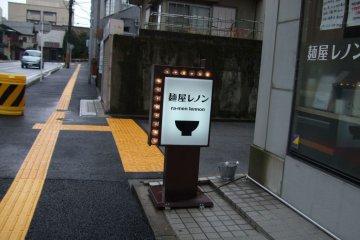 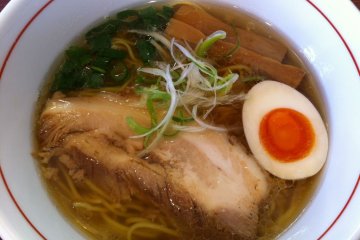 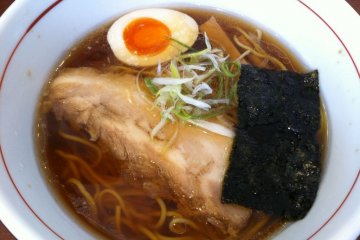 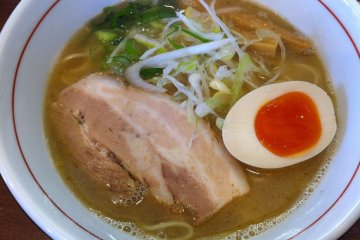 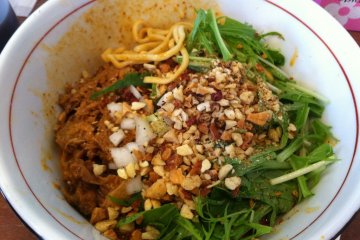 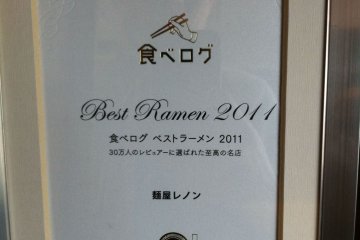 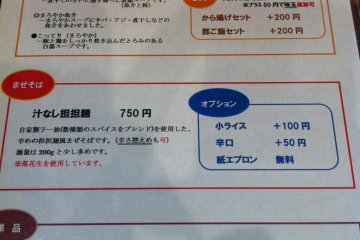