From the inside of the temple (Photo: Scott LaMont)

No, you didn't end up on the ChinaTourist website by mistake.

Sheng Tian Gong is a Taoist temple built in the traditional Taiwanese and Chinese architectural styles. Its bright colors and ornate decorations are an almost shocking contrast to the simple and subtle shrines and temples of Japan, and the temple's location in rural Saitama makes its existence seem all the more unusual.

Called Seitenkyū in Japanese, Sheng Tian Gong is the largest Taoist temple in Japan. Its name translates to "Holy Celestial Palace," and can alternately be spelled as "Xien Ten Gong." Sheng Tian Gong was founded by a Toaist priest named Kang Kuo-Den, who was stricken with an incurable illness in his early forties. He credited his Taoist meditations for his miraculous recovery and, in a gesture of gratitude, wanted to build a place of worship, salvation and protection. The location for his temple was revealed to him in a dream, as was the name and design of the building. Construction began in 1981 and lasted for 15 years until its completion in the autumn of 1995.

Sheng Tian Gong is very unlike any Japanese temple. Brilliant colors fill it from bottom to top, covering the ornate decorations in bright reds, blues and yellows. Stylistic paintings line the inner walls depicting historic figures. Intricate carvings and statues are everywhere  One huge pillar depicts a dragon wrapped around it and was carved from a single piece in stunning detail.

Sheng Tian Gong also has a drum and bell tower to the left and right of the main temple area, respectively. In ancient China, cities often had one large, centralized tower with a drum in it, and another with a bell. These instruments were used to tell time until 1924, when Western-style timekeeping was implemented on an official basis. Still, in many major cities throughout China, the drum and bell towers remain and function as sightseeing points of interest. In Sheng Tian Gong, the Yin Drum and the Yang Bell are situated in towers on opposite ends, and the towers are open to visitors willing to climb the staircases. The tops of the towers present a very nice view of the temple area, and terrific vantage points for the many ornate decorations and carvings on the temple's rooftops. At 3:00pm each day, the instruments sound out loudly in response to one another, giving the temple a unique historic vibe. It is not recommended to be at the top of either tower at that time, however, as the sound is extremely loud.

The temple holds tai chi classes on Saturday and Sunday mornings for veteran practitioners and beginners alike. Guided tours are also available on reservation, which can be made on the temple's website (which is in Japanese only). On several visits to the temple, staff members were often present and enthusiastic to answer questions and explain about the temple, and several were able to speak English.

Sheng Tian Gong is located in rural Sakado City, Saitama and can be reached on foot from Wakaba Station on the Tobu-Tojo Line. 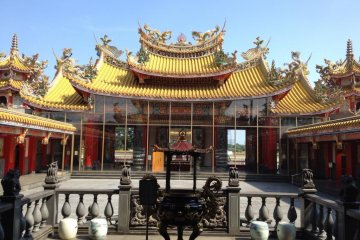 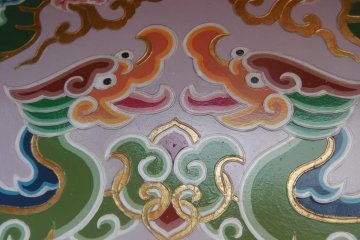 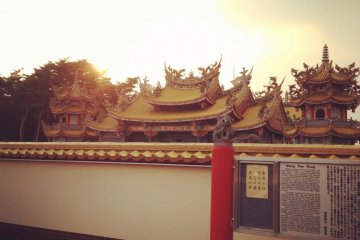 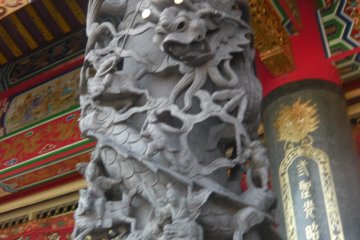 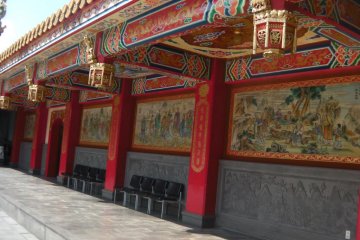 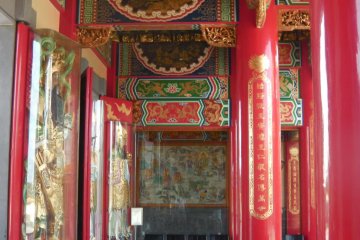 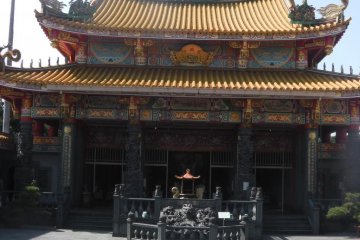 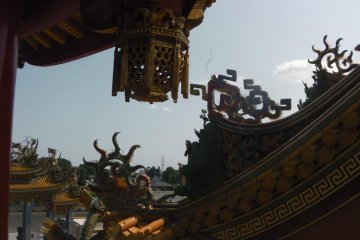 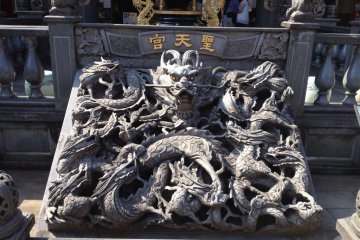 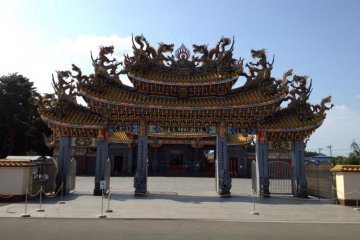 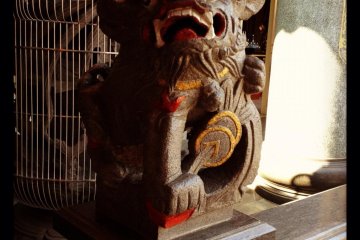 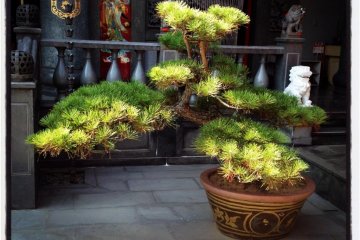 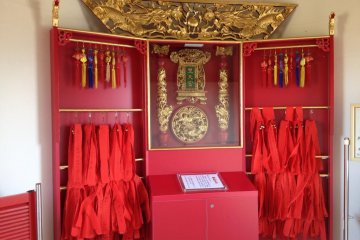