A view of the countryside from the Inariyama Tumulus (Photo: Scott Brause)

The World of Ancient Yamato

If, like me, you are fascinated with Japan’s distant past, but have no time to visit the old capitals of Nara and Asuka, I recommend an easy Tokyo-area day trip; the barrows of Sakitama Kofun (Tumulus) Park in Saitama Prefecture. This park’s various burial mounds, rising above the farmlands of the Kanto plain, date from the fifth century, and have contributed considerably to historians' understanding of Japan’s Kofun Period (250–538 AD)

On a Clear Day

I made my way to the town of Gyoda, about an hour’s train ride from Tokyo, on a sunny and unusually warm morning in early December. The good weather was fortuitous, as tumulus viewing is largely an outdoor activity. I had heard one can see Mount Fuji from the highest Sakitama mounds on a clear day; this is something an old Yamato lord would have known as he built his eternal resting place.

At 9:00am, as I waited outside the JR Gyoda station for the local bus, the nearby tourist office opened for business. I sauntered in to get a map, and noticed the sign that advertised rental bicycles – for free. I asked if this were really the case, and was assured it was. A curious anomaly in Japan’s highly monetized sightseeing market!

Looking Into the Distance

Needless to say, I pedaled my way to the tombs. Arriving at the park thirty minutes later, I first climbed to the top of the Maruhaka-yama tumulus, one of the tallest burial mounds in Japan. From here I looked for snow-capped Mount Fuji, but the horizon was lost in the haze. However, I was afforded a fine vantage of my chief interest, the Inariyama tumulus, a classic keyhole-shaped mound rising nearby, and the location of an important cultural discovery some years ago.

In 1968, an excavation of the grave atop this mound produced a trove of artifacts, several of which helped to advance knowledge of the tumulus period. One of these artifacts was an iron sword, which a CT scan some years later revealed to be inscribed with gold and silver lettering. Many old iron swords have been unearthed from tumuli, but the golden characters on this one clearly named the maker, a lord Wowake, and listed the names of eight generations of his forebears. It is believed this sword was forged around the year 461 AD.

Real Evidence of the Past

Whereas most of Japan’s ancient past is known only through Chinese texts and latter-day Japanese chronicles of questionable authenticity, this sword, with its golden-lettered message from the past, provided irrefutable specificity on the old Yamato civilization.

Of Plunderers and Protectors

There are hundreds of noteworthy tumuli and tumuli clusters around Japan, so one might assume that even more spectacular artifacts exist. Unfortunately, like the tombs of Egypt, many of Japan’s crypts were plundered centuries ago. Moreover, many of the largest tombs are now under the jurisdiction of the Imperial Household Agency, which controls and largely prohibits any archaeological work. The contents of these remain a mystery.

The Inariyama sword has been designated a national treasure, and it can be viewed in the Sakitama Park museum, which contains many other artifacts from the same and nearby tumuli, including bronze mirrors, weapons, armor, horse bridles, harnesses and bells, jewelry, and the ubiquitous ‘haniwa’ clay figures and cylinders that are often found around the tumuli. A visit to this museum, and to the memorable Shogunyama exhibit nearby, provides a wealth of insights into the civilization, technology and social values of this epoch in Japan’s long and luminous history.

When you get to Ueno Station, ask the Takasaki line wicketmaster for the fastest train to Gyoda. He’ll look it up, and point you to the right platform, and probably smirk, and nudge his buddy, wondering what the hell the foreigner wants in a jerkwater town like Gyoda. But you know what's out there; he doesn’t have a clue.

Take the JR Takasaki line from Tokyo or Ueno stations; it takes 65-75 minutes to reach Gyoda. If you have a JR Pass, you can take the Shinkansen bullet train to Omiya station then change to the Takasaki line; it won't save much time, but it'll be a ride on the bullet train.

Scott lived for many years in Japan, first in Beppu, later in Tokyo.  He continues to return to his former haunts, spending time with old friends and relatives, yet never failing to get out and explore – and be amazed by – the world of Japan. 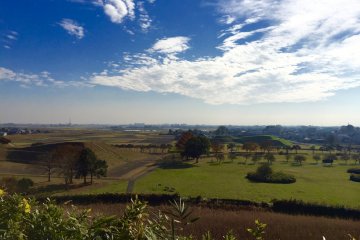 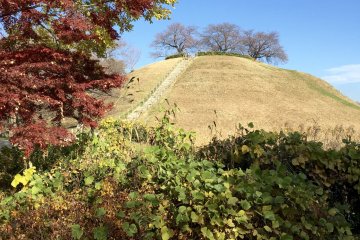 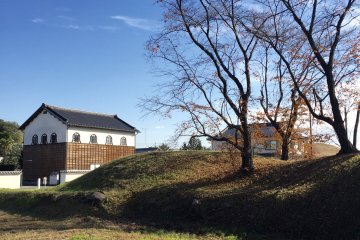 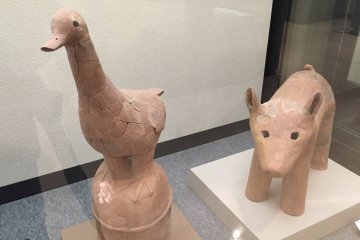 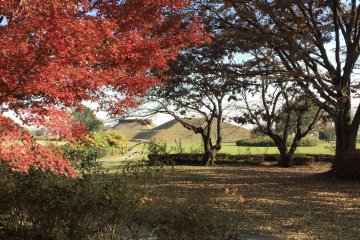 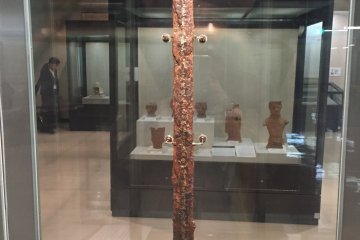 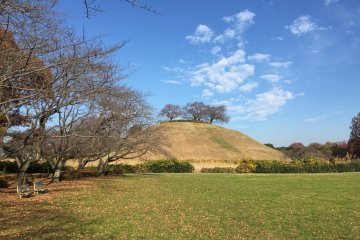 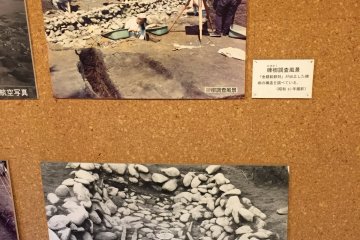