Suitengu Kotohiragu, one of the newly-enshrined shrine in Tsuyu no Tenjinja area (Photo: Vicky Amin)

There are just too many elements to adore in Tsuyu no Tenjinja. From its location alone, one can see how strong Shinto culture is—even the skyscrapers and ferocious activity in Umeda can’t outshine its existence. And with its impeccable and multi-faceted history, the shrine will never lose its worshippers.

It was only several stops away from MYSTAYS Sakaisuji-Honmachi—my accommodation in Osaka. So I came to the area effortlessly, not knowing that the values behind the shrine was going to overwhelm me.

Tsuyu no Tenjinja stood spendidly among the swarm of high-rise buildings. I could still overhear the traffic from all entrances of the shrine, even Umeda Station’s infamous hectic scene was still lingering all over me. But Tsuyu no Tenjinja persisted in peace, howsoever crazy the outside world was.

I began to roam about the shrine grounds, and gradually murmured in confusion as I kept discovering more and more distinctive elements. “What’s the main purpose of the shrine?” I asked to myself. And so I did my own research, explored a little more, and eventually found out that Tsuyu no Tenjinja has one of the richest histories in Osaka.

It began over 1,300 years ago. In ancient times, when Osaka was still a scattered area of small islands, the shrine was built in honor to the god of Sumiyoshi Sumuchisone (which until today is still the shrine’s principal object of worship). Aside from the main hall, Tsuyu no Tenjinja has also enshrined two other deities.

The shrine remained unnamed until the 10th century, when a court scholar and minister from Kyoto, Sugiwara Michizane, visited the shrine. He was falsely-accused and was exiled by the government, and during his stay in the shrine area, he wrote a poem of disappointment that said “my sleeve is soaked with dew formed by the tears I shed recalling Kyoto ”. In Japanese, “dew” means “tsuyu”, and it then became the official name of the shrine in honor to the patron saint of scholarship.

However, Tsuyu no Tenjinja gained its greatest fame after the double suicide of two lovers in the forest near the shrine. The girl, whose name was Ohatsu began to be associated with the shrine, becoming more well known than the shrine’s original name. Since then, the shrine that is also known as “Ohatsu Tenjin” claimed its second role as the destination shrine for couples in a quest to deepen their love and tighter the bond of their relationship.

Finishing up with all the history, I sat by the stone bench near the side entrance, contemplating over the shrine, and people who were paying a visit. All three stories has been embodied delicately within one building of the shrine for centuries, making Tsuyu no Tenjinja a sacred place these people don’t want to take granted for.

And I should agree with them, because not everywhere in Japan that you can worship deities, trace back itshistory, and pray for the future of marriage—all at the same time.

A traveler, budding travel writer, and amateur author. Writing is my way to redo my amazing journey all over again. I started "Cheating the World" project and with it, I've made two of my annual trips in a form of a book: "Cheating Southern Vietnam", and "Cheating Hong Kong & Macau" (still in Ba... 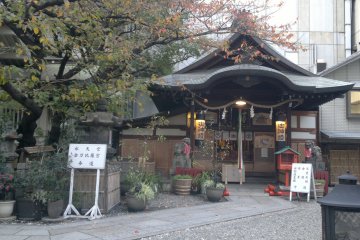 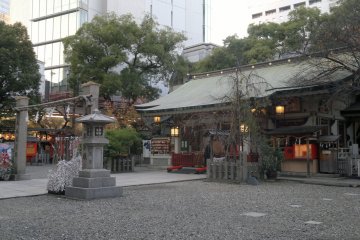 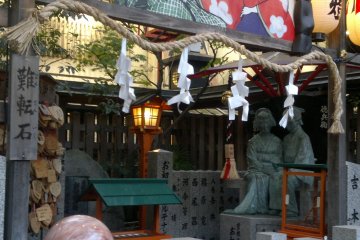 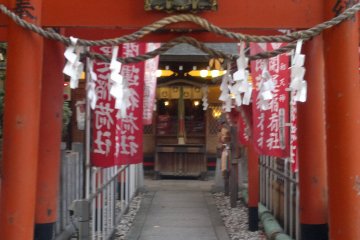 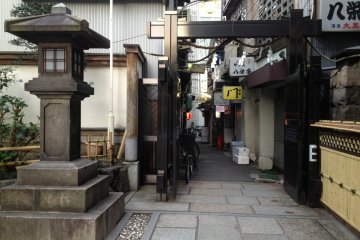 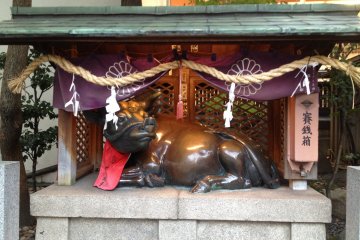 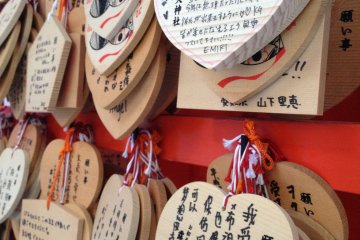 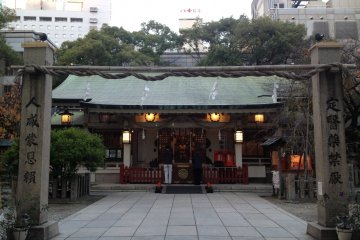 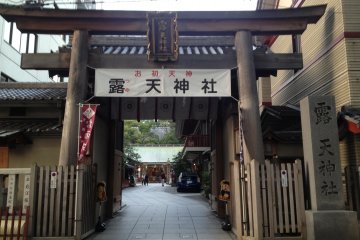