Cycles take you round and round in Sakai, and throughout Japan (Photo: jun.skywalker (enishi hand made cyclecap) / CC BY-NC 2.0)

Celebrate the two-wheeler in all its forms

“Everyone agrees that Sakai Bicycle Museum is the best in Japan,” a placard there would have us know. It’s hard to argue after a visit to the museum built by the Sakai City – based Shimano company, a world-renowned manufacturer of bicycle components.

The entrance hall on the second floor features a timeline of Sakai City’s history, explaining that metalworkers made the Osaka town famous first for the production of swords, cutlery, and construction tools, adding guns after their introduction to Japan in 1543. Bicycles were first imported into Japan in the early 1900s, but were unstable and difficult to ride. Blacksmiths called upon to repair crashed bikes came to think about better ways to build them, eventually giving Sakai City yet another metal product to boast about, and making it the first place in Japan where bicycles were mass-produced.

Bicycles on display in the entrance hall include presents from Sakai City to the then Crown Prince and Princess back in the 1930’s. A short film presents the history of the bicycle, starting in 1818 with the wooden Draisine from Germany, one of which stands next to the viewing area. The next room showcases the evolution of the bicycle. Fans of the 60s TV show The Prisoner will recognize the Boneshaker, first made in France in 1861, as the ancestor of the pennyfarthing bicycle with the massive front wheel which was an important part of the program. Models of many types of bicycles, up to those used in the present day, are displayed along with films of people riding them, or attempting to do so.

The suggested course next takes visitors to the first floor, where the walls are decorated with winning entries in a children’s yearly art contest sponsored by the Bicycle Museum. The world’s largest unicycle stands near the staircase. A library room contains many reference and picture books about bikes. Another room on this floor resembles the warehouse at the police station where unclaimed bikes are kept, but closer examination reveals it to be a collection of notable bicycles from all over the world. One commemorates the 500th anniversary of the Vienna Boys’ Choir (though made by a company in Germany, not Austria).

Interactive displays on the third floor are sure to fascinate children. Visitors can ride stationary bikes and test brakes and gears for themselves. There is even a corner explaining how regular cycling can battle the dreaded metabolic syndrome, with a machine for visitors to calculate just how much battle they need to do.

The Bicycle Museum holds events several times a month in neighboring Daisen Park. In one event, participants can ride replicas of the Draisine, the Boneshaker and other historical or unusual pedal-propelled vehicles. In another, anyone over age five who does not already know how to ride a two-wheeler (and can understand and speak Japanese) can learn from cycling enthusiasts. Some of the events require participants to hold bicycle insurance. Some have an irregular schedule and may not be held in case of rain, so anyone wishing to attend should check the homepage.

Almost all of the exhibits in Bicycle Museum Cycle Center have bilingual placards. Bicycle fans of all ages and levels of experience can learn a lot here.

I've lived happily in Japan  since 1994, first in Osaka and now in Hyogo. I love to travel, write, and sing. 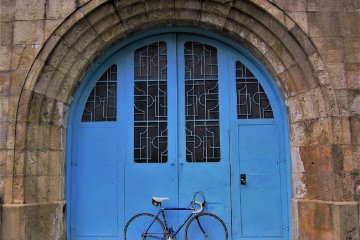 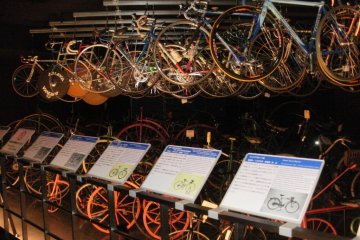 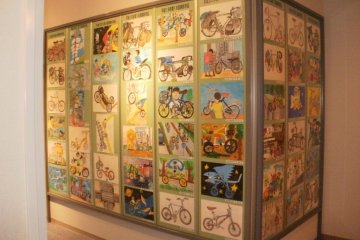 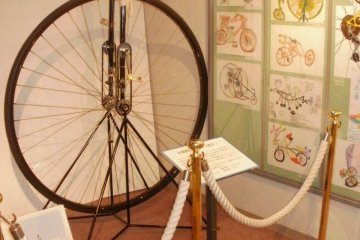 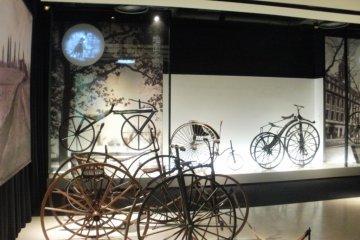 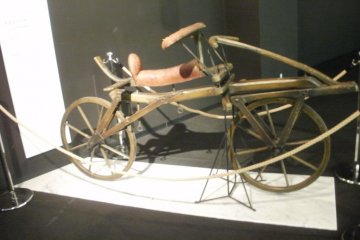 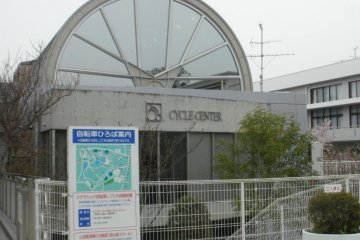 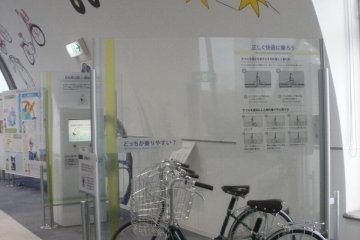 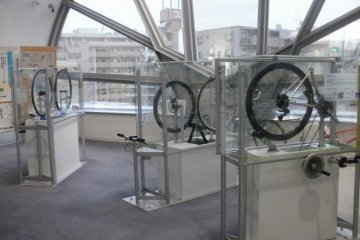