Asoviva, the Okinawan language of love

In Okinawa we have songs. From these songs, dances, music, and performances have developed. Such is the centrality of songs, and the storytelling that comes with it for an archipelago of seafarers, these words formed the introduction to the Okinawan Performing Arts Guidebook.

Of all the musical instruments, there is nothing as evocative as the Sanshin. It is not until you lived with an Okinawan family that you realize how much the Sanshin is loved, taking the pride of place in every home. While not every member of the younger generation plays it, you can bet that bottle of Awamori that someone else in their family would. Kanae once told me her elder brother and sister would play the Sanshin to her when she was growing up.

I, on the other hand, had to learn from scratch. Known as Kunkunshi, the Sanshin music sheets are as ancient as the Aztecs, as primal as the Nakajin ruins. Named after its three strings, Sanshin chords looked simple enough but mastering its version of do re me fa so was like deciphering Medieval French. Nevertheless, I persist, guided by the gentle but repetitive guidance of the teacher, who between making Sanshins in the workshop and charming me with his tea pouring prowess, eventually sees me through in an hour.

Often likened to the Banjo or Ukelele, the Sanshin is my happy place in times of trouble. My dream is to come back here every year, slowly plucking a weathered Sanshin on the starry powdered beaches, while the warm glow of the sunset cast long shadows on the wood fire barbeque flickering beside me.

When you hear Sanshin played by an accomplished player, you are transported to the soothing aquamarine waters of Okinawa. Its gentle rhythms tap into the soul and joy of a people at peace with their land and their way of life. Like a horse whisperer, it awoke my inner voice, sighing, “Why wasn’t I here ten years earlier?” But instead of regret, take a deep breath and be in appreciation for everything you are.

There is a textural quality in strumming the Sanshin, in slowing down and feeling the vibrations that reverberate in my ear, that connect me to the generations before me, like the lyrics to Koi no Hana, or the Flower of Love:

"The petals of our love are falling

So that new flowers of love may bloom

It was a healing day for my heart, worn out by love."

History of the Sanshin

In 1403 the bewitching qualities of the Sanshin were discovered when a ship was washed ashore, and “behold, the voice of music on the ship.”

The Sanshin was later played in the royal court, for visiting envoys, much like the dances celebrated today at Shuri Castle. However, with the king’s departure in 1879, the future of Okinawa reached a critical juncture.

Stripped of its former glory, Okinawa had to reinvent itself. Sanshin was central to its revival, one that gave Okinawa pride in its identity, symbolizing peace and life, one that lasted longer than its old trade routes or its royal court.

Later on, Sanshin took on another role, one of reconciliation after the war, as well as a flagbearer for Okinawan culture in mainland Japan, evolving with the times to become popular with newer audiences both locally and abroad. Songs like Shima Uta transcended national boundaries when it was adopted as an anthem for the Argentinian football team in the 2002 World Cup.

A music for all our tomorrows

March 4th is Sanshin Day, and in 2022, it celebrates 20 years of its language of love, its melody reverberating around the globe. Imagine Sanshin players from around Okinawa, Japan, and the World, all playing the Sanshin, an ode to peace, unity, and wellbeing.

Likewise, the methods for making Sanshin have also evolved. The wood that is used for making the Sanshin, is dried for a number of years before it is ready to be shaped for music. After World War Two, shortcuts like tin variants appeared, making use of abundant scrap metal. Asoviva also makes Sanshin, as well as hosting music classes, making them worthy inheritors of this craft.

In Kyoto, where the Sanshin became the Shamisen, apprentice Geisha practiced for three years before they can stop looking at the strings, which makes my one-hour rendition of some Ryukyu standards all the more remarkable. Admittedly, I pluck the strings at a rate that sends people to sleep.

Speaking of sleep, the folk here even play the Sanshin to get lazy, though it is also known to awake animals. In remote Ishigaki Island, the buffaloes stop at the most inconvenient moments, and the guides have come up with a unique way to solve the problem. Apart from driving the cart, they keep the buffaloes working by playing the Sanshin. Like the pied piper, the Sanshin masters have miraculous powers with creatures great and small. 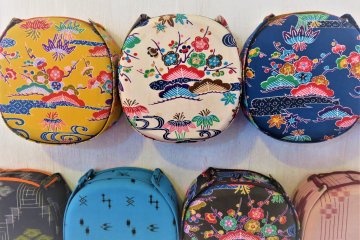 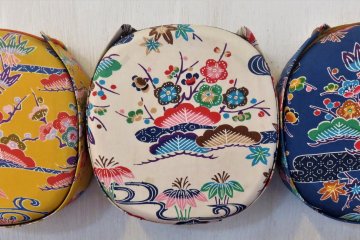 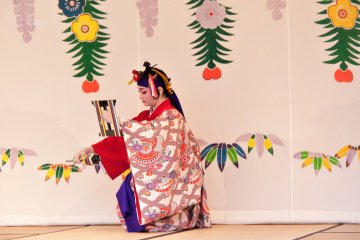 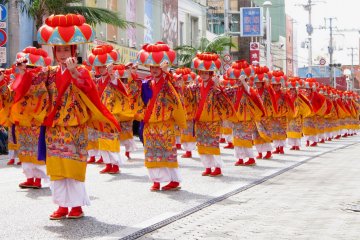 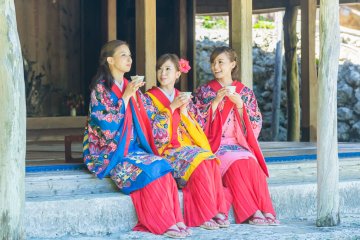 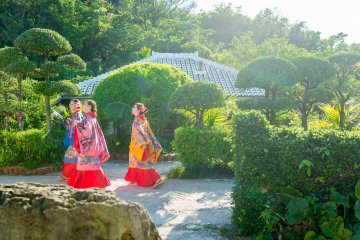 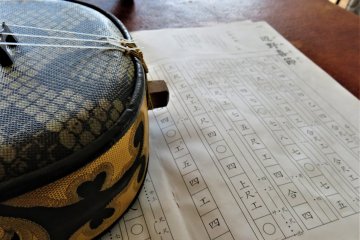 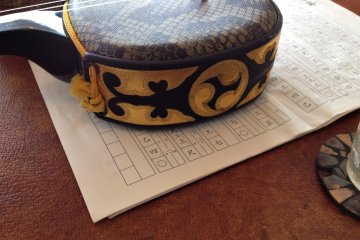 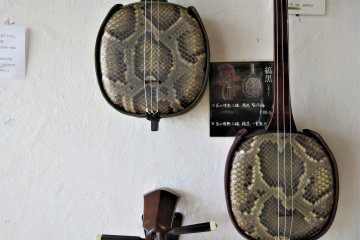 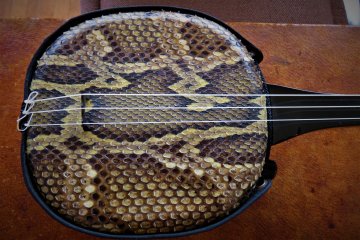 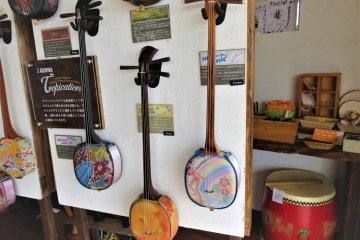 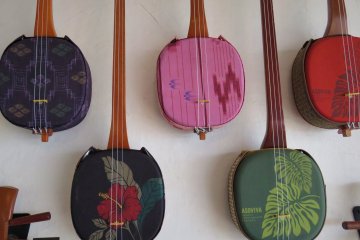 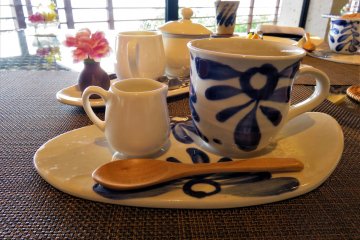 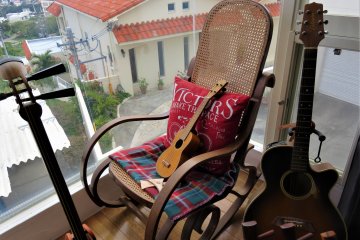 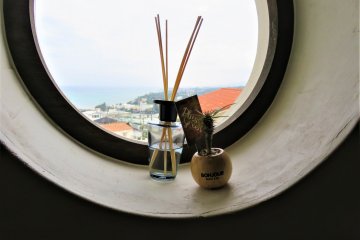