Not quite the neighborhood sushi-shop: the panoramic Kuroshio tank. (Photo: Peter Sidell)

If there's one attraction you'd expect to find in Okinawa, it's an aquarium; and not only does it have one, it has one of Japan`s finest. A short drive from Nago in the center of Okinawa Honto, Churaumi Aquarium boasts an eye-popping collection of marine life, presented in a way that's both informative and entertaining.

The diversity of marine life on show is owed to the Kuroshio Current, which transports warm tropical water to the archipelago. Reflecting this, the first tanks you come to after entering the aquarium on its fourth floor are 'The Coral Sea' and 'The Sea of Tropical Fish', where you can enjoy watching a myriad of colorful fish flitting around. There's also a touch pool here, with seashells and starfish for you to touch, and there's a lot of fun to be had just watching peoples' reactions, especially the kids'...

The clever design of the aquarium brings you to inhabitants of deeper waters as you descend. The third floor is home to two rooms of tanks showing life on coral reefs, and it's here also that you come to Churaumi's main attraction: the Kuroshio tank. This huge tank provides ample space for whale sharks, the world`s largest, to cruise around languorously with their hangers-on in tow, and it also features large gliding manta rays, endlessly undulating shoals of sardines, and a legion of other life from the seas around the islands. The panoramic view through the wide, wide wall is enthralling, and if you get there at the right time you can enjoy the extraordinary sight of the sharks standing upright as they are fed.

Speaking of sharks, an interesting diversion on the second floor is the shark research lab, filled with exhibits such as skeleton samples, a complete large tooth-filled jaw, and a model shark sliced in cross-section so you can examine its interior anatomy. You can also look at the Dangerous Shark Tank, which is pretty self-explanatory, though when I visited there were also a handful of smaller fish keeping the sharks company.

Heading down to the first floor, you also descend into the depths of the ocean at the Deep Sea tanks. Here you'll find an eclectic range of seldom-seen creatures, from the science fiction monsters of the spider crabs to tiny organisms that live off bacteria. There's also an enchanting display of glowing bioluminescent fish and coral in the Ocean Planetarium, which is screened off by a curtain to maintain the darkness.

Finally, you can snack at the Café Ocean Blue next to the Kuroshio tank, or dine at the Ocean View Restaurant which overlooks nearby Ie-jima, then stock up on souvenirs at the Blue Manta shop. For kids and big kids and grown-ups alike, there's a whole lot of fun to be had exploring the ocean at Churaumi Aquarium. 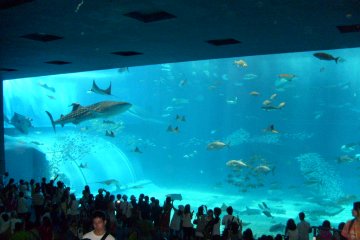 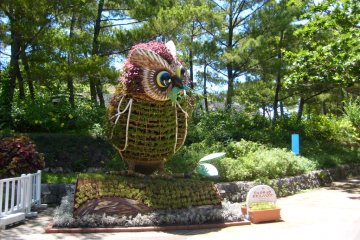 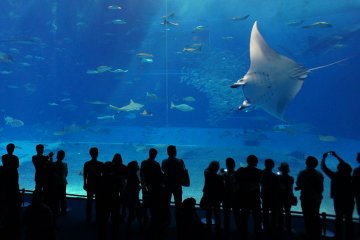 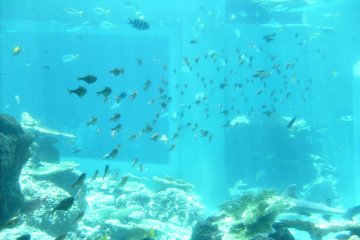 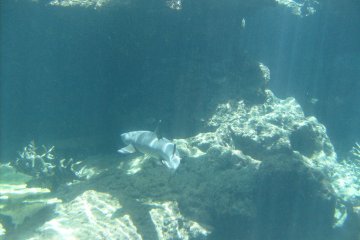 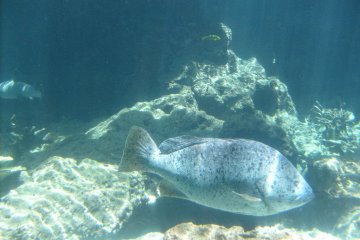 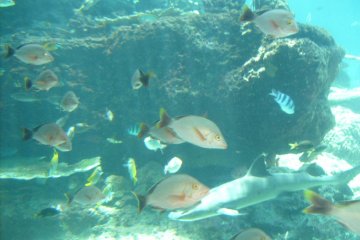 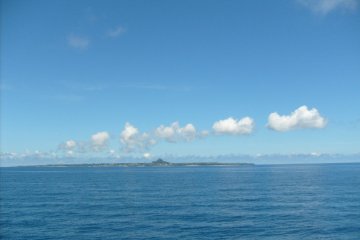