More than 10,000 Japanese men and women – about two percent of the employed adult Okinawa population – work on American military bases throughout Okinawa, in diverse jobs including retail, clerical, security, hospitality, assembly, mechanical and management. About half of the Japanese employed on American bases in Okinawa are contract workers placed by privately owned employment agencies that provide English-speaking employees. Three job staffing agencies dominate the prefecture’s bilingual staffing industry, and employ more than 5,000 Japanese, over half of whom work in full-time positions. The owners and managers of these companies have cultivated the opportunity to fill the need for workers on base into a thriving industry.

“I left Okinawa and worked as a hotel employee for 16 years in Tokyo. I came back 25 years ago to help the big boom in Okinawa tourism,” explains Toshimichi Hiyane, owner and CEO of Plenty Staff and its parent company Plenty Holdings. “Plenty Staff’s first contract with the military bases was for short order cooks at the Butler Officers’ Club 15 years ago.” Today that first modest contract has grown to a business providing 2,000 full time and 2,000 part-time workers throughout Okinawa. Plenty Staff – which also operates in mainland Japan – was the first and is the largest bilingual job staffing company on Okinawa, employing about 75 percent of the contracted bilingual workers on the bases.

Pro Staff Temporary Staffing Services owner Akiko Tomo began providing workers for the remote Okuma military resort in 2001. That first contract with 18th Services, the Air Force’s Morale Welfare and Recreation (MWR) agency on Kadena Air Base, was followed by more work with the Army, the Navy, and as a subcontractor to contractors performing installation and mechanical work on the bases. “Akiko Tomo realized the need for workers on Okinawa. She began contracts at Okuma, and then formed Pro Staff a few years later. We now have more than 500 contract employees working on the bases at any time,” says Pro Staff Vice President Peter Carrott, a Bronx, New York native who runs the company’s day-to-day operations. The third bilingual staffing agency, On-Time Staffing, declined to be interviewed for this article. The staffing organizations fulfill the current manpower needs of on-base organizations, while offering the flexibility to enable quick business expansion.

“Our clients can’t find or keep enough employees with the right skills and experience from on-base sources [military family members],” says Carrott. “Contract workers offer stability to their workforces, at a comparable cost. Pro Staff has the employee base that is available, trained, and - most of all - bilingual in the positions that require it. And we can help them quickly expand when needed for special events or promotions. We welcome any applicant. We will find them a job. If they don’t currently speak English, we will place them in a job that doesn’t require interaction with Americans, and as their experience and English comprehension grows, they will have other opportunities for advancement.”

Plenty Staff sees itself as creating opportunities for Okinawan-Americans and other permanent residents that speak English as a first language. “We want to offer employment and a quality life to Okinawans, especially to those who may be half American or cannot get a job due to having attended American schools rather than local ones,” Hiyane says.

Continued in English Spoken in Okinawa Part 2; the map plot for this article is the Okuma Military Resort, site of Pro Staff’s first bilingual staffing contract. 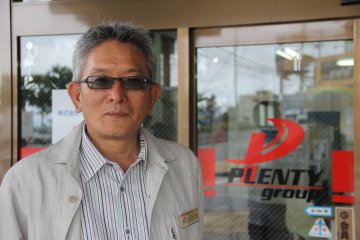 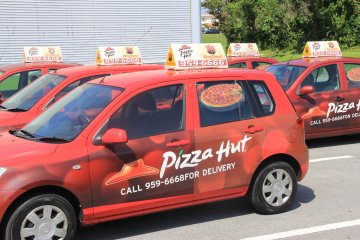 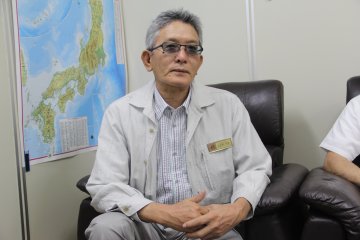