On a cool Monday in early December, I made my way to Imbe in Okayama Prefecture. The small town, a 35-minute ride from Okayama Station, is home to Bizen-yaki (Bizen pottery), one of the six traditional kilns of Japan.

My first stop was the Bizen Pottery School, a 20-minute walk from the station, where I got my first lesson in Bizen-yaki. Bizen is one of a number of types of traditional Japanese pottery. It developed and flourished in Imbe and traces its roots back about 800 years to the Hei-an period.

Thick, pliable clay is dug up and through a process of drying the clay, removing debris and adding water, the final clay used to make the pottery is created. There are two types of kilns used to fire the pottery: Noborigama (‘climbing kiln’ built on an incline with various chambers) and Anagama (a single, long chamber).

The friendly teacher at the center invited me to make something of my own. A word to the wise: Keep your nails as short as possible! She explained that the center accepts students for one-month and six-month courses. Foreign students stay for the one-month course and they even have affordable housing for students in a traditional ryokan (a Japanese inn).

I was also able to visit the shops of three artisans who had been making Bizen-yaki for generations. They were very welcoming and I learned that the majority of shopkeepers have their own kilns next to or behind their storefronts. That explained the wisps of smoke rising into the cool air around town! Each person kindly explained their history with Bizen-yaki and the processes they used to create their pottery. Everyone had a slightly different way of making clay or firing their work. One artisan explained that he was using clay that his grandparents had found and that he would leave clay for his own child and grandchild.

As you walk around the station area, you can see just how much Bizen-yaki is a part of life in Imbe. The station doubles as a hall (known as Bizen Yaki Dentou Sangyou Kaikan) where local artists can display their works and visitors can purchase or make their own pieces. There are maps in English, Korean and Chinese that highlight points of interest around the station.

Everyone I met in Imbe was incredibly friendly and welcoming. More than anything, their love of the traditional art of Bizen-yaki was contagious. If you are going to Okayama, consider taking a day to head over to Imbe to create your own handcrafted memory. It was an experience I will never forget and I look forward to going again with my friends. The Okayama Prefecture Bizen-yaki Touyuukai has detailed information on where to experience making your own Bizen-yaki. 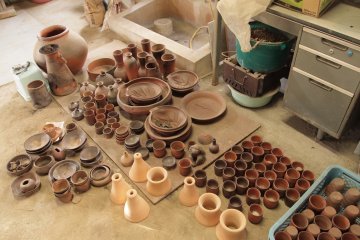 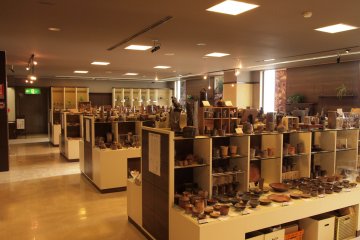 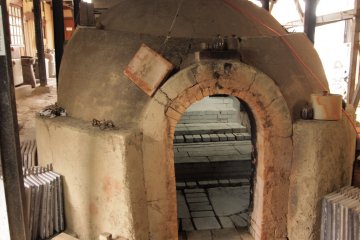 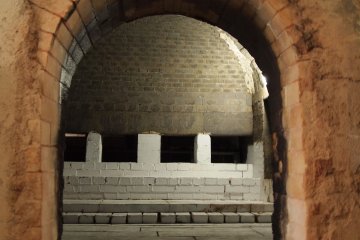 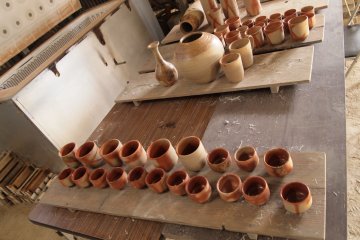 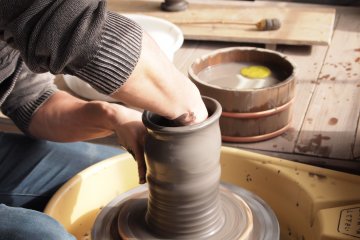 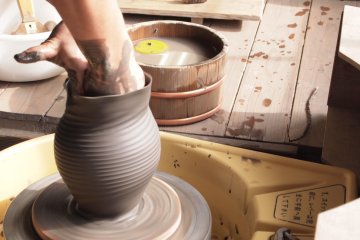 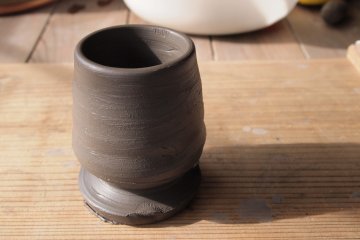 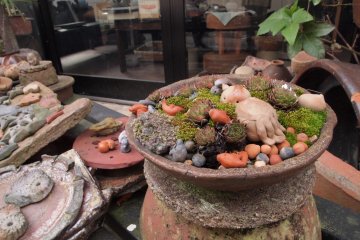 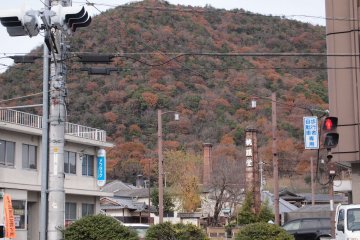 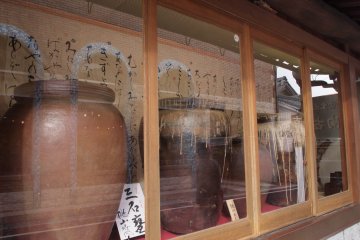 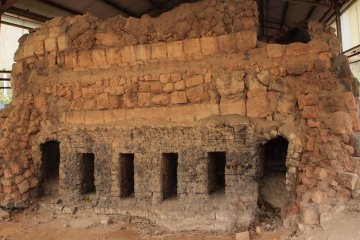 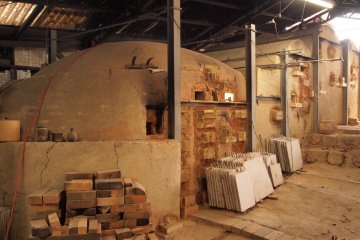 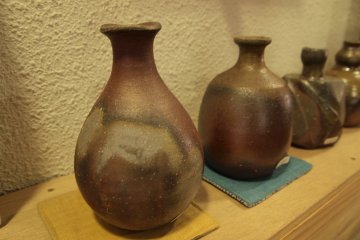