“Gas or no?” was something I was asked at virtually every restaurant during my travels in Germany. They were referring to a glass full of soda or plain water to drink—but I had to wait another two decades and move to Asia before being asked to choose between a tub full of bubbly water or plain. Nagayu Onsen draws crowds for its naturally carbonated hot spring baths, but it’s also treasured by hikers and mountaineers exploring nearby Aso-Kuju National Park. There’s something Japanese-y about returning from a long hike in the mountains, then relaxing in a rejuvenating outdoor bath at the day’s end.

The village has several bathhouses, with Ramune Onsen (also written as Lamune Onsen) and Daimaru Ryokan getting most of the press. Both are centrally located along the Seri River, but Ramune Onsen has the obvious attraction of its distinctive architecture. Created by Terunobu Fujimori, the buildings have traditional charcoaled siding and high pointed roofs topped with living trees. Filling in the courtyard, thick vegetation compliments the structure and it all makes for an almost fantasy-like oasis in the middle of the village. Even without bathing here, you can enjoy looking at the structures and even purchase some of the water for drinking (said to be good for high blood pressure and easing constipation) in the shop. The name comes from ramune, the summertime soda that comes in a special bottle.

The more standard choice is Daimaru Ryokan, an upscale Japanese inn with baths dating back to 1917 in the Taisho period. You can choose from carbonated or non-carbonated baths and reserve private family bathrooms if you like. The baths allow you to look out onto the river and watch the ducks and other water birds, enjoy the sound of the flowing water, and take in the greenery, mountains, and sky in private from behind screens.

For those who want to enjoy the open air to the fullest and don’t mind being the center of attention, Gani-yu makes for a totally free option. Located in the river itself, this “Crab Bath” has a legend behind it. The story goes that long ago a crab fell in love with a girl but was struck by lightning here. Its memory lives on in stone.

If you’d rather have a wooden cabin to yourself instead of staying at a Japanese inn, BBC Nagayu might be just right. Located in a grove at the mountain’s foot, this affordable alternative has a distinctive culture based on nature, hiking, poetry, and healing. This bed and breakfast has a substantial mountaineering library with an antique collection (non-guests can also visit for 100 yen) and includes free or discounted access to bathhouses.

Nagayu has cultural ties to Bad Krozingen, the Schwartzwald spa resort, so keep your eye out for signs in German as you stroll through the village. Near Ramune Onsen is a gallery with pottery, jewelry, and other accessories. Also in the village are a few restaurants to enjoy that can punctuate an evening walk along the river. Tenpuan, in a traditional building across from Daimaru Ryokan, has menus in English and German and a variety of local specialties. Bansho-no-yu can be reached with a longer walk, and it has a large buffet and a chance to fix your own ramen. 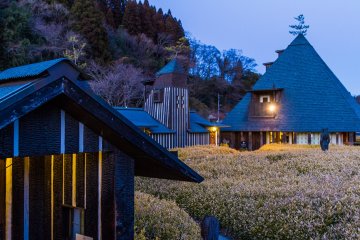 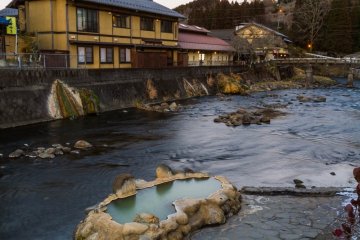 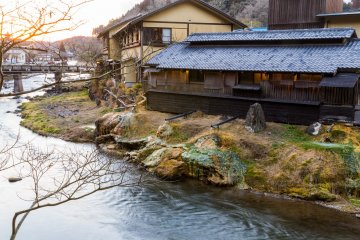 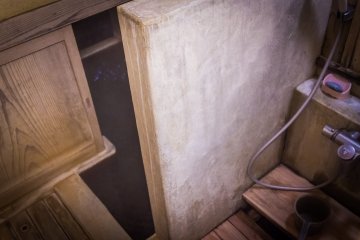 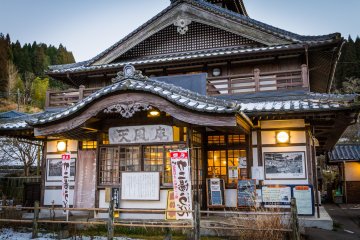 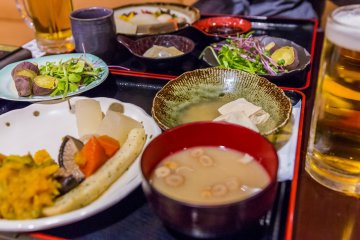 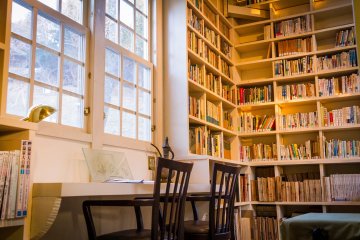 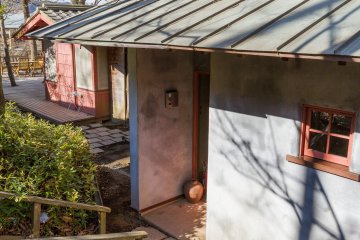 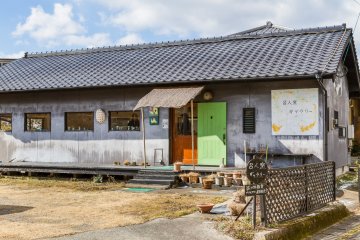 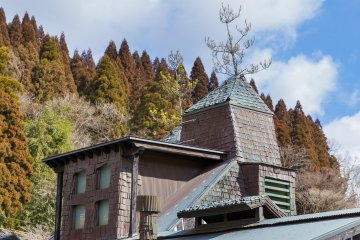 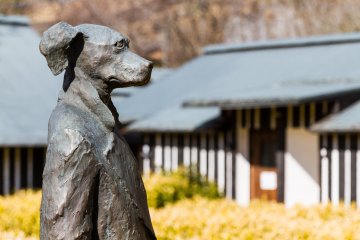 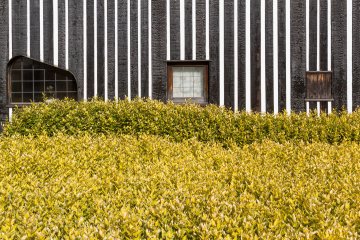 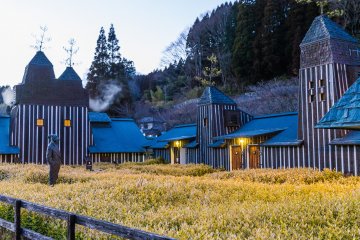