Come find a secluded beach and have it all to yourself

The pine tree-crowned yellowy-orange and gray rock cliffs and the mountains on one side of the road reminded me strongly of my home state of Colorado, but the blue green Sea of Japan and its rocky indented coastline on the other side grounded me firmly in my reality, Japan. Niigata, Japan, the Sasagawa Nagare Coastline to be precise.

When I think of the ocean, the image of a sandy beach where the land meets the sea springs automatically to mind. While a beach remains my preferred place to swim and surf, the many varieties of coastline that Japan has offer a different and often strikingly superior beauty. This is the case with the Sasagawa Nagare Coastline.

A rugged range of mountains rises from the north bank of the Miomote River in Murakami City and runs north along the coast all the way to Sakata City in Yamagata Prefecture. This results in forest covered cliffs and capes jutting out into the sea; some of them are now islands unto themselves. There are several official swimming areas scattered along the coast, tucked away into coves and breaks in the cliffs. Then there are uncountable smaller spots that aren’t official swimming areas but present the opportunity to swim nonetheless. I found one such spot on a curving stretch of road between two tunnels. It was hemmed in by a small cape on one side and a pine capped rock formation on the other. The beach itself was comprised entirely of smooth stones. The clattering and grumbling of rock-on-rock added a new dimension to the sound of the surf. And while the waves did cloud the clear blue water with silt and bits of sea plants, it was still more than clear enough for me to enjoy swimming through the boulder strewn maze of the sea floor.

A cave under the rock formation at the north end of the beach penetrated from the rock's seaward side all the way back to the beach. The ultra-clear water inside the cave was another amazing location for a swim. The cave was populated with crabs, snails and a few different kinds of fish (all of which fled before I could get a closer look). Swimming in a sea cave, cross that off the list of amazing things I never knew I’d do.

On the way to the stone beach, I bypassed an official swimming beach because of its ¥1000 parking fee. I walked back through one of the tunnels to get to it and found myself walking on the coarsest yellow sand I’ve ever seen on a beach. It was almost like walking through sushi rice, but it was a very welcome change to go from the hard rock beach to this soft sand. The cliffs bounding the north side of the beach had an emerged cave that offered me a some different views of the beach and its cove. The cliffs and the rocks that had fallen from them provided another fun underwater maze to explore. I spent all day swimming and playing on these two beaches. I passed many other beautiful spots on the way, and I know that many more await me further to the north. I’ve heard tell of one beach that’s all crushed shells. It’s another adventure for another day.

A car is the best way to explore the Sasagawa Nagare and its many beaches, hidden and known, but it can also be accessed by the Uetsu Line. Get off at Kuwagawa or Imagawa Stations. Both have official swimming areas and campgrounds nearby. Kuwagawa Station also has a large road station, several restaurants, minshuku, and the boarding point for the Sasagawa Nagare Sightseeing Boat. Imagawa Station is opposite a swimming area and a campsite. Which is more suited to your adventure? 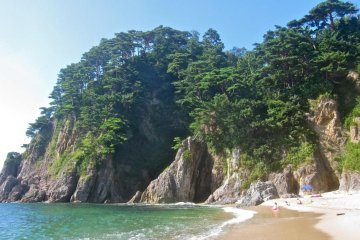 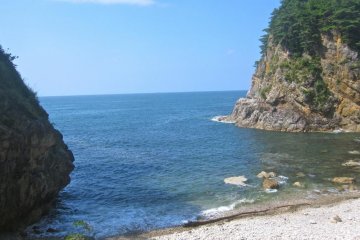 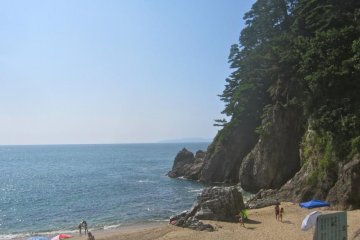 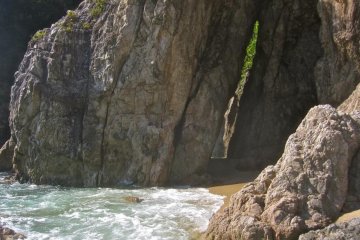 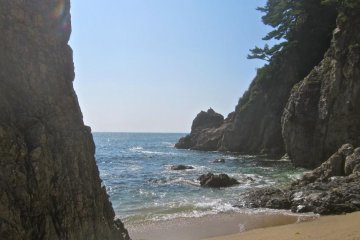 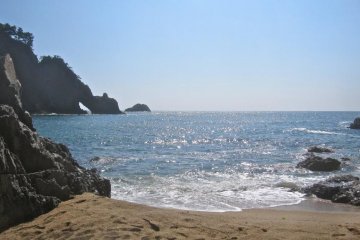 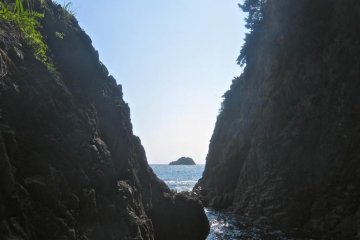 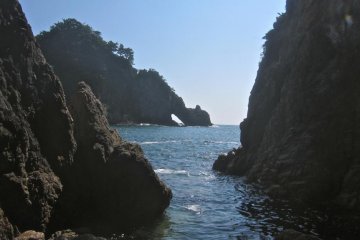 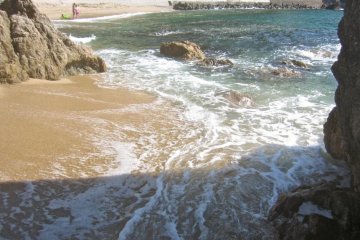 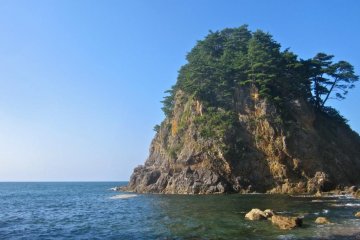 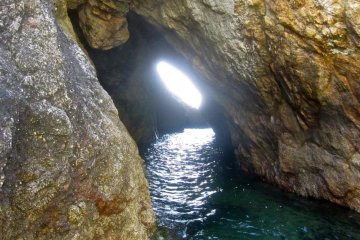 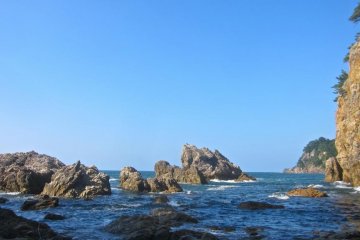