Best plate of Sashimi in Yukiguni (Photo: Michael B)

Yukiguni's most surprising restaurant (in the best way)

Typically, I would say that "surprising" is not a quality I look for in a restaurant, but when all of the surprises are pleasant, it warrants mention and recommendation. Ezumiya is probably the most surprising restaurant I've visited in Yukiguni for many reasons, all worth checking out if you happen to be traveling through the area.

The first surprise comes from the storefront. It may be a little cliched to say, "Don't judge a book by its cover," but by outward appearance, Ezumiya doesn't appear to be much. To me, it looked like any other home in the area, save for the small lit sign and the noren (tapestry) hanging over the door. Heading inside, I was shocked at how much room there actually was. On the first floor, there were tatami booths, bar seating, and table seating. On the second floor, there are at least five party rooms with some boasting enough space to hold groups of up to 30 or more.

The second surprise came when the sashimi plate was served. Normally, I don't eat raw seafood in an inland area beset by mountains instead of ocean, but a friend recommended the sashimi here so I broke my own rule. Boy, was I glad I did, because it was some of the best sashimi I'd ever had, and that includes in Tokyo and Hokkaido. It turns out that the restaurant brings in its seafood fresh from Kashiwazaki (along the Sea of Japan coast) daily.

The third surprise came from the range of options on the menu. There were dishes representative of areas all over Japan, whether Hokkaido, Tohoku, Kinki, or even Okinawa. For example, a friend of mine ordered the "Goya Chanpuru," and sure enough, there was some pungent goya and trademark spam mixed in the dish. More than that, there are a range of styles, from the fried foods like ebi fry and katsu to salads to noodle-based dishes.

The final surprise came when the check came out. For food and drinks so good, the price was still a fraction of what it would have cost in one of Japan's bigger cities. Few things can beat a great meal that doesn't hurt the wallet.

Given all of these pleasant surprises, I would be remiss not recommending this excellent restaurant for travelers planning to stay in the area or even just passing through. Ezumiya--just a stone's throw away from Urasa station--is a must-visit for quality Japanese food in Yukiguni!

Ezumiya is a three minute walk from Urasa Station (accessible via the Joetsu Shinkansen). Simply take the west exit from the station and take the road up the hill. Ezumiya is on the right hand side of the road, situated just before the Japan Post Office (Yamato Branch). 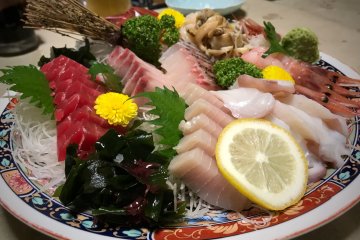 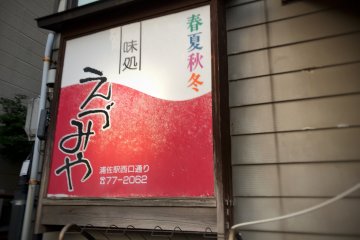 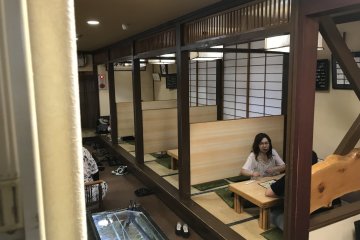 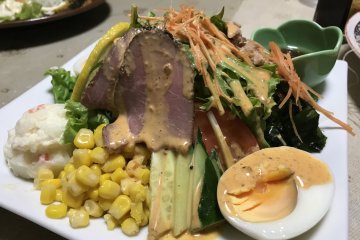 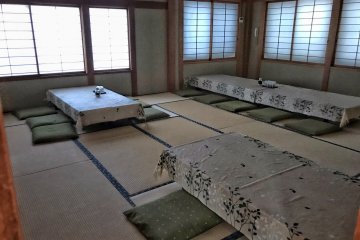