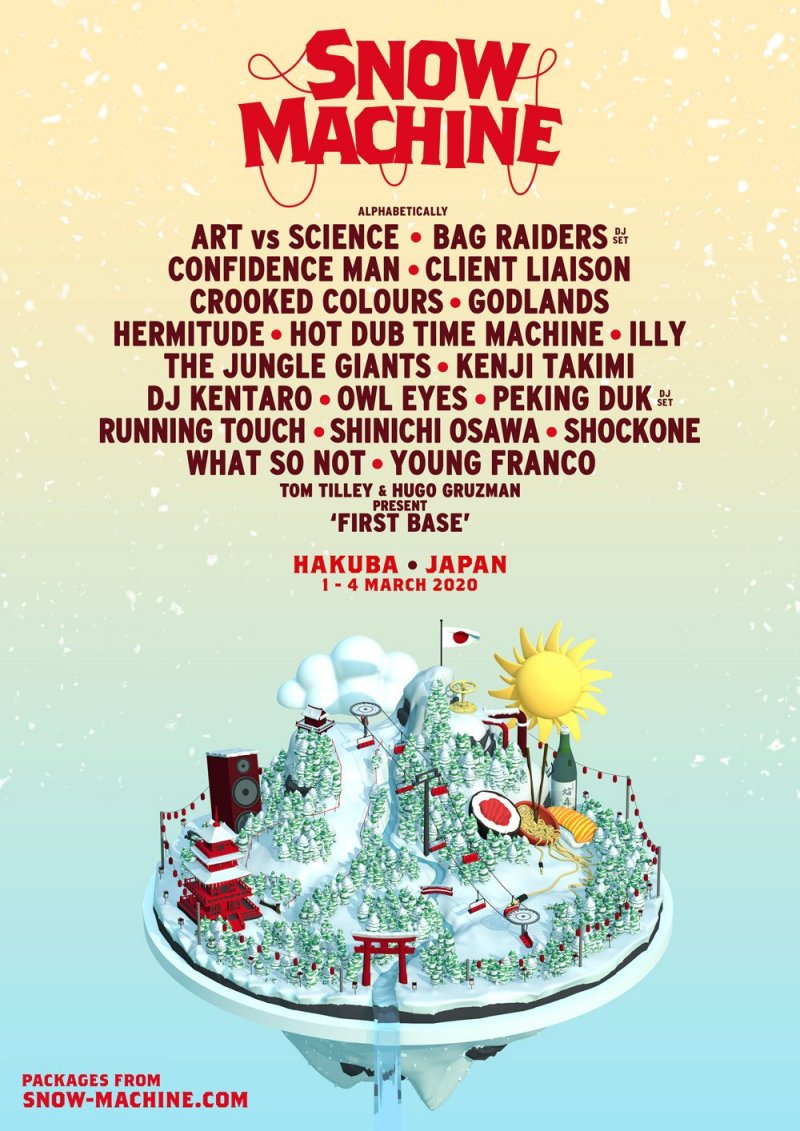 The First of Its Kind

Snow Machine came to Japan in 2019! Being the first-ever major winter music festival being held in a Japanese ski field. Snow Machine, a sister festival of the popular Australian "Wine Machine" is organized by Australia-based Falcona and Hakuba.com.

The Hakuba Valley sits 250km west of Tokyo in the heart of the Japanese Alps. It's the most popular ski area in Honshu and hosted the 1998 Winter Olympics. The Valley consists of 10 resorts accessible with the same lift pass.

The festival will have multiple stages throughout the Hakuba Valley, including stages on the resort, the main stage in the Happo-One Village, and late-night stages at venues throughout the three main villages, Happo, Echoland, and Wadano.

How to Buy Tickets

Festival tickets are currently being sold at Snow-Machine.com and include accommodation and lift passes to three of the best resorts in the Valley. Guest can customize their packages choosing various types of accommodation, additional services such as lessons and ski hire, and can even book flights through the festival organizers.

A Look at Last Season: Music in Hakuba

Building on the success of last year, the ski town of Hakuba will open its doors to some of the most popular Australian and Japanese artists over a 4 day period. The festival is sure to be a huge draw for snow lovers in Japan and around the world.

Take the Shinkansen from Tokyo Station to Nagano Station. From there, take a 1 hour bus to Happo Bus Terminal. The total journey is about 3.5 hours.

I'm an American expat and have lived in Japan for over 4 years. I love Japanese baseball, cycle touring, and living in the mountains.