The story of Japan's gold starts in here

GOLD! Despite the great distances and even oceans separating past civilizations, all would reach the same conclusion that this particular shiny yellow medal is something to be treasured. In my home country of the USA, a “rush” for riches lead to such a population boom on the west coast that California was officially annexed as the 31st “Golden State”. For the ancient Inca and other peoples living near the Andes Mountains, gold was used as adornment but also religiously important, believed to be the sweat of the sun god. So what’s the story of Japan’s gold? Why not visit the “Tenpyo Roman-kan”（天平ろまん館）to find out?

Japan’s gold was first discovered in Wakuya Town, Miyagi Prefecture in 749, also known at Year 21 of Tenpyo, a period ruled by Emperor Shomu. The gold of Wakuya impressed the Emperor very much. It was soon decided that the gold would be used to plate the Great Buddha of Todai-ji Temple in Nara which was completed in 752. The addition of gold meant the shining grace of Buddha would be even more brilliant for religious pilgrims and visitors! This romantic story is the concept behind the naming of the “Tenpyo Roman-kan”. “Roman” is short for “romantic”, while “kan” means “building” or “hall”.

The “Tenpyo Roman-kan” appears in brilliant vermillion pillars and a long central hall architecture style which is typically associated with the Heian period (794 to 1185). Frequent Japan travelers may notice architectural similarities to architecture of the famous Phoenix Hall of Byodo-in Temple in Kyoto. The museum half of the building has exhibits related to the discovery of gold in Japan, gold mining, past and present (i.e. circuit boards) uses of gold, and several beautiful artworks made of gold or illustrating its use in daily life. Most exhibition signs in the building are only in Japanese, however, you can ask to freely borrow a multilingual audio guide when you purchase your ticket.

If you are looking for some amusement after your study session, you can try gold panning for an additional fee in the dedicated water panning area outside under a covered roof. Staff will show you how to use the pan then carefully slosh and swirl out the water and dirt to (hopefully) find a few shiny flakes of real gold! The dirt is taken directly from the nearby mountain streams where gold was first discovered over twelve centuries ago! The outdoor panning is closed during winter, but inside the other half of the sightseeing facility in front of the gift shop is the year-round “Gold Hunter” challenge! Can you find the fake gold flakes faster than the world gold panning champion? He works at the museum by the way, so he gets plenty of practice. Participants will receive a certificate, souvenir, and lasting fame or embarrassment upon completing the challenge. While this is a pricy add-on service, you are sure to remember the entertaining experience for many years to come.

Don’t forgot to pick up some actual gold or gold theme gifts from the souvenir shop before you leave. I would recommend edible gold leaf you can use to decorate food.The Tenpyo Roman-kan is an excellent start to begin learning about the fascinating story of “Michinoku Gold”. There are several locations in Miyagi and Iwate prefectures where you can visit to learn the ‘golden history’ of the region formerly called ‘Michinoku’. While in Wakuya Town, why not try a golden hamburg or continue north to the golden mausoleum housed in World Heritage Site Hiraizumi? Near to the Tenpyo Roman-kan is Koganeyama Shrine, which is also associated with the area’s gold discovery and has its entrance marked by a golden color torii gate.

*10-minute drive (or 40 minute walk) from JR Wakuya Station on the Ishinomaki Line. 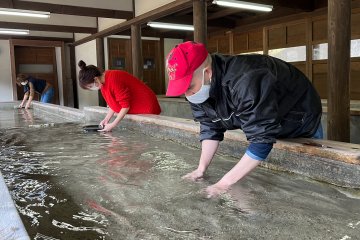 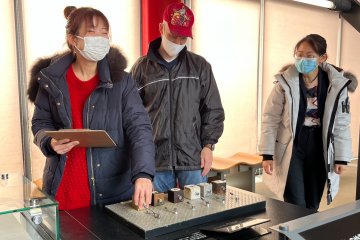 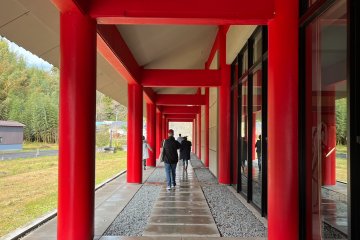 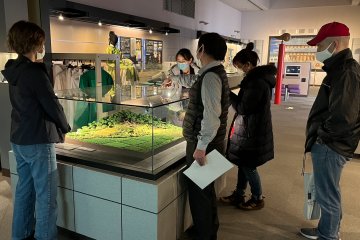 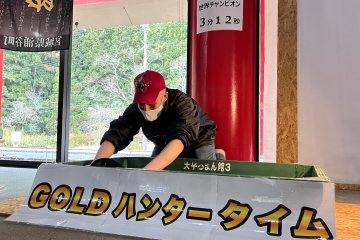 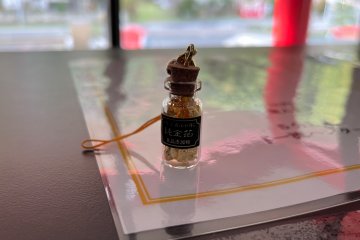 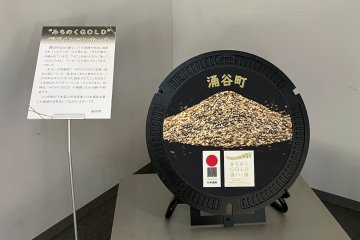