A stone footpath leading up the mound. (Photo: Justin Velgus)

Ponder life, death and legacy at a peaceful park

The Kofun period (300-538) of Japan is most remembered for its distinctive earthen mound tombs built for clan chiefs. These tombs can be circular or rectangular, but it is believed that the most important leaders were buried in keyhole-shaped mounds. While most kofun mounds, including the largest in the nation, are concentrated around central Japan, kofun tombs were also constructed in the northern Tohoku region. The largest kofun mound in the six prefectures of Tohoku is Raijinyama Kofun (雷神山古墳), located in Natori City, Miyagi Prefecture. The two on-site tombs were designated a National Historic Site in 1956. Now the area is popular as a historic park with panoramic views.

The tombs at Raijinyama are still very much a mystery. Names and ranks of those still buried inside don’t appear on historical records. However, a partial excavation of the site resurrected pieces of terracotta clay “haniwa” figures and shards of period pottery. Together with the shape of the structure and other factors, it is estimated that the kofun mounds at the site were constructed around the late 4th or early 5th century. It was imagined that a keyhole kofun this prominent in such a key location along ancient roads meant the long-gone ruler controlled an area covering at least the expansive Sendai Plains of central Miyagi Prefecture. The date is a few centuries before the imperial court established their northern fortress at Tagajo Castle two cities northward, centuries before the dominance of the northern Fujiwara clan built the now World Heritage Site of Hiraizumi in Iwate Prefecture, and nearly a millennium before Tohoku’s most famous leader Date Masamune founded Sendai City in 1601. This was a powerful person that was respected enough to have a tomb remain intact for generations to comes.

While the historic park sits atop the tallest hill in the immediate area, you won’t be able to see the kofun from below because of an outer ring of trees bordering the site. After arriving at the base of hill from the south or north passages, or the eastern edge free parking area, follow one of several winding paths to the plateau of the par. Dominating the center of the park is the larger kofun. It stretches 168 meters (551 feet). The keyhole portion is a 2-stage structure 6 meters (20 feet) in height, while the circular portion (the “top” of the keyhole) is stacked in 3 stages to a height of 12 meters (40 feet) with a diameter of 96 meters (315 feet). It’s a biggie. At the time it was built, the whole structure would have been covered in round-flattened stones gathered from rivers and streams and a partial moat would have outlined the tomb. It would be protected physically and spiritually, and aesthetically pleasing as well. A smaller, separate kofun is found opposite (“above”) the keyhole kofun.

The visitor target here is history and nature lovers. There is no playground for children, however the wide open grassy fields and very few (I counted two) tables do encourage a picnic, which seems to be allowed according to the park rules. Many of the trees lining the inner footpath are cherry trees, so do try to time a visit around mid-April for a full bloom. From the hilly park you can see distant mountains still capped with snow in early spring, as well as the Pacific Ocean on a clear day. Historical diagrams and explanations are displayed around the park, nearly all being Japanese. Still, through pictures it is easy to understand the layout and artifacts that were found inside.

I thought it could be considered disrespectful to climb atop the kofun, but paths and stone steps lead to the top. To be sure, I went up only after seeing Japanese visitors make the short, but steep climb. At the top is a collapsed miniature stone shrine with the image of Raijin the thunder god carved into one of the stones. After all, the hill is named “Raijin-yama”, meaning “Mountain of the Thunder God”. I think the shrine may have collapsed in the powerful March 2022 earthquake. The park is filled with the sounds of chirping birds, while colorful flowers can be found hiding here-and-there under the shade of trees. I am well-versed in Japanese history and culture, though I again realize that I don’t know nearly enough to appreciate flora and fauna to its fullest.

At the bottom of the keyhole mound is a modern cemetery. Having your ashes buried next to such a historical person sounds like a good way to remembered yourself, however, I wonder how the buried chieftain would have felt having others camping out on his or her tomb. It had me thinking more about what I want to do in life and about my own legacy after my time has come. Will I be remembered in a generation? How about 1,600 years later? Is being remembered important to me? Is it important for others to remember me? These were thoughts that only seem to pop up when I attend funerals, so having them during a time I was not overcome with grief and sadness had me contemplating with more clarity. I still don’t have an answer, but the quiet peacefulness of the park certainly refreshed my soul in some way. 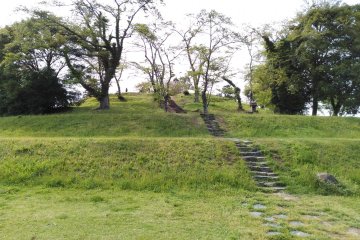 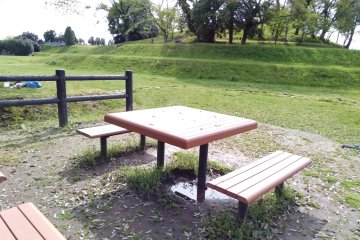 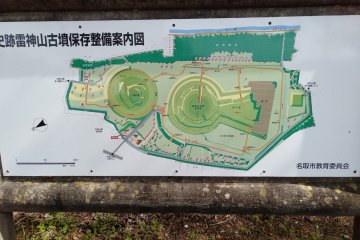 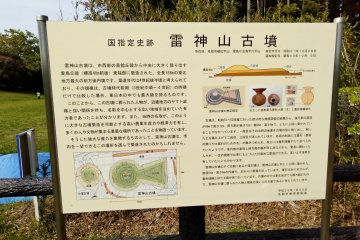 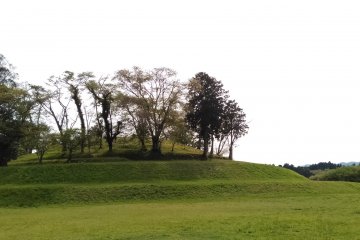 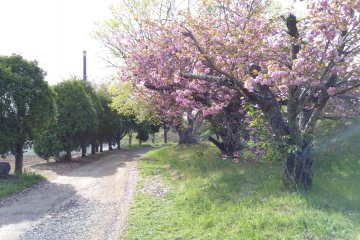 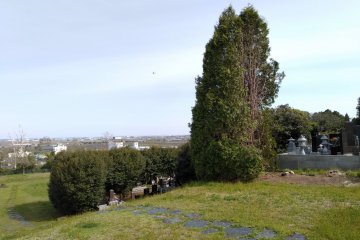 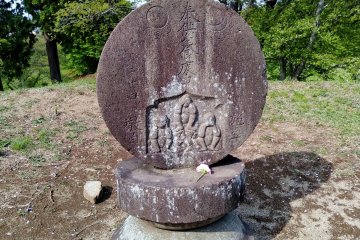 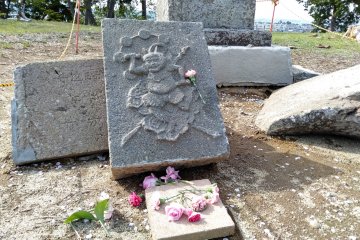 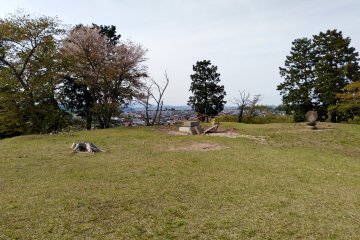 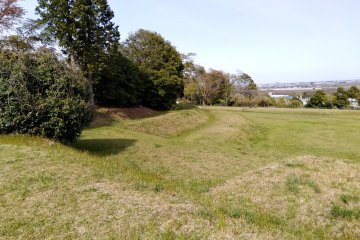 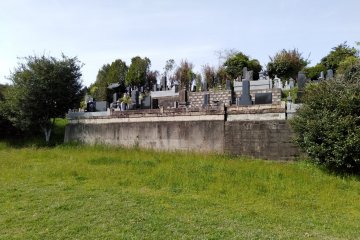 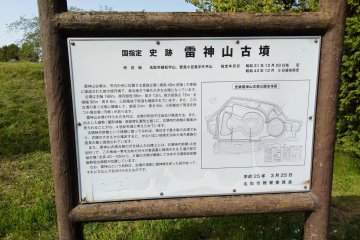 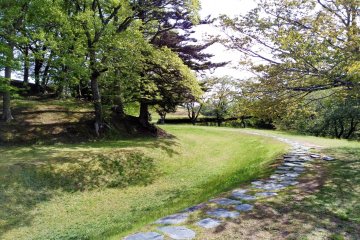 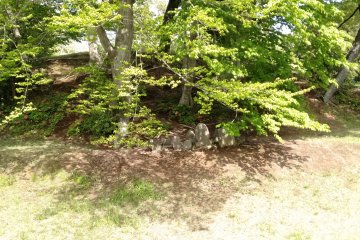 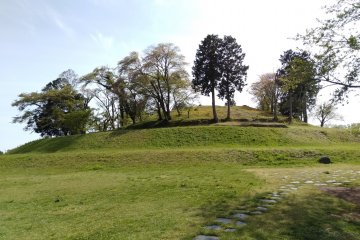 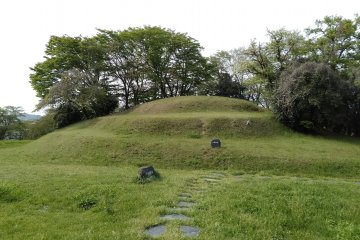 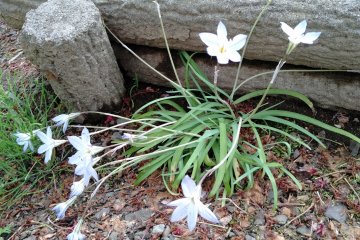 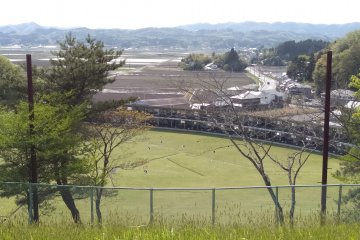