The band is on FIRE (Photo: Ashley Cox)

Sequins. Greaser hair. Pin stripe suits. Have I gone back in time or is this heaven?

In fact, it is neither! It is Kento's live house at the Kokubuncho entertainment district in Sendai. To someone like me, who has an old heart in a young person's body, this was heaven on earth! The live music was fantastic! The house band, The Cadillacs, had a stage performance every hour with a 15 to 20 minute break between sets. Each set was wonderfully done; the band members all performed together as a team and were very fun to watch. All the band members had very strong and distinct stage presences and also dressed in vintage fashion styles. Even the hair was styled in the same manner as young people did in the U.S. in the 1950's. All of the songs were in English and that really helped set the feel of it being in the U.S. in the 1950's. The band played all the popular oldies, including Johnny B. Goode, Country Roads and Desperado. After the first couple sets, they started taking requests. The request list was in Japanese, and also included songs that were not from the 50's but were still fun songs. Some of the request titles included Dancing Queen, Livin' La Vida Loca and Love Shack. The band's motto is "Our dream is...Giving you sweet memories and dreams by LIVE PERFORMANCE!!" and they certainly delivered!

There is a cover charge to get in. The cover for men is 2000 yen and 1700 yen for women, plus an additional 10% service charge. Also, each person must purchase a food item. The food items range in price from 700 yen to 1300 yen. Each person must also buy one drink; the drink prices range from 600 yen to 1200 yen. There are some original cocktails. The drink and food menu is about the same price range as the other live houses and music clubs I have been to in Sendai. The menu has pictures so it is easy to order, but the drink menu does not have pictures, so if you don't read Japanese, you may have some difficulty with the menu. One bonus is that all the menus have clear set prices. The food was pretty good, and there was a variety of dishes. Definitely something on the menu for everyone! I had a chance to try the cheesy french fries, the pizza and yakisoba. There were also meat dishes and differet types of salads on the menu as well.

Kento's does a great job on treating their customers right! The service was very good. and it even includes a bottle keep service for regulars. And speaking of regulars...the servers and even the young band members seemed very familiar with all of them. I was a little concerned--being a foreigner, non-regular and also younger than most of the crowd there--that I would be given the cold shoulder but that was certainly not the case! I felt quite welcome by everyone there. I even danced with some of the regulars on the small dance floor. Most of the regulars are older Japanese people, but they still could cut a rug on the dance floor! As a tip for the first-timer, this is a bit of a classy place so everyone dresses up to go. Nothing too casual though.

In the end, this amazingly authentic US vintage experience will cost you between 4500 and 6000 yen. Charges include the cover charge, food, drink and the 10% service charge. This is a great experience that is fun, unforgettable and difficult to find even in the US! A great place for an evening out.

Actually this is a chain with stores in Tokyo, Nagoya, and Fukuoka!

Located a 5 min walk from Kotadaikoen Subway, take the entrance across from Lotteria Hamburger and continue two blocks into Kokubuncho. There is a yellow sign on the outside of the building. 6th floor. 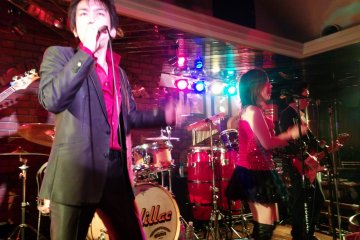 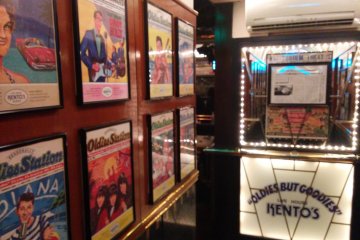 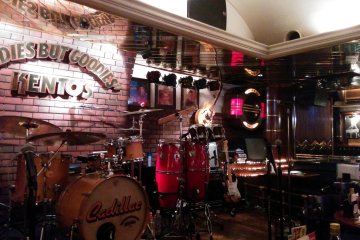 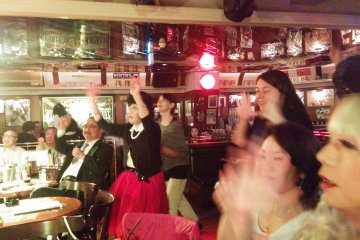 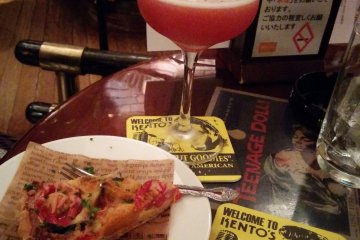 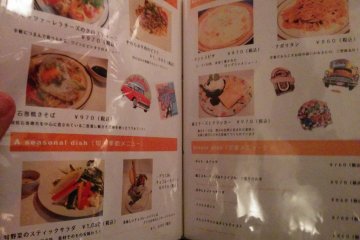