A closer look at the beef tongues (Photo: Stefanus Husin)

If you happen to be in Sendai and looking for what to eat, then how about giving gyutan a try? Gyutan is basically beef tongue grilled over charcoal, served with ox tail soup, barley rice, and pickled vegetables. A Sendai city original and favorite, the cuisine is now so popular that is known nationwide and is even served in a few Tokyo restaurants. It's popularity is in no doubt thanks to gyutan's interesting history and creative variations. There are over a hundred restaurants in the city serving this tasty treat, but you should skip the rest and stick with the best at Aji Tasuke (味太助), the birthplace of gyutan. ​

Keishiro Sano, the original owner of Aji Tasuke since it opened in 1948, learned about the rich flavours beef tongue could produce from a French chef. He tweaked the flavour to make it more suitable to the Japanese pallet, and before long the food became a hit. When Keishiro passed away on 15th March 1994, his eldest son Kazuo took over the restaurant. Even among the stiff competition of so many restaurants and two Sendai gyutan chain restaurants (Rikyu and Kisuke), Aji Tasuke still remains a popular option for gyutan dining.

Located about a seven minute walk from Hirosedori subway station or five minutes from Kotaodaikoen station, Tasuke is right in the heart of downtown. Inside, the ambience of the restaurant felt really cosy and comfortable like I was in someone else's home. If you look around the restaurant you will notice that it looks just like a living room with an open kitchen.​ I ordered the 1900 yen set meal which includes four beef tongues, steamed white rice, oxtail soup and a glass of barley tea. There are a few other options, such as the set meal with three beef tongues for 1600 yen, or just the beef tongue itself. They have lunch specials which are about 100 yen less than the dinner course.

The beef tongue was chewy and full of flavour. It was fresh and grilled to perfection. If you are sitting by the table facing the chef, you will be able to see everything, from the moment they grill the tongues and how they prepare the oxtail soup. The oxtail soup was really tender and it was mild in flavour when compared to the beef tongue. Add the rice and pickles and the meal balances out to create a really nice combination.

If you're coming to Sendai, you have to try gyutan at least once. And if it is only going to be once, make a trip to Aji Tasuke.

A traveller, photo enthusiast, adrenalin junkie, and food lover that wants to explore and experience the world. Come and tag along as I go through this and enjoy it through my photos! :) 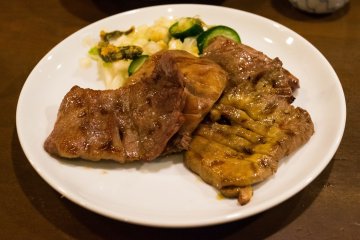 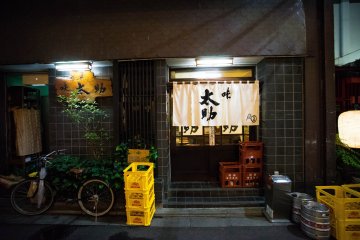 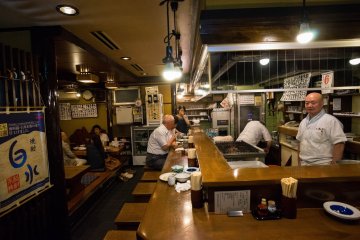 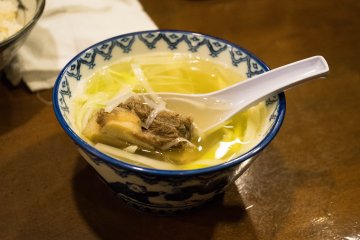 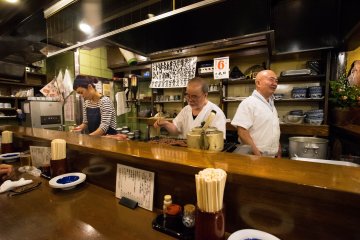 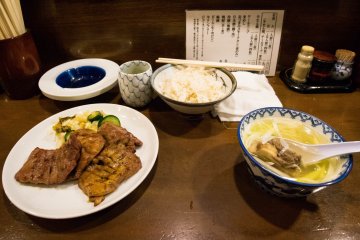