Pearls to adorn the neck of every woman in the world

Mikimoto Pearl Island is located just off the shore about 5 minutes walk from Toba Kintetsu/JR Station. The island is reached by a covered bridge. Green trees and manicured gardens make it a beautiful setting to investigate Kokichi Mikimoto's legacy to Toba and the rest of the world.

Kokichi Mikimoto was the eldest son of a family that ran a noodle shop in Toba. He left school at 15 and sold vegetables to help support the family, and later got involved in a venture to raise pearl oysters near Bentenjima. He eventually created the first cultured pearl in the world on what is now called Pearl Island in 1893. The first cultured pearls were half pearls known as ‘mabes’, but after much trial and error he was finally able to produce perfectly spherical pearls. Mikimoto’s Ginza store was opened in 1899, and the patent for spherical pearl culture was granted in 1908.

Growing up in a port town that saw a lot of international traffic during the Meiji Era, Mikimoto had a vision for forming good relationships between Japan and the rest of the world. Over the years he welcomed countless foreign visitors to Pearl Island. Celebrity visitors have included royalty, aristocrats, politicians, ambassadors, and ministers and many other major international figures from the worlds of academia, culture and business.

A statue of Kokichi Mikimoto stands on the island, and you can learn more about his life in the Kokichi Memorial Hall which stands on one side of the island. He sounds like an extraordinary character. He said “I’d like to produce pearls to adorn the neck of every woman in the world.” He also said “If a lady is sick, wearing a pearl necklace will do wonders for illness.” I wonder if he meant physically or psychologically? I’d like to test that out!

Where better to discover the process of pearl culture than the island where it all began? At the Pearl Museum you can follow the growth of a pearl from the moment the fragment of shell is surgically implanted through to the time it is harvested and judged for quality. Actually, strict quality control was one of Mikimoto’s secrets of success. Many, many pearls are discarded as unsuitable for marketing.

You can test yourself with two pearl necklaces – can you tell which one is cultured and which one is real? You can view the surgical instruments used for seeding the shellfish, the pocket panel nets to contain them, and the rafts they hang from. The museum has a good mix of exhibits, audio visuals, things to touch, objects to look at, and there are English explanations. Staff are also on hand for questions. As a museum, I thought it was really well balanced, and I found all of it very interesting.

One of the most interesting things for me was the collection of antique jewelry and works of art featuring pearls. There were some truly stunning pieces, including a large model of America’s Liberty bell completely made of pearls, and a globe with the sea in pearls and the countries of the world in gold. There are also two crowns and a five tier pagoda. Besides those impressive works of art the collection includes jewelry from two thousand years of history. The majority of the jewelry is 19th or early 20th Century, but there are a number of older pieces, the oldest being a 1st century Roman necklace of jade beads, pearls and gold.

The Ama divers played an essential role in the development of the cultured pearl industry. They collected the oysters for implanting, and returned them to the ocean afterward. They moved them to safety if there were red tides or typhoons. Without the Ama divers the cultured pearl industry could never have developed. You can watch Ama diving from a boat as you sit in a comfortable room overlooking the sea, and listen to an explanation in English, German, French, Russian, Spanish, Italian, Korean or Chinese. Make sure you listen for the distinctive whistle Ama divers use to control their breathing. Once you hear it, you'll never forget it!

You can shop for pearl products on the first floor of the Pearl Plaza, and on the second floor there is also a restaurant overlooking Toba Bay.

Check out these articles for more on Mikimoto Pearl Island:

The Birthplace of Cultured Pearls 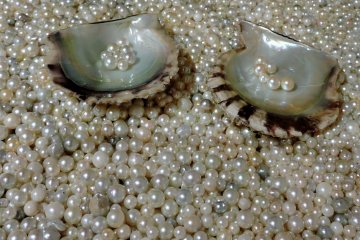 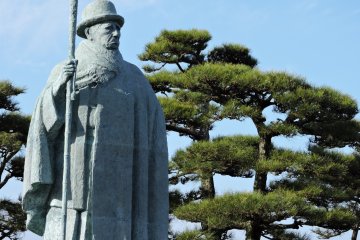 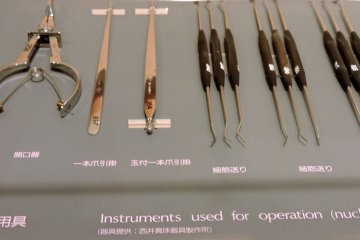 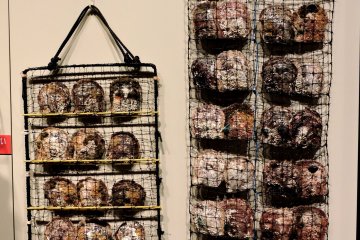 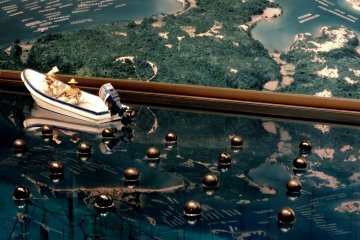 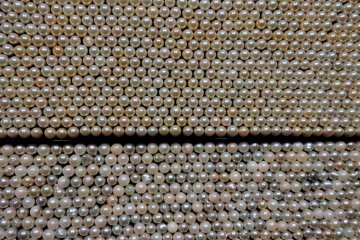 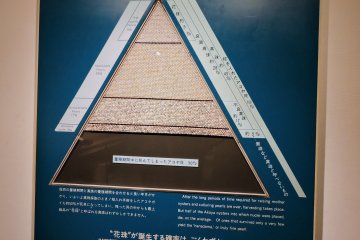 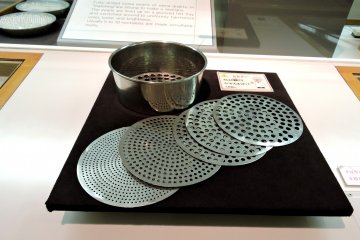 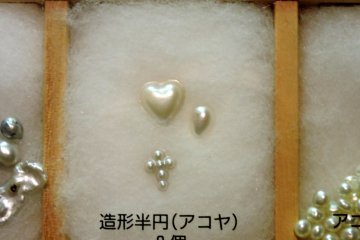 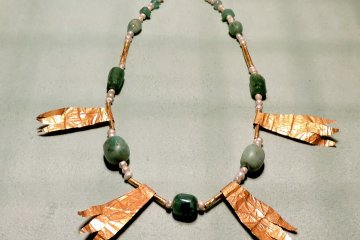 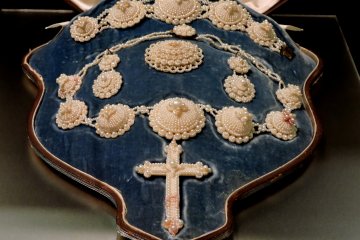 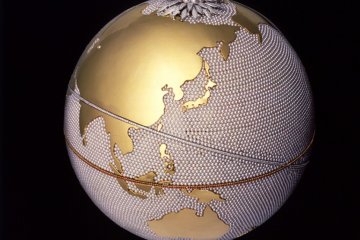 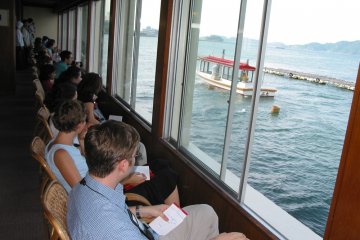 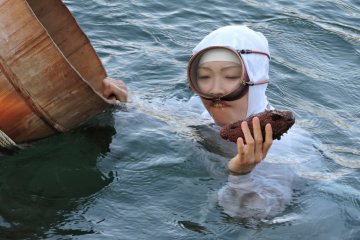