One really interesting thing to do in the Toba, Ise and Shima area is to visit an Amagoya, or Ama hut, a place where the divers gather to rest and warm up after their dives.

I visited Hachiman-Kamado, an Amagoya on the Toba shore-line. The hut was a low L-shaped structure consisting of rooms with irori fire places in the center and tables around the edges. Clerestory chimneys vented the smoke from the fireplaces.

Along the side of the building facing the sea, a covered lean-to verandah had been built and furnished with wooden tables and bench seating. There was a lot of space – they can accommodate 110 visitors at one time! They also have parking for up to 50 cars, or 6 large-size coaches.

The facilities are air-conditioned, wheel-chair friendly, have free Wi-Fi, and even a special prayer room for their Muslim guests. All that is pretty impressive for a ‘hut’!

We were ushered into one of the rooms, where a woman dressed in traditional Ama costume of white shirt and cap, with a blue skirt and red apron, knelt by the fire and placed fresh seafood over the grill. There was a selection of shellfish including sea snails (sazae), large clams, and scallops. When in season (March to mid-September) abalone (awabi) is also an option. The high point of the meal was a spiny lobster, especially chosen because it still had long, unbroken antenna, which is considered lucky. Everything had been gathered fresh from the ocean that morning by the hands of the Ama divers. While the seafood was cooking, an Ama diver told us about their life and work.

The delicious seafood lunch was served with organic rice grown by the owners of the hut, hijiki salad, miso soup with spiny lobster, and some sashimi of sea bream (tai). The seaweeds were also gathered by the ama divers. Everything about the meal was perfect. Depending on the size of your group and what you want to eat, the price of lunch starts at ￥3,500. There is also a ‘tea-time’ option starting at ￥2000 (prices based on groups of 4 or more people.)

Trying on an Ama diver's costume

After the meal it was time to try on a traditional Ama costume and pose for photos. I have to say, I really couldn’t imagine trying to dive in those clothes. These days Ama divers wear wet suits beneath the costume, but they told me they choose to wear the costume as well (minus the red apron.) The divers carry a flat metal bar with a hook at one end. The hook is for catching fish, while the blunt end of the bar is for prizing shellfish off the rocks. They also have a round life-saver buoy with a net basket attached to carry their catch in.

Life as an Ama diver

There are still about 2000 Ama divers in Japan and about half of them live and work in this area. Most Ama divers are over 40 years old (they say it takes at least 10 years to become a professional Ama diver.) There are a few male Ama divers in the area, but most are female. Women have more body fat than men, so generally they can handle the cold water better than men. After spending 90 minutes or so diving, the women are tired and chilled, so they need a place to warm up. They gather in Ama huts to change out of their diving gear, then they sit around the fire drinking tea and eating sweet potato and rice cakes. They also tell stories, laugh and generally have a good time. There may even be dancing involved!

Amas dive in the mornings between 9 and 10:30, weather permitting. They don’t dive on dates which include the number seven (7th, 17th, and 27th) because those days are considered unlucky. In addition they have two scheduled days off in a month. Of course they can’t dive over the winter, so they take a vacation then, and another between September 15 and the end of October (typhoon season).

A woman can’t just decide that she wants to be an Ama. Like many traditional occupations in Japan, it is hereditary. Fishing rights are passed from mother to daughter. The youngest Ama are around 40 years old. They say it takes at least 10 years to learn to be an Ama. Most Ama are married, so they also work at home-making, raising children, and often farming as well. Diving can be both difficult and dangerous, so it’s not a suitable job for someone with young children.

Some of the Ama dive from boats, sometimes in husband and wife teams, while others dive from the shore. An Ama can dive 10 meters down in just 1 minute. To avoid damage to their lungs they have a special method of breathing. Once you hear the plaintive whistle an Ama diver uses to control her breathing, you will never forget the sound!

At 83 years old, Reiko Nomura is reportedly the oldest Ama diver in Japan, and we were privileged to meet her. She had a star on her white hood. It is one of two Ama symbols of protection, ‘seiman’ and ‘douman’. Reiko-san’s son and daughter-in-law manage the Hachiman-Kamado Hut.

Other Amagoya in Toba, Ise and Shima

Hachiman-Kamado is just one of several Amagoya in the Toba, Ise and Shima area. If you would like to visit an Ama hut as part of a tour, Kaito Yumin Club has an English website and arranges a tour which includes an Ama hut and the Ishigami Shrine where Ama divers pray for protection. Two other huts in this area are Osatsu Kamado and Satoumi-an, however their websites are only in Japanese.

I definitely enjoyed the delicious seafood meal, but the chance to meet real Ama divers and learn about their unique culture was one of my most memorable experiences in Mie. 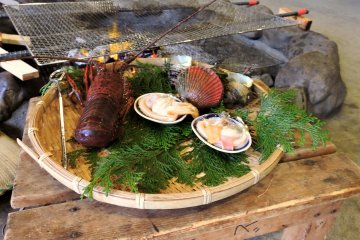 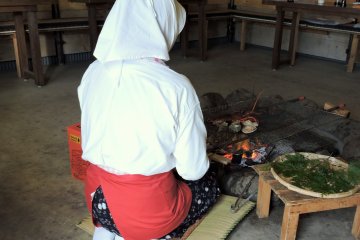 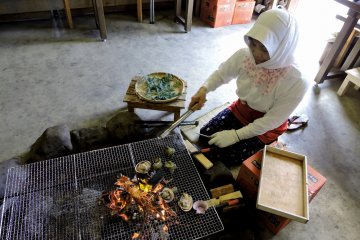 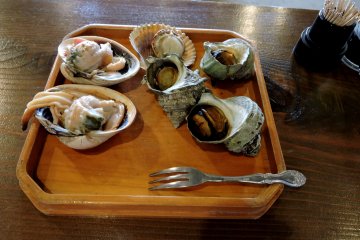 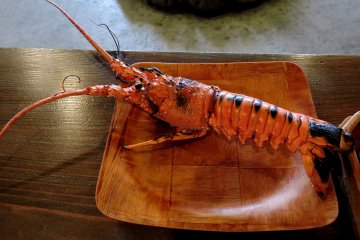 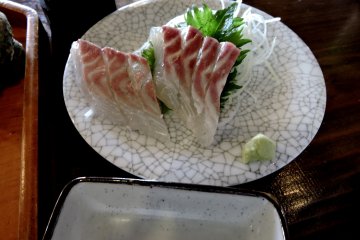 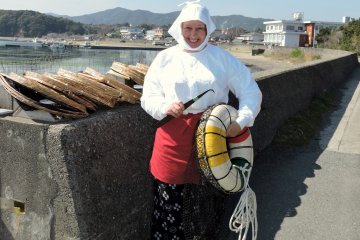 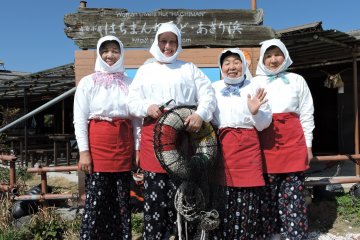 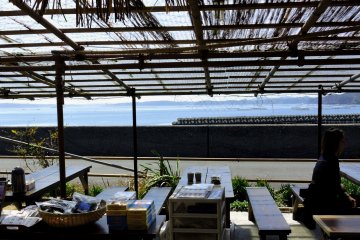 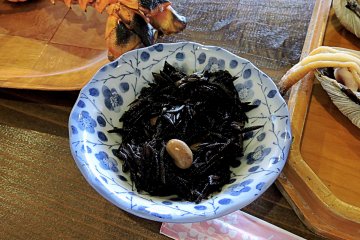 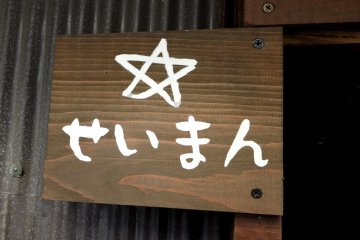 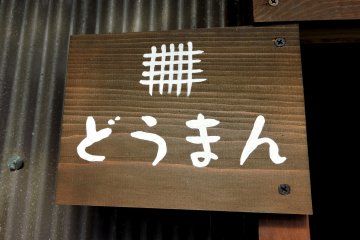