Japan's most sacred shrine and home of the Sun Goddess

Ise Jingu is one of the most sacred places in Japan. This sprawling shrine complex, set within a primordial forest, is home to Amaterasu, goddess of the sun and ancestor of the Imperial family.

It is thought to have been founded some 2,000 years ago (approximately 5 B.C.E.) when the Imperial Princess Yamatohime-no-Mikoto, daughter of Emperor Suinin, was sent out to find a permanent place to build a shrine to the Sun Goddess.

For 20 years she wandered through the lands of Ohmi (Shiga Prefecture) and Mino (southern Gifu Prefecture) before finally entering the province of Ise (now Mie Prefecture). When she arrived, Amaterasu spoke saying;

"The Province of Ise, of the Divine Wind, is the land whither repair the successive waves from the Eternal World. It is a secluded and pleasant land. In this land I wish to dwell."

In the year 110 C.E., the legendary prince Yamato Takeru (whose own story is tied to Mie Prefecture) had been sent by his father, Emperor Keiko, to conquer the barbarians of the eastern provinces. visited his aunt, Princess Yamatohime who had by now been chief priestess for over 100 years.

He had not long returned from conquering the barbarians of the west and was concerned that his father, Emperor Keiko, wished him to die, since he was always sent out into danger. He said to her,

"It must surely be that the Heavenly Sovereign thinks I may die quickly; for after sending me to smite the wicked people of the West, I am no sooner come up again [to the capital] than, without bestowing on me an army, he now sends me off afresh to pacify the wicked people of the twelve circuits of the East. Consequently I think that he certainly thinks I shall die quickly."

The chief priestess comforted him and gave him the blessings of Amaterasu. She also gifted him the legendary Grass Cutting Sword, Kusunagi-no-Tsurugi, one of the mystical objects that form the Imperial Regalia. However, after successfully completing his mission, he would later die of illness somewhere in the north of the prefecture.

Throughout its history, Ise Jingu has been an incredibly important destination for pilgrimage, forming one of the routes of the UNESCO World Heritage Kumano Kodo pilgrimage trail. In the year 965 Emperor Murakami ordered that it be first of what would become the Nijuni-Sha, 22 important Shinto Shrines containing guardian Kami (spirits or gods) to whom messengers would be sent to report important events.

Ise Jingu is actually made up of two main areas. The Naiku or Inner Shrine is where Amaterasu is enshrined and is the more commonly visited of the two. The Geku or Outer Shrine is dedicated to Toyouke-Omikami, a god of industry and agriculture.

The Naiku and Geku are about 6km apart but it is easy to visit both in one day. In fact many people will walk between the two as part of their pilgrimage. Traditionally, one should visit the Geku first however most people these days go straight to the Naiku. The Naiku itself is accessed via the famous Uji Bridge which spans the crystal clear Isuzu River and serves to separate the physical world from the spiritual world.

Once across the bridge, the path turns right, running parallel to the river. Passing through a couple of large torii gates eventually leads to the temizu-sha hand washing basin as well as a small clearing where you can reach the waters of the sacred river. Visitors can choose to ritually wash their hands and mouths using either the temizu-sha or at the Mitarashi on the riverbank nearby.

The majority of the shrine precinct is covered in thick forest with walkways carved between the ancient trees. Some of these giants have been worn smooth in places over the years as visitors pass their hands over their trunk hoping to receive their wisdom and strength.

Also hidden among the trees are the numerous buildings and smaller shrines that make up the Naiku. Of these, the only building that is really open to the public is the Kagura-den where charms and blessings can be purchased. There are also special halls for priests to purify themselves before taking part in ceremonies and for preparing the food that is to be offered to the gods.

One of the shrines, Mishine-no-Mikura is built specifically to store the rice harvested especially for rituals. Another, called Kazahinomi-no-Miya, was built in a small clearing across the river to enshrine a pair of wind spirits who are thought to have created the typhoons that destroyed the enemy fleets during the attempted invasion by the Mongols in the 13th century.

At the heart of the forest is Kotai Jingu, the main shrine that houses Amaterasu as well as the Sacred Mirror, another of the three treasures of the Imperial Regalia. As one of the most sacred buildings in all of Japan, the shrine itself is off-limits to the public and hidden behind a high fence. Visitors may approach the gate though, by climbing a short flight of ancient, time-worn steps. It is important to keep to the sides as you approach the shrine as the center of the path is reserved for the kami.

As you wander around the forest, you can't help but feel the serenity and mystery. Even on days when it's relatively busy, the Meiji Period walkways feel relatively calm and quiet. Only when you reach the Kotai Jingu and queue up to pray does it begin to feel busy. And the whole area, including both Naiku and Geku, is about the same size as Paris.

One thing that may come as a surprise when visiting Ise Jingu is just how new everything looks; from the Uji Bridge to the Kotai Jingu itself. This is because every 30 years, the whole shrine is rebuilt, always using cypress wood. This tradition, called the Shikinen Sengu, is thought to have been started by Empress Jito in the year 692 and over the last 1400 years, has been rebuilt 62 times. It was last rebuilt in 2013 so the next event will be 2033. It is not known for certain why the Shrine is rebuilt so regularly but rebirth and renewal are important concepts within Shinto.

A shrine of such importance obviously holds many festivals and rituals throughout the year for events such as New Year and the Emperor's birthday. In fact, it is thought that there are more than 1,500 rituals performed annually. Its most significant festivals though all surround the harvest. A few happen at the beginning of the growing season to pray for a successful harvest but the most important takes place in October when they give thanks for their bounty.

While it is easy to spend a full day exploring the shrine and its mystical woods, it is well worth spending some time exploring the nearby Iseshi Old Town and its famous Okage Yokocho district. This bustling area, with its traditionally styled, dark wooden buildings is a perfect place to find souvenirs and to sample local delicacies.

Despite its Edo Period architecture, Okage Yokocho is actually an entirely modern reconstruction built in 1993. It is styled on the original Edo Period market town that grew up near Ise Jingu to cater to pilgrims as their numbers reached their peak.

The quotes by Yamato Takeru and Amaterasu are taken from the 19th century English translation of the Nihon Shoki by W.G Aston.

Since there are no Shinkansen Stations in Mie Prefecture, it is easiest to reach from Nagoya. You can take the Kintetsu Line from Nagoya Station direct to Iseshi Station which takes about 80 minutes. From there, you will need to take a bus bound for the Naiku which takes around 10 minutes.

Alternatively, you can take the Kintetsu Line from Osaka-Namba Station (100 minutes) or Kyoto Station (130 minutes).

Find out more about Ise Jingu.

I work for a very traditional ryokan deep in the countryside of southern Osaka. I have a fascination with Japanese history and culture and am lucky that my work gets me deeply involved with both. When I am not welcoming guests or assisting in tea ceremonies, I can be found wandering the the more ... 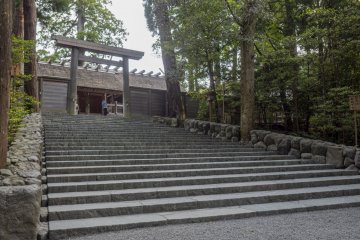 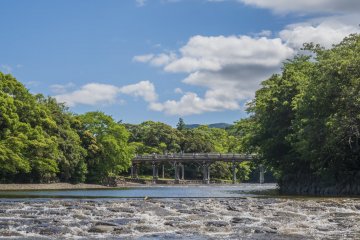 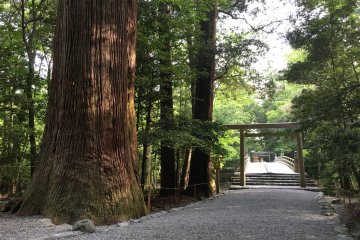 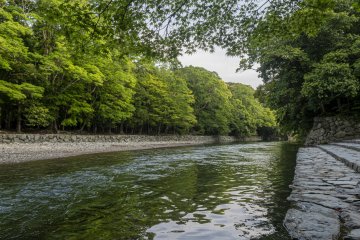 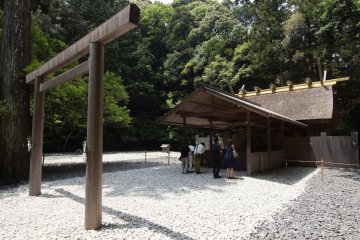 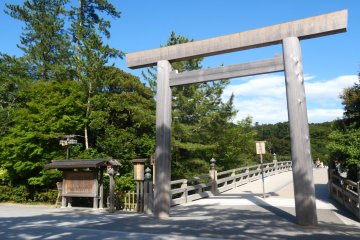 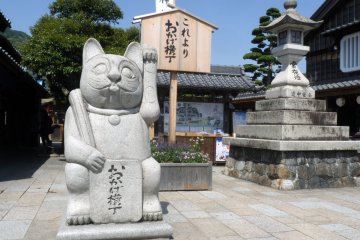 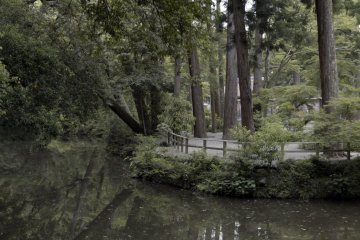 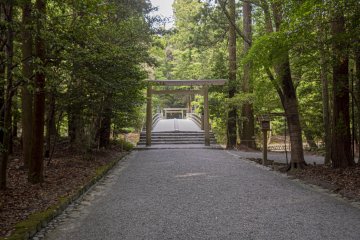