Kyoto’s Kiyomizu-dera is one of Japan’s best-known temples. Perched on the side of a cliff, its much-photographed platform is truly impressive.

The platform is supported by 139 legs or stilts; Zelkova pillars that each stand 13 meters tall. This unique construction style is known as the ‘Kakezukuri Method’. In it, carpenters create holes and grooves in pieces of wood (the pillars and cross beams), and then combine them to form a latticed square frame. They are put together without any nails! Then everything is adjusted to ensure that the floor is horizontal and correctly balanced. In the case of Kiyomizu-dera, the platform floor consists of more than 410 pieces of cedar plates and has a slight slant toward the edge of the platform in order to protect the wood from being damaged by rainwater.

After showing respect for the altar, look over the view from the platform. Besides providing visitors with a great view of a nearby pagoda as well as views of downtown Kyoto and a temple building next to it, also on stilts, the wide platform is also unique in that over the years, a variety of events have been held here, including Sumo wrestling, Classical music concerts, Kabuki, Kyogen, and Noh. And it is in fact a famous Noh story called Tamura, that I would like to tell you about today. Tamura is important and interesting, because it tells us the story of this very temple’s origins.

The Noh opera ‘Tamura’ and Kiyomizu-dera

One day, a priest and his attendant come and visit Kiyomizu-dera. It is a pleasant day in spring and cherry blossoms in the precincts are in full bloom. “Beautiful,” the priest says. A man who is sweeping and cleaning the petals of flowers smiles at the priest. The man explains that he is a flower guard. When the priest praises the temple’s cherry trees, the flower guard tells him this story:

There was a priest named Kenshin who practiced at a temple in Nara. One day, Kenshin received a revelation in his dreams to go north looking for a golden stream. So Kenshin went north and eventually found the stream. He followed it and reached the fountainhead. Kenshin saw another priest practicing austerities there. When the priest noticed Kenshin, he told Kenshin that he had been waiting for him for a long time. Then the priest left, leaving a sacred piece of wood for Kenshin. Kenshin carved a Buddhist statue of Kannon (Buddha) into the wood, and set it in his hermitage and prayed.

Two years later, a hunter named Tamura-maro lost his way and wandered into a mountain forest while tracking a deer to get medicine from its special organ in order to heal his wife’s disease. There, Tamura-maro accidentally met Kenshin. Kenshin admonished him for killing animals in the holy precincts of the Kannon. Listening to Kenshin’s sermon, Tamura-maro was impressed with Buddhism and became a believer. Soon after that, Tamura-maro donated a monastery building to the temple. This was the beginning of Kiyomizu-dera (the direct meaning of the name is ‘a temple of holy water’).

Tamura-maro (758-811) was an actual samurai warrior. He was a big man (176 cm, 120 kg), with a red face, sharp eyes, and golden whiskers. He was powerful but always gentle to the weak. He became a hero in Kyoto as described in the story below.

At the very beginning of Kyoto’s history, Emperor Kanmu (737-806) tried to unite the county, and sent a force to suppress an eastern rebellion. The first expedition in 788 failed. Thousands of soldiers lost their lives in the war. Then, Tamura-maro was appointed as an assistant officer to the second expedition in 791. He reviewed all the details of the first fight and prepared carefully for the fight to come. As a result, the emperor’s forces won many battles. But there was still powerful resistance from Aterui in the northeast.

In the third war of 797, Tamura-maro went to the front as chief commander. He brought farmers along with his soldiers and made them teach advanced farming skills and sericulture techniques to the people of the northeast. He didn’t kill the people who surrendered, and instead gave them land and guaranteed them that they would be safe and prosper if they submitted to Emperor Kanmu. He tried to minimize the deaths and injuries to soldiers on both sides, and established a relationship of mutual trust with them.

Tamura-maro became a hero of Kyoto

In 801, Tamura-maro with 40,000 soldiers clashed with the forces of Aterui. But they fought to a standstill. However, in the following year, Aterui eventually surrendered with his 500 soldiers and Tamura-maro succeeded in bringing the long lasting conflict to an end. Thus, he became the Kyoto hero who helped to establish Kiyomizu-dera. Tamura-do in the middle of the precincts is a memorial building for Tamura-maro.

Find out more about Kiyomizu-dera Temple. 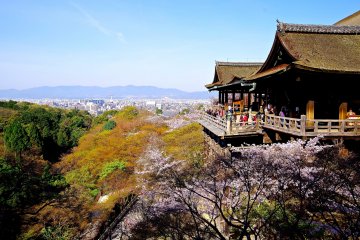 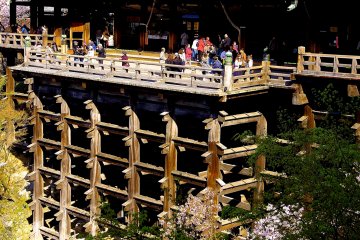 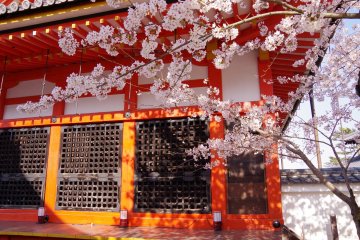 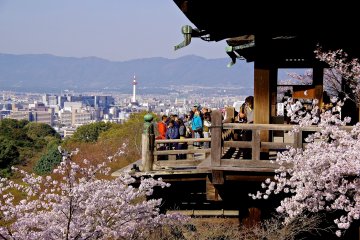 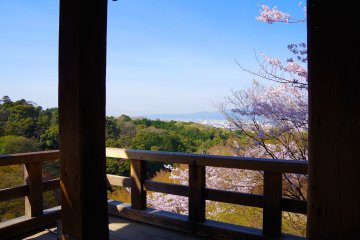 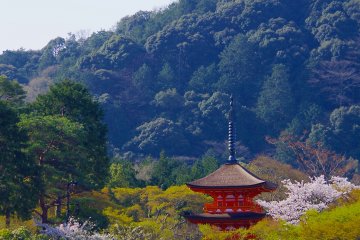 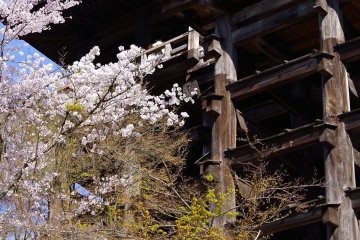 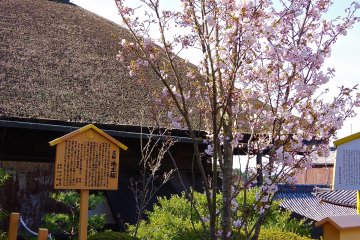 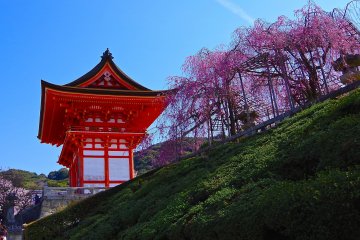 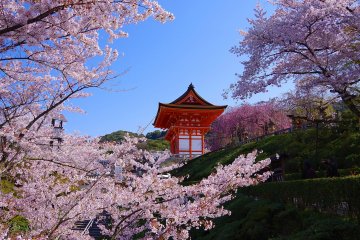 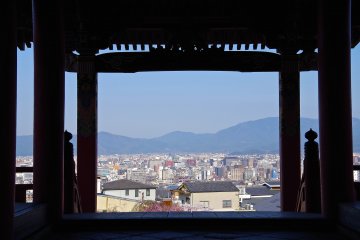 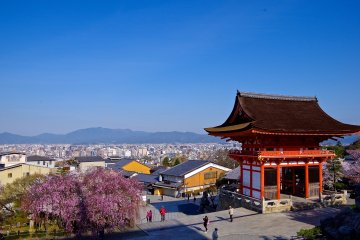