Looking out onto the garden (Photo: Peter Sidell)

Escape the crowds and enjoy the tranquility

When I go out for a day's sightseeing I try to always leave some spare time, so I can enjoy unexpected pleasures that I find when I'm walking around. So after a morning at Fushimi Inari Taisha and a poke around Tofuku-ji, I see on a map a handful of smaller temples nearby, of which the most enjoyable to look around was this one.

Some history: a sub-temple of Tofuku-ji, Funda-in was founded at the beginning of the 14th century, at the behest of the chief advisor to the emperor. The south garden was laid out in the middle of the 15th century by Sesshu Toyo, a prominent master of ink painting, so the temple is also sometimes known as Sesshu-ji.

The main temple building is a reconstruction dating back to the late 1890s after the original was destroyed by fire. It's of very traditional design, with sliding paper-screen doors, tatami mat floors, and charming paintings on many of the doors. At the altar there are some beautiful, colourful Buddhist paintings, while attached to the main building there's a tearoom, with an unusual circular window looking out onto the south garden.

This garden is an absolute delight, with its elegant, minimal design and peaceful atmosphere. One of the oldest dry landscape gardens in Kyoto, it's known as Garden of a Crane and a Turtle for the two carefully laid rock formations; as you look out from the temple building, the crane is on the left, the turtle on the right. It's a lovely place to sit quietly, taking in the contemplative air.

It's immediately west of Tofuku-ji, just a few minutes' walk from Tobakaido station on the Keihan main line, but also walkable from Tofuku-ji station, on the Keihan and JR Nara lines, or from the vicinity of Fushimi Inari Taisha. 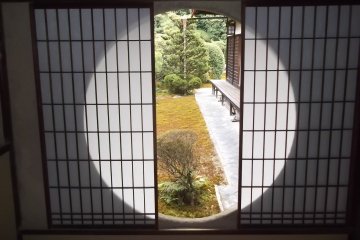 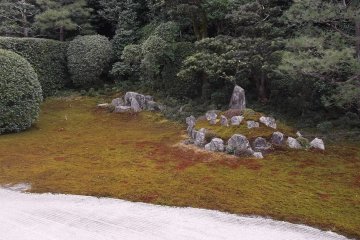 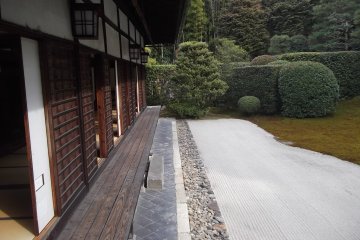 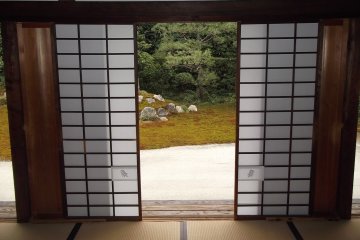 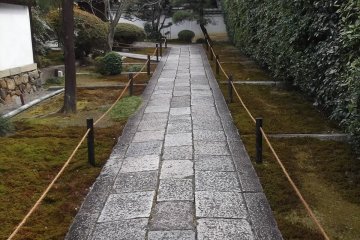