Where internationalism is represented by dolls.

The Yokohama Doll Museum had been on our “To do list” for more than 4 years. We always found something else to do: “Let’s go soon”… while secretly hoping for a more appealing plan to come up.

Sunday was the day that, after plan A had failed, we set off up the steps to this museum with not much bigger expectations than seeing big Anpanman stuffed dolls, colorful anime paraphernalia, and the pinky pink section of Hello Kitty.

Our expectations were not met, luckily! The main aim of Yokohama Doll museum, or so I thought, is to promote internationalism, to put Japanese culture in context, to create a timeless space that brings together people of all ages and nationalities. I guess the degree to which they achieve it depends a lot on the disposition of the viewer, but I can say that I felt ready to experience what the museum had to offer from the first room.

An array of local dolls from countries all over the globe, 141 at the time of my visit, are exposed around an ad hoc circular center. The dolls themselves are all sizes, qualities and materials: felt, plastic, papier-mache, wood, china, celluloid… all of them crowded in behind a glass windows. The beauty of the Korean dolls is especially worth mentioning.

When reaching Europe, my Spaniard eyes were moving up and down in search of the Spanish dolls. ¡A ver, a ver! A plastic bullfighter and a flamenco dancer, I sighed. Could this be more stereotypical? But it’s rooted in the international perception of Spain, like it or not, and it’s true that those plastic dolls can be found in an overwhelming percentage of tourist souvenir shops. As well, they also have barely dressed New Zealand aborigines, alpaca Peruvian dolls in autochthonous outfits, African wooden masks (how stereotypical of me to mention Africa as a country!).

Japan represented through its dolls

The rich section on Japan offers us a glimpse into its vast culture and history. Not surprisingly, we encounter kokeshi dolls, rows of rounded wooden static dolls… static?... they seem to form waves of motion through their togetherness. But that’s only the beginning. There are surviving dolls from the olden days, from several regions, made of different materials, using numerous techniques, with diverse expressions, for various purposes… yes, I learnt that Japanese dolls adjust to 3 roles: there are dolls made for prayer, for play and for display.

Whether religious tools, sources of pleasure or objects of appreciation, from the simplicity of the dolls developed by common people to the superior craftsmanship of Ichimatsu ningyo or the delicacy of the figurines at the Imperial court, they all encompass puzzling concepts as well as a profound feel for craftsmanship.

My favorite part of the museum was a demonstration of the methods for crafting dolls. It was its side-by-side comparison and contrast that I found fascinating: two methods, two sets of tools, two screens showing two videos following exactly the same steps and pacing. On one screen, the process of the crafting of a Japanese doll, on the contiguous screen of a Western doll.

Not all dolls are samples of hard work and dedication. We also learn about US made mass-production dolls, barely compounds of sawdust and paper, a consequence of the decline in French and German doll production after the First World War.

The museum is constantly adding to their collection; moreover, they organize different temporary exhibitions. Every year with the coming of spring, the museum’s Hina Dolls come into bloom: Emperors and Empresses that encompass prayers for the health of all the girls in a family, timeless through the passing of time, static in their representation of a dynamic society.

Traditional styles, techniques and procedures have been inherited, the shape of Hina dolls has transformed from generation to generation and they have evolved into the delicate figurines they are now.

I noticed different faces, costumes and even color and design variations from the Hina dolls I was familiar with. I noticed different utensils and furnishings, all treated with great care. It was only when I took the time to read the information that I realized the exhibition highlighted the differences between the two cities of Edo and Kamigata.

Do it with time

Too old for this museum? Nope! All generations are connected through their relationship with dolls, there’s a timeline but not a time difference. You will feel the connection as you go up the stairwell set up with photographs dating back from the early 20th Century to today.

Don’t let the Yokohama Doll Museum sink down for 4 years in your “to do list”... Do it!

(By the way, there is a stage for puppet shows and also a café, but you’ll have to go there with more time than I did. Please don’t hesitate to let me know about the shows; I am curious about them.)

My name is Sonia Ortiz and as you might infer from it, I am originally from Spain. I've always loved traveling, and since I found out about International teaching, I've lived in the U.S., Sri Lanka, and, of course, Japan. I came on a one year contract but this country's influence has been so stro... 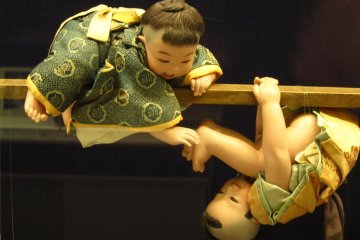 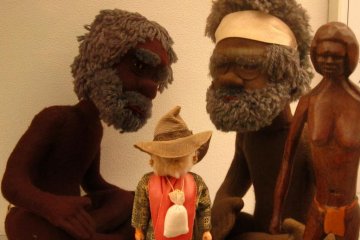 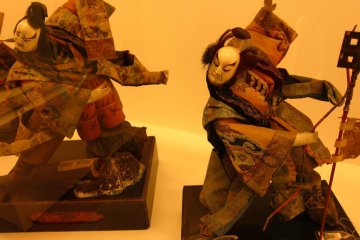 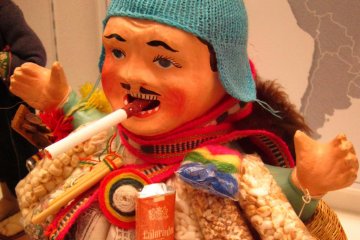 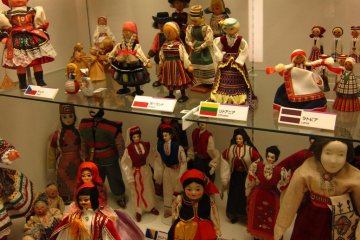 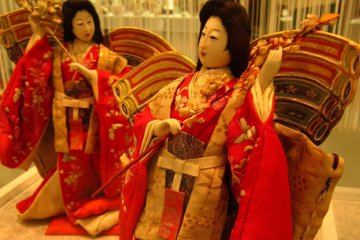