Nature, culture, onsen at the doorstep of Kanazawa City

One of Honshu Island’s eleven peninsulas, the Noto Peninsula has largely been off the radar of foreign visitors to Japan. While Noto attracts many Japanese visitors, foreign travellers have yet to discover the plentifulness of natural and cultural gems that this part of Japan has to offer. There are great hot springs too!

Wakura Onsen Resort is in Naka-Noto at the edge of Nanao Bay. Wajima Onsen is in Oku-Noto and at the entrance to Sosogi Coast. These are the Noto Peninsula’s main hot spring resorts and nature and culture travel spots.

A wide range of accommodations offering hot spring baths and delicious seafood meals make Wakura Onsen and Wajima Onsen an excellent base from where to explore the surroundings of Noto further.

Seemingly remote, access to Noto from Osaka and Kyoto or from Tokyo is actually quite easy. First you take a train to Kanazawa, which is the gateway to the Noto Peninsula. The Hokuriku Shinkansen connects Tokyo with Kanazawa while the Thunderbird Limited Express connects Shin-Osaka and Kyoto with Kanazawa. Travel time in both cases is roughly 2h30min.

There is a network of local busses that provides access to a number of other locations on the peninsula.

Noto Railway, a nostalgia sightseeing train, takes you from Anamizu to Nanao. You can sit back and admire the nice scenery while sipping coffee or sake, depending on the ticket you select.

Alternatively, hire a bicycle to explore the Nanao Bay Area close-up while feeling the sea breeze on your face.

There is also the option of hiring one of the taxis driven by friendly locals who are happy to show you around for a day. They will not only take you to all the recommended scenic spots, like Nafune Coast and Sosogi Beach, but they will also include one or two surprise spots that are favorites amongst the locals.

Highly recommended in all seasons is a visit to Noto’s terraced rice paddies, to the Wajima Morning Market and to the lacquerware showrooms in Wajima.

If you visit in summer, then don’t miss Noto’s spectacular lantern festivals. This is the time when the locals let their hair down and go wild. Aomori’s Nebuta Festival might be famous but Noto’s giant kiriko lanterns are second to none, and the crowd is much less. Taiko fans can look forward to a dramatic performance of Gojinjo Taiko, a type of taiko drumming born in the area.

If you travel to Kanazawa City and you have time to spare, then give Noto a try – you will not be disappointed. 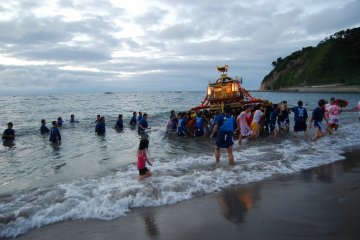 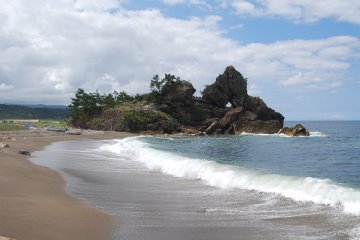 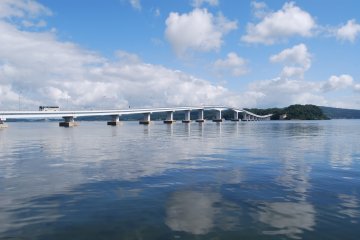 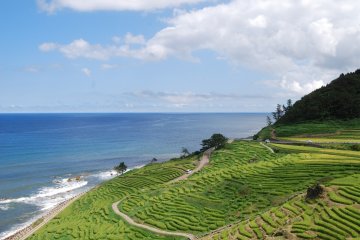 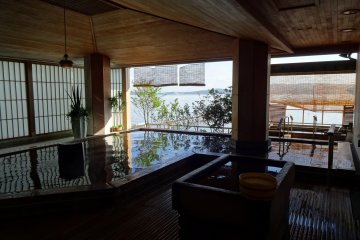 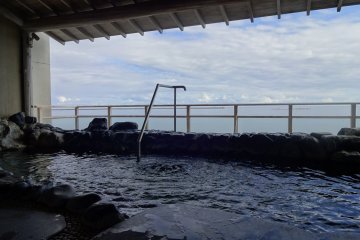