When to Go to Sapporo

Just when should you visit Sapporo?

The Hokkaido capital of Sapporo City promises a range of things to see and do throughout the year. With Hokkaido known as a popular winter sports getaway thanks to its epic snowfall, it’s no surprise to say Sapporo is naturally a top destination in the winter too, with its excellent transport links making it a natural gateway to the region.

Read on to find out what to expect from Sapporo each season:

Sapporo sees its first snowfall from December, with its transformation into a winter wonderland well underway from December each year as pure white snow takes over much of the landscape until March.

One of Sapporo’s most iconic winter events may be the Sapporo Snow Festival, which takes place each February. Onlookers descend on central Sapporo to marvel at spectacular ice and snow sculptures across three sites at Odori Park, Susukino, and Tsu Dome Site.

Sapporo is known to many around the world as Asia’s first host city for the Winter Olympics, back in 1972. The city is home to its own ski resorts — perfect for those arriving to ski, snowboard, or even snowshoe. Ski resorts to the west of Sapporo’s city center, like SAPPORO TEINE and Sapporo Moiwayama Ski Area, provide incredible day and night views of the cityscape from the slopes.

Make the most of the outdoors by wrapping yourself warm to face Sapporo’s chilly temperatures. As well as the Sapporo Snow Festival’s own evening light ups, why not enjoy the 2,000 snow candles that warm up the evening landscape at Sapporo’s Jozankei Onsen? Some of Sapporo’s downtown sites are also transformed by the glittering Sapporo White Illumination which runs alongside December’s German Christmas Market.

Winter also marks the peak season for catches of crab—which make for a great, heartwarming hotpot dish—as well as Genghis Khan, made with lamb. Classic Sapporo-style miso ramen also comes into its own as hearty sustenance during the colder months, but these days a variety of broths now dominate Sapporo’s ramen scene.

The arrival of spring heralds the first appearance of cherry blossoms for most of Japan. Hokkaido enjoys its cherry blossom season much later than central Japan, with the peak blossom expected around Golden Week (late April–early May) on average. Although the snow may have subsided, the wind can still be chilly so it makes sense to pack light, yet warm, clothing and spare layers.

The warmer weather and promise of cherry blossoms give extra appeal to a number of classic Sapporo outdoor attractions, such as Maruyama Park, Odori Park, and Moerenuma Park. Further south you’ll find the Takino Suzuran Hillside National Park, known for not just its cherry blossoms but also magnificent tulip displays each spring. Back in the city, the Sapporo Lilac Festival also kicks off in May as more people head outdoors with the warmer weather.

July sees the Toyohira River Fireworks light up the night sky, as one of Sapporo’s three main fireworks displays, and coincides with the one-month-long Sapporo Odori Beer Garden at Odori Park.

Many visitors to Hokkaido in the summer may be familiar with the flower fields of Biei or Furano’s lavender gardens. Those exploring the Sapporo region can discover similar sights at the Horomitoge Lavender Garden, to the west of the city.

Summer in Hokkaido skips the humid rainy season that Japan’s main island of Honshu suffers, making for reliably comfortable summers — though nights can still be chilly so be prepared. Sapporo’s relatively cool summer made it a natural choice for the marathon events at the Tokyo 2020 Olympic Games, with Sapporo’s balmy weather the perfect alternative to the sweltering heat experienced in Tokyo.

Autumn in Sapporo brings a spectacular array of fall foliage that descends on the city and its surrounding natural environment. Sapporo Autumn Fest helps get the season going at this outdoor food festival in Odori Park, which brings together many of Hokkaido’s best foods all in one place.

Sapporo’s Jozankei, Maruyama Park, and Odori Park are often cited as some of Hokkaido’s top viewing spots for autumn leaves, with the cooler temperatures suitable for hiking, like at Mount Moiwa, at this time of year. Talking of Mount Moiwa, it paints the backdrop to the autumn colors at Nakajima Park which is another top foliage spot. Enjoy panoramic views from Sapporo Park Hotel.

In particular, Jozankei Onsen, at Shikotsu-Toya National Park is a good choice for fans of hot springs. The surrounding autumn scenery is a perfect match for soaking in the onsen waters, while sightseeing spots like Nishikibashi Bridge and Hoheikyo are located a short drive away.

Creative Director at Japan Travel, based in Tokyo. Feel free to reach out about living, working or travelling in Japan – just book a time. 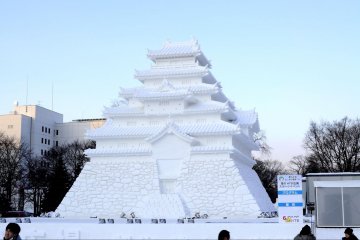 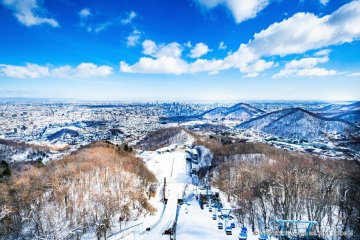 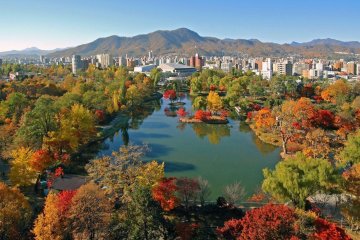 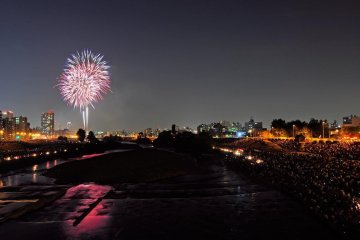 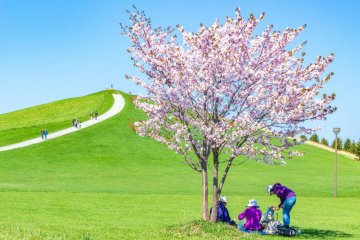