The city of glass, canals and sushi

Just one half hour northwest of Sapporo is the port city of Otaru. Our main purpose for visiting this city was to meet with the curator of Otaru Museum for additional information on Miwa’s grandfather. It turned out that we didn’t want to leave because of all the great things to do and see.

When we arrived at the station we obtained a walking map at the information center and headed over to the famous canal zone. It was a sunny day and many people were out walking along the canal where they were greeted by various artists and souvenir vendors.For tours of the city they had two-seat rickshaws, with barkers standing on the road calling for you to give it a try. Maybe next time we will. While walking along the canal we noticed the Otaru Beer Brewery across the river and decided to stop for lunch. It is fashioned after a German beer bar and is located in a historic warehouse. I ate schnitzel and tasted some very good pilsner.

Next, we walked a few miles to the Otaru Museum and our meeting with the curator. He found some information about Miwa’s grandfather and promised to e-mail additional documents, which he did the very next day. Another couple of miles and we stopped at the glass shopping market on Sakaimachi Street and made some purchases for Father’s Day. We found out that Otaru is known as “the town of glass” and it was obvious after walking several blocks with so many shops to choose from.

In the early evening we took a bus to Mt. Tengu Ropeway. This was the first time we were able to actually do some trail hiking. The view was similar to Hakodate, but not as spectacular. We hiked to the shrine and rubbed the nose of the goblin for good luck. How you rub his nose determines what type of luck will come upon you. After the trip back down the mountain, we had just missed the bus and found a taxi driver taking a smoke break who took us back into town.

Taxis in Japan run from very expensive in Tokyo to reasonable in the smaller cities. We use them after we have reached our maximum daily walking or when my feet cannot take anymore. They do not accept tips and it is an insult to offer one. What we do is round up the fare, and mention to the driver we do not need the change and he gladly accepts it.

Otaru is also known for high-quality sushi. There is a street named Sushiya Dori with many highly rated restaurants. We obtained a sheet from the hotel that rated sushi establishments and began a trek to find the number one. The first two on the list were over-crowded with no seats available, but the third one, Isesushi, had room. The sushi was the best I have ever tasted. The chef prepared each piece one at a time and explained what he was making. When we finished eating one, another was made. Some firsts for me was the head of octopus, sea urchin, jellyfish seaweed salad, trout fish eggs, flatfish, and giant clams. All the sushi was freshly caught in the Otaru area. Total cost with a large Sapporo beer for two was ¥11,640 ($97). This was a bit expensive, but worth the experience.

There were many places in Otaru we did not have time to see and will go back again. The people were very friendly and the atmosphere was laid back. 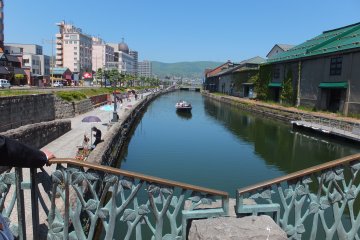 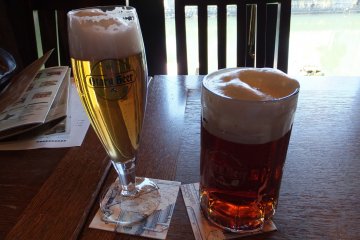 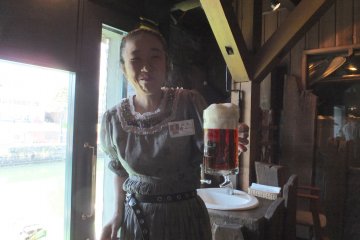 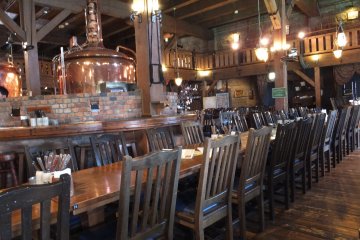 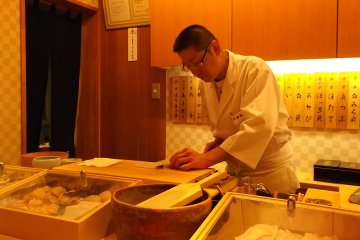 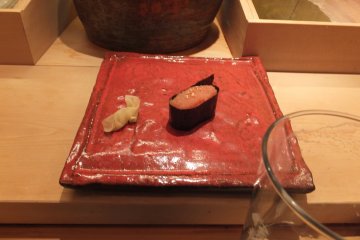 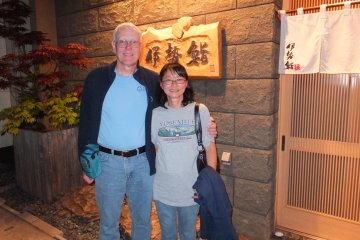 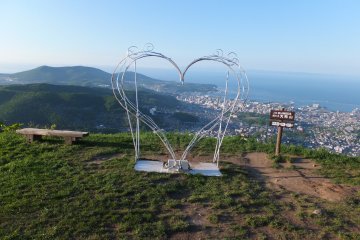 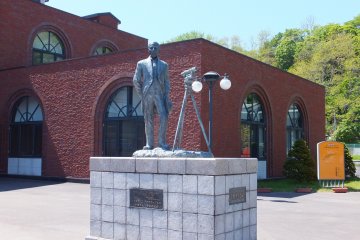