A journey to a different world

Most people planning a trip to Abashiri prefer to stay overnight and divide the sightseeing across two days. Instead of that we went for a day trip as our main intention was the Abashiri Drift Ice sightseeing cruise and even after having done that, we had a good 2 hours to spare before our train back to Sapporo. So when back at the Abashiri station we did some regular enquiries but soon found ourselves confused over going to the Abashiri Prison Museum or to the Hokkaido Museum of Northern Peoples. But thanks to the kind lady at the station's Information Centre, the choice became easier when she recommended the latter to be more enjoyable.

The museum is about 5 km from the Abashiri station and can be easily reached ('Hoppou Minzoku Hakubutsukan Mae' stop) within 15 min by the direct Abashiri bus from the station. Visiting the place in peak winter in Feb, the tall cone-shaped red building is the only thing that makes the museum stand out in the white mass of snow. A flight of stairs led up to the entrance and there was a nominal fee of ¥450 yen for the permanent exhibition.

First thing that caught our attention was a huge Mammoth on display right in the entrance hall. It was also interesting to see its various interpretations in the many paintings made by small children. The museum is just one floor and is quite small unlike the many endless tiring ones. It highlights the life and culture i.e. clothing, living, weapons, food habits and spirituality of the native people inhabiting the northern, subarctic regions in Eurasia and America, including the Ainu, the First Nations people of northern Canada, the Inuit, the Sami and the Siberian peoples. There were pictorial depictions of various fishing and hunting (seal and marine mammals) methods but descriptions in English were quite limited leaving much to our imagination and prior knowledge. The permanent exhibition showcased the different clothing, boots, arms and tools for hunting, subsistence, sleds, amulets, charms and ornaments alongside huge totem poles like structures symbolizing the spiritual beliefs of the northern peoples.

Apart from this permanent exhibition, there was also a temporary/special exhibition section. The admission was free and this hall had interesting miniature models depicting the lifestyle of people from all over the world. There were Japanese, Indian, Nepalese, British, Syrian, Polynesian and many others having tea/ breakfast/ catching fish/ cooking/ selling/ going about their daily chores all in tiny boxes, happily living together in the same room.

Altogether, being small but comprehensive, this museum made for an interesting stop at Abashiri. 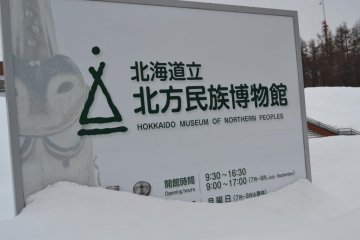 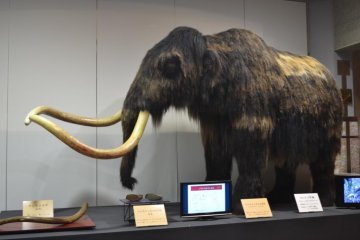 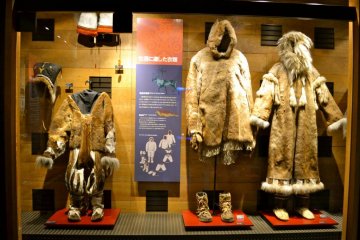 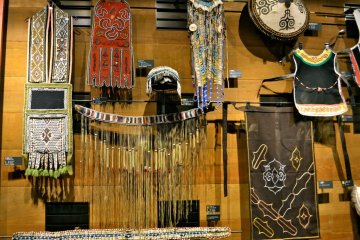 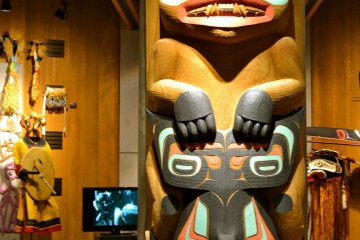 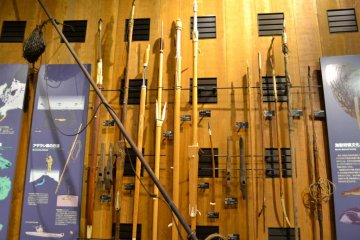 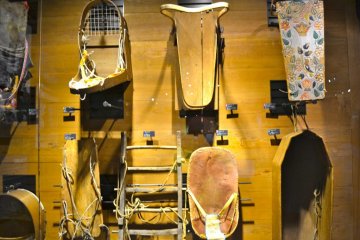 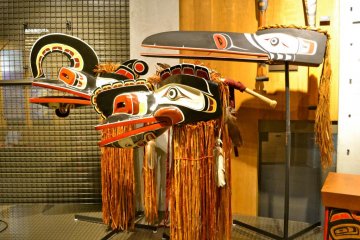 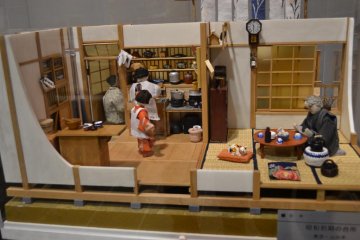 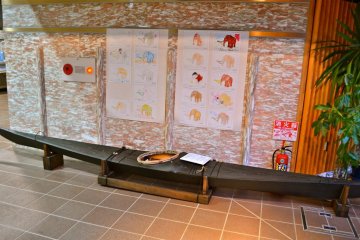