A glimpse into the Hokkaido's late Edo era past

In 1854, when Commodore Perry and his fleet kicked the doors of Japan wide open for the rest of the world, it set in motion a chain of events that lead to the eventual end of the Tokugawa Shogunate. After a 200 year period of self imposed isolation the country took slowly to its new role on the worlds stage and initially only allowed a foreign presence in 3 ports, one of which was Hakodate. Motomachi was the political and cultural heart of the city at the time, and during the following years of trade and new international relationships the area saw an explosion of foreign settlement, embassies, consulates and religious buildings.

The area today retains much of the historical architecture from this important part of Japanese history and the juxtaposition of so many different international influences nestled shoulder to shoulder with Japanese temples and shrines makes it a unique place to visit even 150 years later.

I took my son for a walk around this beautiful area this spring, starting off from Hakodate train station we headed towards the mountain by streetcar (200 yen) and got off at Jujigai station at the foot of the mountain. Motomachi is very hilly in a San Francisco kind of way, so before heading there we popped into Yoshida Soup Curry opposite the streetcar stop, which is a Hakodate institution and quite simply the best soup curry I think I will ever taste. Drawing energy from bellies full of spicy greatness we headed up the hill via Daisanzaka, a very wide, stylishly cobbled road that is supposedly one of Japan’s 100 best streets (again with the lists). From the top of the street you get an amazing view down towards the port with Midori no Shima (green island) serving as the anchor for a fleet of yachts and fishing boats bobbing away in the bay. If you squint hard enough you may even be lucky enough to spot Japan’s first ever concrete electricity pole! A well sign posted source of pride that no visit to the city should ever be without.

As we turned away from the view below and set about wandering Motomachi, the streets became narrower, the din of the city below fell away and it became completely possible to let yourself believe you had traveled back in time: here to the right a huge temple and to the left an impressive example of Russian Orthodox architecture, over there, just round the corner the curves and protrusions of an Episcopalian church could be seen. All of these are still functioning places of worship unlike the old embassies; the British one is now a tea house serving a pretty decent scone.

All this history was lost on my 5 year old so we hurried on to Motomachi park (avoid the joke of a “zoo” there) just a short walk from the temples. There we played footy and I realized with a mixture of horror and pride that I would have to start upping my game in order to not be completely outclassed. As we walked back down the hill a few hours later we passed the old embassy again and I couldn't help but reflect on how many other foreigners had the fortune of Motomachi being their first experience of Japan.

I was born and raised in London, UK and developed the travel bug from a very early age on regular family trips to the English countryside. After graduating from university I worked as a wildlife biologist and was lucky enough to find jobs that let me live for extended periods of time in the Baham... 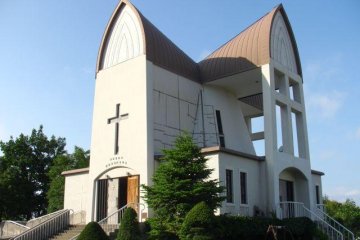 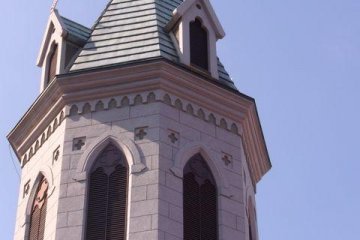 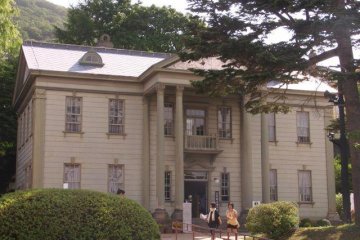 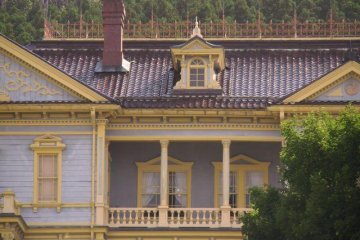 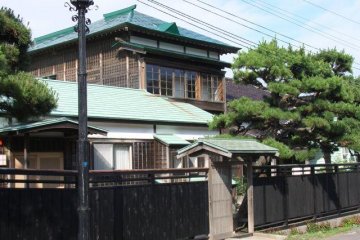 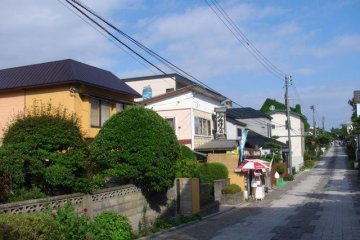 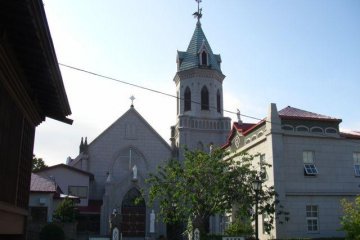 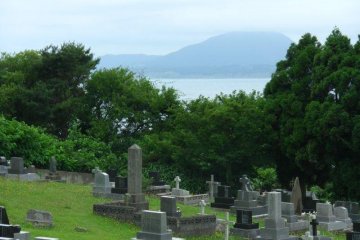 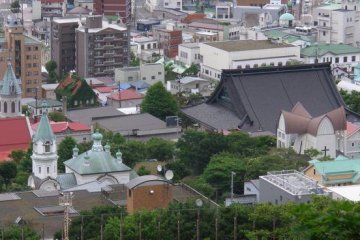