It's not due to the shape of this island that it got the nickname of "rabbit island" but because it is completely overrun with the cute, fluffy bunnies. The reason for the healthy population dates back to WWII when the island was used to produce chemicals to be used in combat like poison gas. The rabbits were brought to the island to test the effects of the poison, but once the war ended they were freed by the workers. The rabbits you now see around the island may be many generations down the line from these test bunnies. Some reports say the bunnies are descendants of rabbits released by elementary school kids- maybe the truth is a combination of both stories. Regardless, the presence of the rabbits has created a popular attraction to the island.

Located about an hour's drive past Kure from Hiroshima city is the island of Okunoshima. The island is now a popular day-trip destination or weekend or holiday vacation spot. There is a good sized hotel (resort) with hot spring bath, restaurant, pool (in summer) cycle and walking paths, kid-friendly museum and it is also possible to visit the abandoned site of the chemical factory if you are interested.

Despite the beautiful, family-friendly view of the island and its surroundings. The island's wartime history was quite different. For the 16 years it was operating, the island was kept off maps and residents told to keep its poison gas factories secret. According to this Japan Times article, the island produced 5 types of chemical gas which was mostly used in warfare in China. While working at the factory, many workers (including children) also died during manufacturing. Some argue the island might not be completely safe as there has never been any major decontamination of the whole island and there are apparently some sealed locations remaining which may have poison stored at the end of the war. So, perhaps best to stay on the official walkways and paths on the island. The hotel, museum staff, tourist information and local government do not mention any remaining problems and advertise the island as completely safe. I guess this is another reason to enjoy all the healthy bunnies jumping around the island.

Walking around the lush island enjoying the beautiful Seto inland sea views is a day you will enjoy. There is a family friendly nature museum full of fun activities for the kids. There is also a more serious poison gas history museum full of facts, details and wartime relics (unfortunately very little is written in English).

The main Okunoshima resort is a good resource while on the island. The lobby has a restaurant, cafe, small shop with snacks and souvenirs and the front desk can arrange a variety of activities on the island to enjoy from walking trails to sports.

Pellets of rabbit food are sold in the hotel lobby, although we found the rabbits preferred cabbage leaves and carrots which we had brought from home. It was fun for all of us to feed the fluffy little bunnies, not annoying like the deer on Miyajima island that are only cute until you have food in your hand. They seem very well fed and protected by the residents and visitors to the island.

The National Park Resort Okunoshima 'resort' hotel website (japanese) has information about walk tours and rentals available on the island as well as hotel rooms, food deals and other services.

This Japan Times article on wartime history of the island by Eric Johnston outlines the history of the chemical making during wartime and poses questions on the current safety of the island. Another interesting piece on the island comes from a traveler writing for Coilhouse. A favorite is a beautifully written travel review by a travel writer for Metropolis online magazine.

I've been living in Hiroshima since the mid 90's & still discovering new things to enjoy. I'm a big fan of both the old "wabi sabi" as well as modern and new designs, Japan offers both of these type of places to explore and enjoy. Even after many years here, I am still discovering surprising, fan... 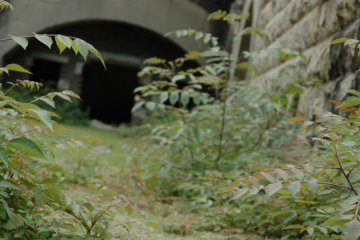 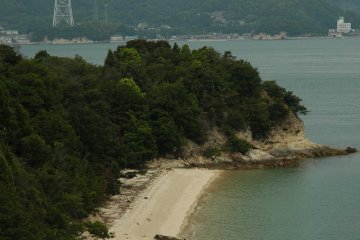 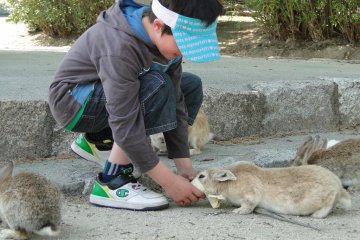 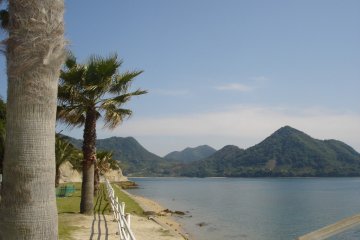 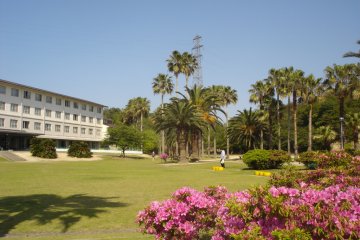