Japanese beer has been dominated for years by a handful of large breweries that produce drinkable but unexciting lager. Any beer drinker who has spent even a short while in Japan will know Kirin, Sapporo, Asahi and Suntory, and will likely not have any strong preference for any of them, although they can be distinguished with practice. Not so long ago, the law was changed to allow independent brewers to sell their own beer, and since then, craft breweries have popped up all across Japan.

The interesting military port city of Kure has its own beer, named “Kure Beer”, which also bears the subtitle, “kaigun-san no mugishu”, or “the navy’s beer”. Kure was where the mammoth, ill-fated battleship Yamato was built and based, and the ship is featured in silhouette on the bottle labels, along with the rising sun flag of the old imperial navy. Although Japan’s navy was famous for the high quality of its vittles even when the rest of the country was on very short rations, I’ve never heard that they had their own beer, so I can only imagine that this is nothing but a pleasant marketing conceit.

If you visit Kure to see the Yamato museum or its other attractions, you can try Kure Beer at the Kaigun-san no Mugishu-kan restaurant, just a short walk from JR Kure station and the naval museums. The restaurant has a subdued interior, with lots of dark wood. Listenable jazz plays in the background. The menu is quite extensive, and some of it’s in English. Last time, I went at lunchtime. I ordered the garlic fried rice with ham and egg, and after much agonized deliberation, the pilsner. I’ve had their weizen before and it was so good, I was loath to risk anything else. Nevertheless, the pilsner was excellent too—it was sharp, dry, bitter and sparkling to the last drop, with very tight bubbles that I haven’t encountered before. It complemented the fried rice beautifully. This too was very wholesome—plenty of garlic, ham and eggs, with just a hint of butter.

The service was friendly and cheerful, and the waiters were glad to talk about beer (in Japanese). Another bonus is that the restaurant has free Wi-Fi, one of the few places in Kure to provide it. 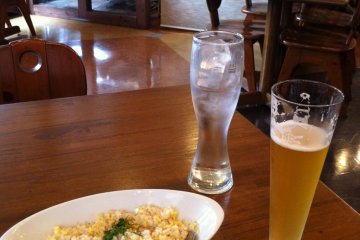 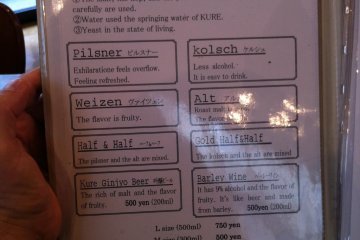 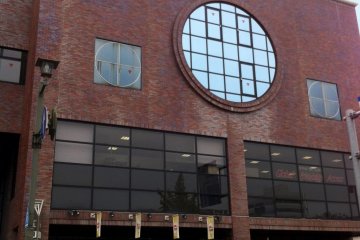 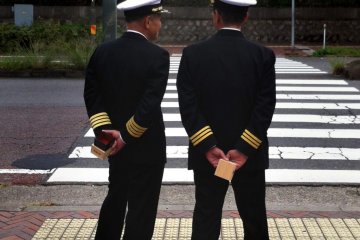